The Austrian Schilling and Krone: Austrian Money Before the Euro

You know that Austria, like many other EU countries, uses the euro as their currency. However, did you know that the krone and schilling were being used centuries before the circulation of the euro? Let’s dive into the history of Austrian money.

You might travel to Austria for the castles or the fantastic architecture, or you might want to ski in the Alps. There’s no reason you shouldn’t know more about this country’s rich and convoluted history, and no better way to start but with - money. 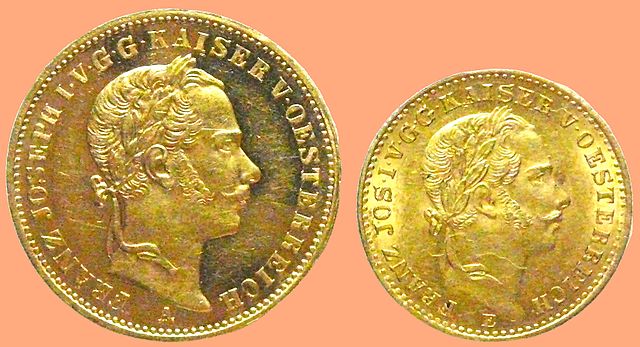 Austria became a republic as part of the peace agreement after the First World War, and that is when the history of solely Austrian money began. Nevertheless, it is important to mention that during the Austro-Hungarian Monarchy, several currencies and coins were used throughout the ruled land.

One krone was divided into 100 hellers, the symbol was K, and it was used in Liechtenstein as well as Austria.

The Austrian krone is worth about $0.35, while the Euro is approximately $1.30. Furthermore, krones or crowns are still used in some of the EU countries, such as Norway, Sweden, and Denmark.

The Austrian schilling was the currency of Austria on and off during the 20th century. It was introduced to replace the krone, which had been used since 1892. The Austro-Hungarian Empire was dissolved between the wars, and Austria became an independent state within the German Reich.

This currency was introduced during the reign of Emperor Franz Josef I in 1867. At that time, it replaced both the old Austro-Hungarian gulden and the German Thaler. The Austrian Schilling was officially called the "Guldengroschen." In 1918, the name was changed to "Schilling," meaning "silver shilling."

The National Socialists took power in Germany, and the following day they declared Austria a "German nation." It was forced to adopt the Deutschmark as its new national currency. On June 30, 1938, Nazi Germany annexed Austria into the Third Reich. This marked the end of the Austrian schilling for the time being. 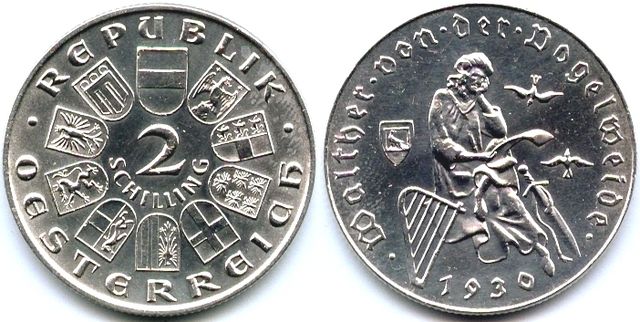 After the war and until the euro was introduced, the Austrian schilling was an official currency with a few different denominations. Most-used coins during that time were 5 and 10 groschens, as well as 1, 5, and 10 schillings. Schilling coins with higher value were rarely used, and some were minted using silver or gold, so most of them became collectible items.

At the time of the changeover to the euro, the coins in circulation were the following. Coins under 10 groschen were rarely seen in circulation during their final years.

Adaptation to the Euro

After a three-year transitional phase in which the euro was the legal currency but only existed as "book money," the euro banknotes and coins were officially launched in Austria on January 1, 2002. The period of dual circulation, during which the schilling and the euro were both recognized as legal money, came to an end on February 28, 2002.

The euro redesign in 2008 replaced the previous border design for some important Austrian plants, landmarks, and personas. People like Wolfgang Amadeus Motzart and Bertha Von Suttner can be found on one and two-euro coins.

Money and Spending in Austria Today

The mid-market rate represents the real exchange rate, free of any misleading added fees. Make sure you get a fair rate when you buy your travel money by using an online currency converter before your trip to get a sense of what your money is worth.

The deceptive technique of being asked to pay at an ATM in your currency leads to many tourists paying more than necessary. To save money and obtain the greatest deals, always opt to pay in the local currency, in this case, the euro.

Planning a trip to Vienna, Graz, Linz, or another beautiful city in Austria? Don’t forget to exchange your national currency for euros forehand. You usually need cash upon arrival, and you don’t want to pay airport exchange office fees.