Everything You Need to Know About Indonesian Rupiah

Indonesia is an emerging economy that languished for many years under dictatorship and economic instability. Over the past 20 years, the country has stabilized with more traditional forms of democracy and has seen a steady rise in production and economic activity. Collectors and investors alike are beginning to notice the Indonesian Rupiah as a true source of value.

To get a deeper understanding of the currency, we will give you a brief history of the country, the Indonesian Rupiah currency, and the economic situation. This will help you on your journey to determine if this currency is right for your collection or portfolio. If you’re a traveler, we’ll show you what you need to know about exchanging Indonesian Rupiah.

There is evidence that people have lived in the Indonesian isles as far back as recorded history goes. It wasn’t until 700BC that the natives began organizing into larger societies when they began to make bronze and iron. At this time, wet rice cultivation arose leading to cooperation between Indonesian villages to regulate the supply of water to rice fields. This organization lead to the beginning of organized kingdoms within the islands.

Around 400 BC, Indonesians began trading with China and India. Buddhism and Hinduism were introduced into the country as a result. By the 8th century AD, the Indonesian kingdoms flourished. The Hindu kingdom reigned in central Java and a Buddhist kingdom in Sumatra. This Buddhist kingdom continued to grow and control more territory among the Indonesian isles becoming a center of Budhist learning. In the 13th century this empire broke up into several separate states.

Around this time, Islam was brought to the islands through trade with Arabia and India. It continued to spread throughout the region and eventually became the dominant religion of the islands. After the dissolution of the strong Buddhist kingdom, the Hindu Majapahit kingdom flourished throughout the 13th and 14th centuries. By the beginning of the 15th century, the empire began to decline.

Because of the span of territory, Dutch control during this colonial period remained tenuous. Dutch military were continually squelching rebellions in Java and many of the other islands. The struggle continued until the early 20th century before the Dutch could claim full control over every island that makes up the country’s current boundaries.

World War II ended Dutch rule, and Germany’s invasion of the Netherland weakened Dutch power internationally. Japan saw this weakness extend into their Pacific territories and saw an opportunity for invasion. Indonesian saw Japan’s occupation as a step toward independence from foregin rule. Initially Japan encouraged independence movements that had been suppressed under the Dutch. After the Japanese surrender in 1945, Sukarno, a local Indonesian leader proclaimed independence and became president. 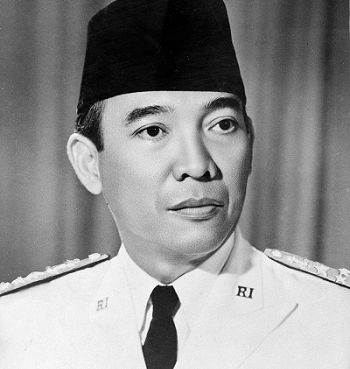 The Dutch attempted to reestablish their rule over the region after World War II ended, but they formally recognized Indonesian independence in 1949. Originally, Indonesia organized the government as a parliamentary democracy, but President Sukarno established a more centralized, militarized system in 1957. In October of 1957, the army took over the remaining Dutch companies and became wealthy.

The military control of the economy eventually led to economic collapse in the 1960s spiking raid inflation. President Sukarno granted powers to General Suharto to restore order following a rise in Communist rebels during the economic chaos. Sukarno eventually lost popular support and General Suharto ruled as a dictator beginning in 1966. Order was quickly restored under his rule and the economy recovered.

Indonesia has oil reserves which had been exploited but after 1973 the country benefited from oil wealth. Throughout the 70’s and 80’s Indonesia became more productive but unfortunately many remained poor and in 1997 they were hit by another financial crisis. Riots occurred and Suharto resigned in May 1988. The county returned to a traditional democracy with elections occurring in 1999. By the beginning of the 21st century the economy began an upward expansion and has continued to be stable and grow steadily.

History of the Indonesian Rupiah

The first appearance of banknotes in Indonesia was under the influence of the Dutch through the United East Indies Company in the early 1800’s. The Netherlands Indian gulden banknotes and coinage. These systems of currency continued even through the Japanese occupation. Japan changed the name of the currency to the “roepiah” in 1943. 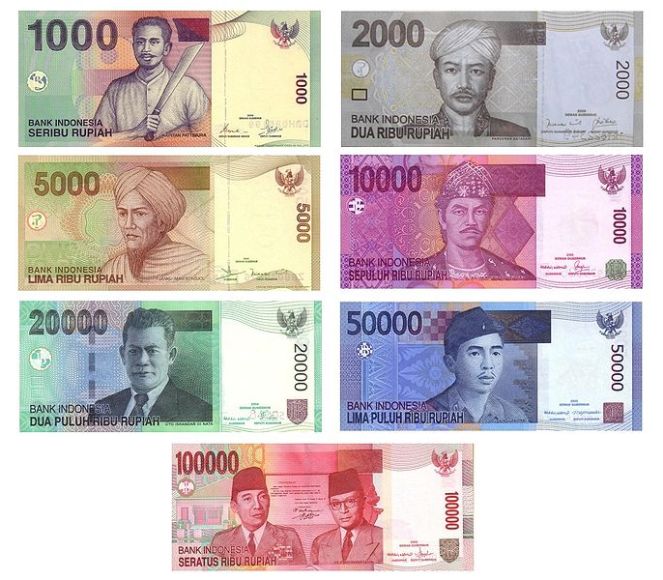 The first Indonesian rupiah notes were issued in 1946 while Indonesia struggled for independence with the Dutch. Once the Dutch withdrew and agreed to Indonesian independence, the rupiah was confirmed as the Indonesian currency in 1949. Since that time, Indonesia’s economy has steadily improved and the country is evolving into a manufacturing hub for American and European companies.

The international currency code for the Rupiah is IDR. The name “rupiah” is actually borrowed from an Indian Sanskit word for silver. Informally, many Indonesians will refer to the currency as “perak” which is the Indonesian word for silver. The rupiah originally was divided into 100 sen, but those have been discontinued due to inflationary conditions.

Indonesia uses long wood fibers to produce their currency and protect against counterfeiting. The process of heating the fibers to make pulp is a unique process that secures the currency. Watermarks, electrotypes and security threads are embedded as well. Some notes also have holograms, Irisafe, iridescent stripes, clear windows, metameric windows and gold patches. Each note also includes tactile features so that the blind and people with visual impairment can distinguish between denominations.

Where to Exchange Indonesian Rupiah

Unless you’ve arrived off a plane in Indonesia, you won’t find many locations to exchange Indonesian Rupiah. Airport kiosks are one option, but they charge large fees, as do foreign ATMs and banks. The easiest place to buy and sell foreign currency online is to use a registered money changer like US First Exchange.

At US First Exchange, we deal in a range of foreign currencies, including exotic currencies like Indonesian Rupiah, Iraqi Dinar, and Vietnamese Dong. You can order foreign currency online and have your money shipped straight to your door in 24-48 hours. All shipments are fully insured, and we pride ourselves on having the industry’s lowest spreads. Sign up for our exchange rate alerts to track the value of Iraqi Dinar over time and find the best time to buy currencies.