Everything You Need to Know About the Iraqi Dinar

Over the last 20 years, it is hard to turn on the news without hearing stories about Iraq, often in conjunction with bombastic statements about the Iraqi dinar. U.S. involvement and media saturation has created images of chaos and destruction in most Americans’ minds.

However, Iraq is a country with a rich history and an emerging economy. Especially as Iraq recovers from the collateral damage of the Gulf War, they are growing once again. Rich oil reserves and the increasing demand for energy throughout the world give Iraq the hope of entering the global marketplace.

The dinar is the base currency of Iraq. This article will help you understand the basics of the currency along with a brief history of the region and explain why you often come across predictions regarding the revaluation of the dinar.

Today’s global political instability and economic volatility are two factors that are driving exchange rates for the Iraqi dinar, but Iraq has recently continued on a path of relative economic stability. This has helped strengthen the value of the Iraqi Dinar against the dollar since 2004, although there have again been signs of instability in the previous year.

But before we get to current developments, let’s understand the background.

History in the land surrounding modern-day Iraq goes back to the beginning of recorded human history with the rise of the Sumerian people in 3500 BCE. Writing and the wheel were invented in the region. Here are some of the major highlights in Iraqi history over the past ~2500 years:

History of the Iraqi Dinar

The Iraqi Dinar was originally introduced in 1932, replacing the Indian Rupee. The Indian Rupee had been the country’s currency, was which enforced during the British occupation. This was simply an extension of the currency used in the British-controlled subcontinent of India.

Banknotes issued between 1991 and 2003 bear the image of Sadaam Hussein on the currency. Following the 1991 Gulf War, the printing of the banknotes changed. Printing was done locally and in China. Unfortunately, the printing quality was poor. Banknotes were often of different colors and sizes due to fading inks and poorly cut paper. This brought in a wave of counterfeit bills. The counterfeit bills were often of better quality than the official banknotes. 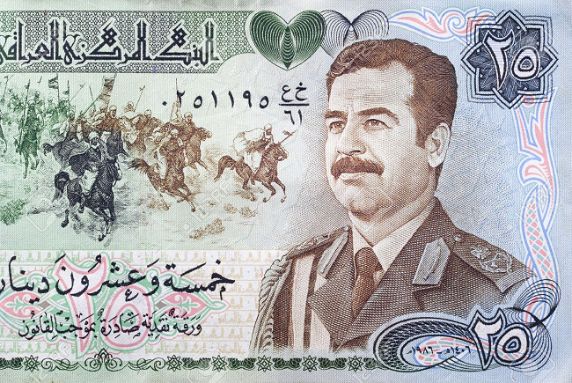 Until 2002, the largest banknote was the 250 dinar. Due to the collapse of the Iraqi dinar in 2003 following the U.S. invasion, the Central Bank issued 10,000 dinars, but many people were afraid to carry them due to fears of counterfeiting.

Locals had to carry stacks of 250 notes to conduct business transactions. The currency printed prior to the Gulf War is often referred to as Swiss notes. This is not due to the printing origin but the printing technology that produced better quality notes. In 2004, coins were issued alongside banknotes in denominations of 25, 50, & 100 Dinar.

The currency code for Iraqi dinars is IQD, and the currency symbol is د.ع. The dinar is used as a currency term in many countries influenced by Islamic conquests. The word itself is derived from the coinage used under the Roman empire, the denarius. The value of the Iraqi Dinar is strongly tied to oil production and overall political stability.

Authenticating IQD notes is often done by a De La Rue machine. These are the machines US First Exchange uses to validate all currencies we sell. Here are some ways you can spot fake dinars: 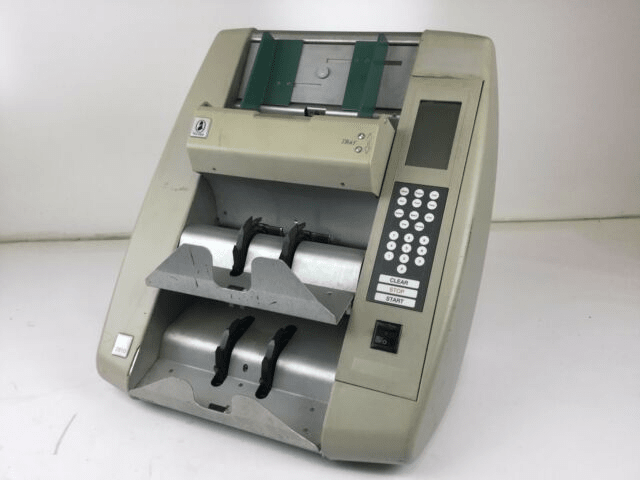 Ultraviolet lights will reveal watermarks on the bills. The most common watermark used in Iraqi dinars is a horse head. Special pens found in most office supply stores can be used and will change color when marked on the bills. If you hold the 10,000, 25,000, and 50,000 bills in the light you will be able to check for the holograms embedded in the banknotes.

There are reports going as far back as 2011 of scammers enticing people with fake predictions and taking their hard-earned money. The problem was so pervasive that the Department of Financial Institutions of Washington State was forced to issue a statement regarding Iraqi dinar scams.

The latest example of a revaluation prediction that turned untrue was in 2020. Namely, the Iraqi Central Bank announced a 20% devaluation of the dinar in December of 2020. Consequently, people who were holding dinars hoping for an upward movement of the currency lost money.

To reiterate, a revaluation is always a possibility, but accurate Iraqi dinar future predictions are hard to make and you should be wary of any ‘expert’ that claims otherwise.

There are several companies that trade in Iraqi dinars, but be careful which company you choose for buying or selling foreign currency online. If you're looking to buy or sell genuine Iraqi dinar banknotes, don't rely on your local bank as their spreads are too large, and they may not accept your Iraqi dinar without a high exchange fee.

And there is an additional problem - it can be hard to find notes as most currency exchange services and banks do not deal in this currency. The best online outlets will let you create an order for a range of exotic currencies, not just Iraqi dinar, and they'll ship them directly to your door with fully insured shipping and payment delivery.

At US First Exchange, we deal in a range of currencies, including exotic currencies like the Iraqi dinar and Vietnamese dong. You can order foreign currency online through our online platform and have your money shipped straight to your door in 24 - 48 hours. All shipments are fully insured, and we pride ourselves on having the industry’s lowest spreads.

Try our currency converter or sign up for our exchange rate alerts to keep track of your favorite currencies.