Top 15 Most Incredible Places in India

India will be the first place on the bucket list for those who love to learn about different cultures, explore the unknown, and be inspired by the vibrant colors and sceneries. As one of the seven biggest countries in the world, India offers an uncountable number of things to visit, and we could never list them all. However, there are places in India that you should not miss on your next trip to this beautiful country. 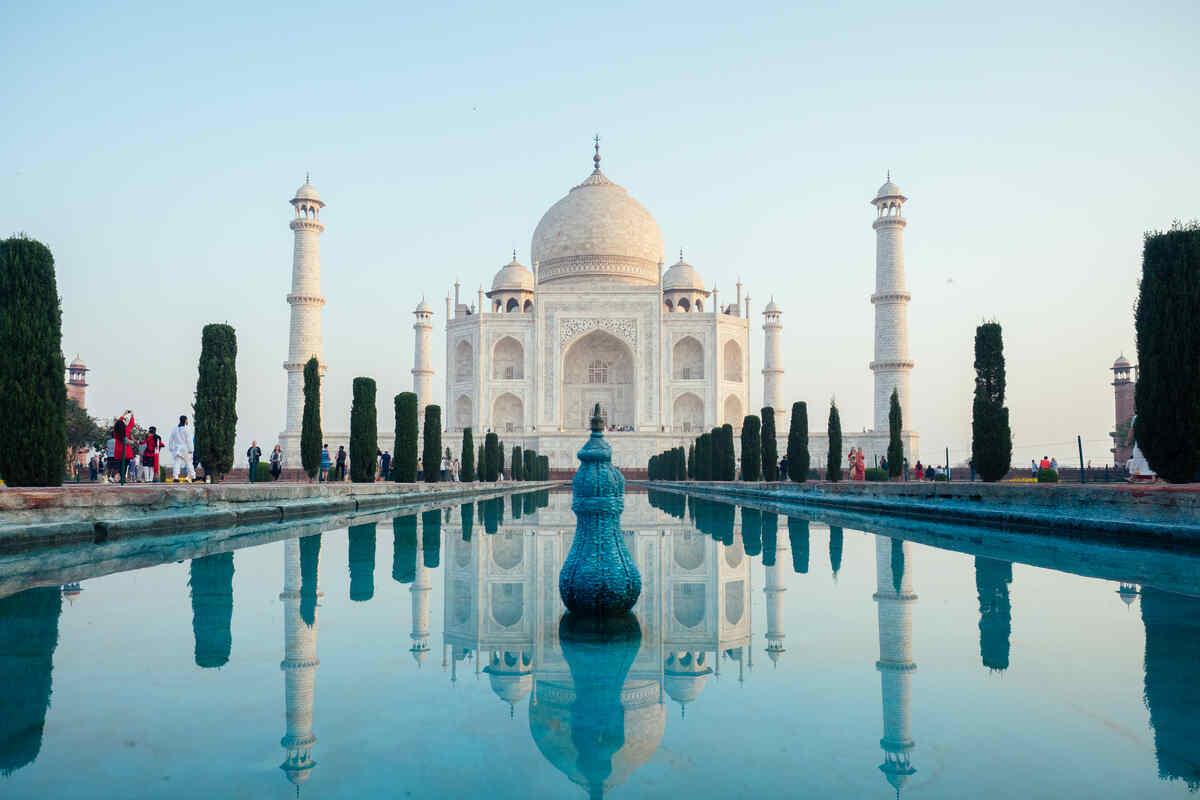 It may be obvious, but the Taj Mahal should be at the top of every list, as it is one of the most mesmerizing places in India. This seventy-meter-high white marble mausoleum was built 400 years ago as a proclamation of love. This construction is actually a tomb; in it lie Shah Jahan, the Mughal emperor from the seventeenth century, and his wife, Mumtaz Mahal.

Taj Mahal is located in the city of Agra, on the river Yamuna, and it is visited by more than 6 million people every year. It is one of the New Wonders of the World and is protected by UNESCO World Heritage. This illuminated tomb will be crowded, but visiting it is a must because there is nothing quite like it.

Varanasi is one of the holiest places in India for all Hindus because it is one of the seven sacred cities. Additionally, Buddha founded Buddhism very near today’s Varanasi in 528 BC along the Ganges riverbank. Visit the Vishwanath Temple or take present in the local ritual aarti - intended to illuminate the way for the gods.

You should go to Varanasi if you like poetry, tea, perfumes, or sculpture. Apart from being a holy city, this place in India is an important industrial center located in the country's northeast. We recommend trying Kachori sabji, a pastry filled with savory stuffing and a famous Varanasi breakfast dish. 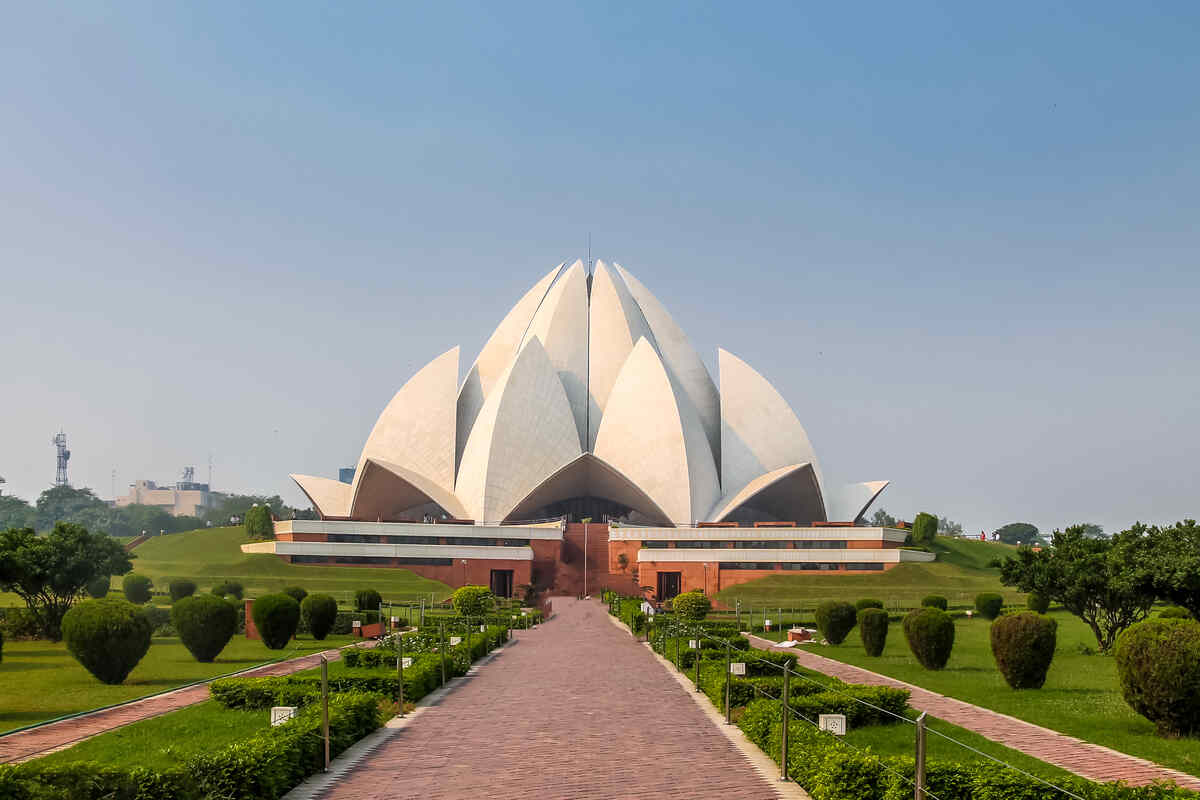 An architecturally unique place to visit in India must be Delhi’s Lotus Temple, a Bahá’í House of Worship. This award-winning building has nine sides, with three petals made from marble on each side. The marble used to build the Lotus Temple is the same used to make the Parthenon and many other Ancient Greek Temples. If you were to visit this marble flower, you would be one of 200 million people to have entered it since 1986, when it was opened to the public.

Goa is one of the most westernized places in India, with beaches that earned this area the name the Tropical Paradise of India. Goa is somewhat different from the rest of India. This is because the Portuguese ruled this area for almost 500 years, and its mentality is the product of the Hindu-Catholicism intertwines.

The Arabian sea coast is the place to be if you are interested in relaxation, tanning, parties, and overall summer fun. Many amenities can be found, including water-sport destinations, cocktail bars, sand, and palm trees. Enjoy the sunsets by the wavy sea, and explore Goa’s rich diversity.

The state of Tamil Nadu hides a beautiful gem - the coastal town of Kanyakumari, India’s southernmost tip. Visit the Vivekananda Rock Memorial, the sacred monument built to honor a Hindu monk, and enjoy looking at a sunset and a moonrise simultaneously on full moon days.

This is the place where the Bay of Bengal, the Indian Ocean, and the Arabian sea collide, so you can see all three bodies of water from the beach, as they do not mix. Once upon a time, Kanyakumari was considered the end of the world.

Hindu temples are some of the most frequent places in India to become a tourist attractions. This is because each of them is unique and mesmerizing. Not only are the temples a famous sight for visitors because of their glorious appearance, but also because the history is usually so fascinating that people like to learn more.

Kapaleeshwarar temple is just an example, with its Dravidian architectural style, colorful details, and animals made of gold. This is one of the most mysterious places in India, as it is unknown who built the temple, and there are even speculations about when it was made. Some say it was finished in the seventh century CE, but architectural experts say it is only 300-400 years old. 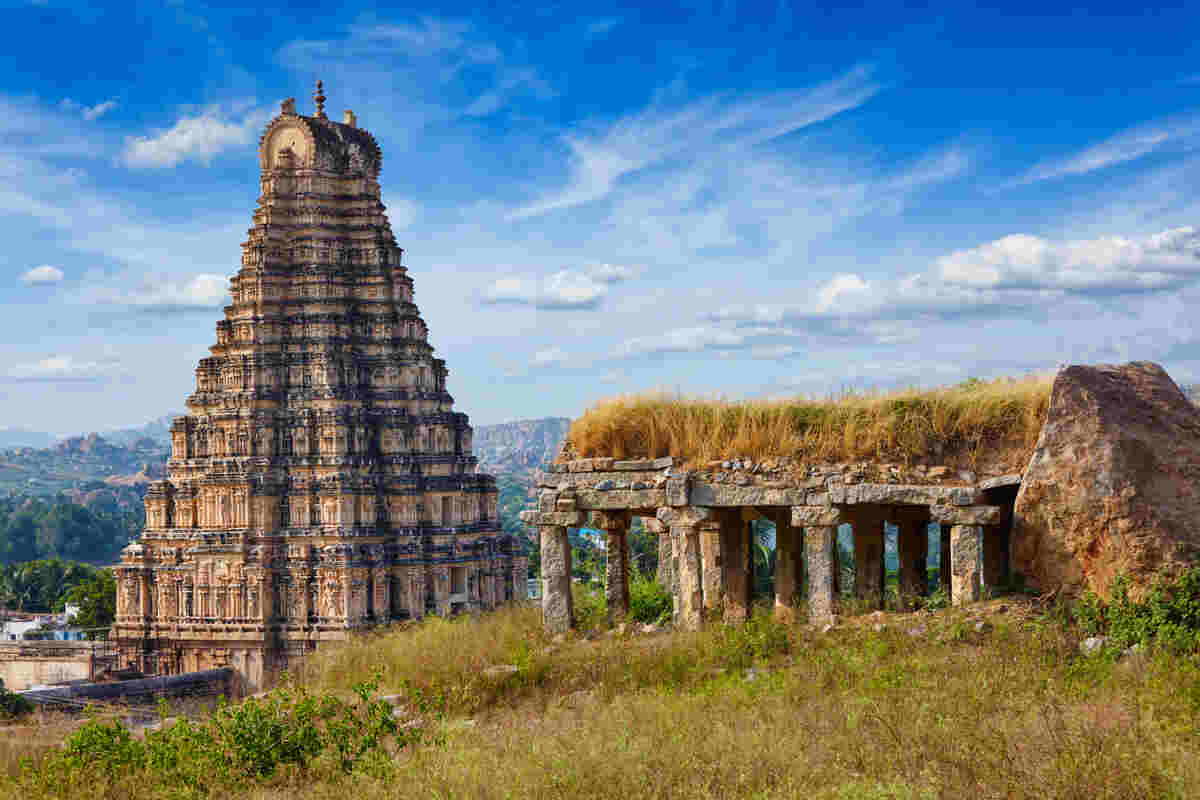 The city of Hampi was the capital of the Vijayanagar Empire, ruined by the Sultanates in 1565. Today it stands as a reminder of the glorious empire and its violent downfall, protected by UNESCO. Today, you can visit it as an archaeological site, where you can see some monuments and temples that survived the attack.

The most recognizable are the Virupaksha temple, Vijaya Vittala temple, and the Krishna temple. These complex buildings had markets incorporated into their property, so they weren’t just religious sites. These temples tell a story of a devoted, but hardworking and diverse group of people.

You probably know about the ancient trade of silk and the route that stretched from the Meditteranean to China, but did you know that it passed through India, as well? You can visit the Ladakh area, and the old city of Leh, to experience the place where several trade roads meet. This is located in the western Himalayan region.

This is one of the best places in India if you are a hiking enthusiast. Pick some of the 38 scenic routes around Leh and mimic the steps of ancient traders. There are longer and harder trails for adrenaline seekers, and shorter, for those who want to relax and enjoy the amazing nature.

Sri Harmandir Sahib, or the Golden temple, is the holy location for Sikhs. This magnificent building will leave you breathless with its size and brightness. The Golden temple is surrounded by a pool of water and bordered by other famous Sikh temples.

Arjan, the fifth Sikh Guru, built a sacral place in 1604 in Punjabi with four entrances to show that every worshiper was welcome; however, the Afghan destroyed it. It was in 1830 that this place of worship was rebuilt to what it is today - a marble-copper building with gold foil and one of the most beautiful places in India.

Ellora caves are the world's biggest rock-cut Hindu temple complex and a UNESCO World Heritage Site. There are more than one hundred caves, but only 34 are open for visitors, and not all are Hindu temples, but Buddhist and Jain caves, as well. The caves represent the deities prevalent in these cultures in the first millennium.

The entry fee for foreigners is 600 Indian rupees, and the best way to get to them is if you are staying somewhere near Aurangabad in the northwest of the country. If you are in Mumbai, you must travel about seven hours to the nearest Ellora cave

In the foothills of the Himalayas, there is one of the most scenic places in India - the Darjeeling Himalayan Railway. You can ride on one of the British-built vintage trains in the so-called Toy Train from Darjeeling to New Jalpaiguri.

It uses zig-zags and loops to gain altitude as it climbs to 7218 feet above sea level. Looking through the train window, you will be able to see the untouched nature and indescribable scenery that will stay with you long after you come back home.

Amba Vilas or Mysore Palace was a royal residence to the Wadiyar dynasty, which ruled this area from the 15th to 20th century. The architecture of this palace represents a mix of various inspirations and influences from the Hindu culture, to Mughal, Rajput, and Gothic styles. Besides the architectural wonder that it is, this palace has incredible art inside, so you can witness the most mesmerizing mosaics, paintings, and tiles.

Jodhpur is probably in the top 5 most popular tourist places in India. Set in the landscape of the Thar Desert, Jodhpur is most commonly known for the prevailing blue color, and therefore it is called the Blue City of India.

There are many speculations about the magic blue color - some think that the blue is honoring Lord Shiva, others think that this color keeps the houses cold, and some even think that this kind of blue keeps the termites away. Whatever the reason might be, it is an amazing place to visit in India.

Puri is one of the most laid-back places in India. It is a coastal city with many restaurants, beautiful sandy beaches, and, of course, sacral temples. We recommend spending a day at the Golden Beach or discovering the secrets of the Shri Jagannatha Temple.

Visit Puri during the winter months if you are prioritizing sightseeing, or visit it during the springtime for optimal beach activities. During the monsoon months, there is a majestic chariot festival, known as Rath Yatra.

One of the most breathtaking places in India has to be Nohkalikai Falls in Meghalaya. The local legend says that there was a widow named Likai who needed to sustain her child by working the whole day. When she remarried, her new husband was blind with jealousy because of his step-daughter, as Likai wasn’t giving him any attention.

One day he killed the little baby girl, cooked her, and served it to his wife. Likai unknowingly ate her own child and realized it too late, after which she plummeted to death from the plateau. It is believed that today’s Nihkalikai Falls were created from the tears of the falling woman.

What to Do before Visiting India

Did you know that if you were to travel to some of the more rural places in India, you will probably need cash? That is why we recommend contacting US First Exchange and ordering Indian rupees before you arrive at your destination. We can send the currency right to your address and you will have it in hand within 24 - 48 hours.