What Is Fiat Currency and Why Is It Used?

Most modern currencies are fiat currencies. Around 180 currencies around the world are considered fiat currencies, including the U.S. dollar, the euro, and the pound. This leads to the natural conclusion that fiat money is the dominant means of carrying out transactions in most markets.

But, what is fiat currency? How stable is it? What does it depend on? These are the questions we’ll answer in this article and explain some advantages and disadvantages to operating within this type of monetary system.

What Is Fiat Money?

Fiat money is the opposite of commodity money. Fiat money has no inherent, intrinsic value. You essentially have a paper bill whose value is derived from the belief that the government that issues it will ensure that it can be exchanged for goods or services.

You can think of it as an agreement between the people and a government that this specific piece of paper has some worth other than the material it is made of. Conversely, commodity money has intrinsic value – gold or silver coins always hold value because of the value of the commodity itself.

Central banks control the supply of fiat money, consequently determining its worth by printing the appropriate amount of money that is needed for a stable economy. As a central bank prints more money it leads to inflation – a rise in prices and a fall in the purchasing power of money - which is a natural process in a monetary system based on fiat currency.

This is not an issue when wages and interest rates increase proportionally. In fact, it is a positive economic control mechanism. However, when a central bank prints too much money rapidly it can lead to hyperinflation. This significantly devalues the currency and causes uncontrollable price increases that can crash a country’s economy.

Well-known examples of hyperinflation were Germany in the 1920s, Yugoslavia in the 1990s, Zimbabwe in the 2000s, and, more recently, Venezuela from 2016 onwards. All of this means that a stable economy and prudent monetary policies are key to maintaining the value of fiat currency as it, once again, has no intrinsic value of its own.

When Did Fiat Currency Come About?

Although using fiat money may seem like a new concept, the opposite is true. There is documentation of the Chinese using paper money as far back as the 7th century AD. There was an expansion of the use of paper money printed by the Chinese government in the 10th century.

While that money was theoretically convertible to gold, silver, or silk, it was not done in practice, which effectively made it fiat currency. This could be considered the first instance of the use of true fiat currency.

Since then, the use of paper money not backed by a commodity has been attested numerous times throughout history, often during major wars when gold or silver was in short supply. The modern, widespread use of fiat currency came about in the 20th century when most countries started switching to this model.

As far as the U.S. dollar is concerned, 1971 can be considered the year when the dollar truly and fully became a fiat currency. Then-president Nixon introduced economic measures that canceled the direct convertibility of dollars to gold, i.e. the dollar was no longer pegged to gold.

As with most economic concepts, there is some disagreement on the definitions. Some would consider the dollar a fiat currency even before that, but none would say that it was anything but after 1971.

The Advantages and Disadvantages of Fiat Currency 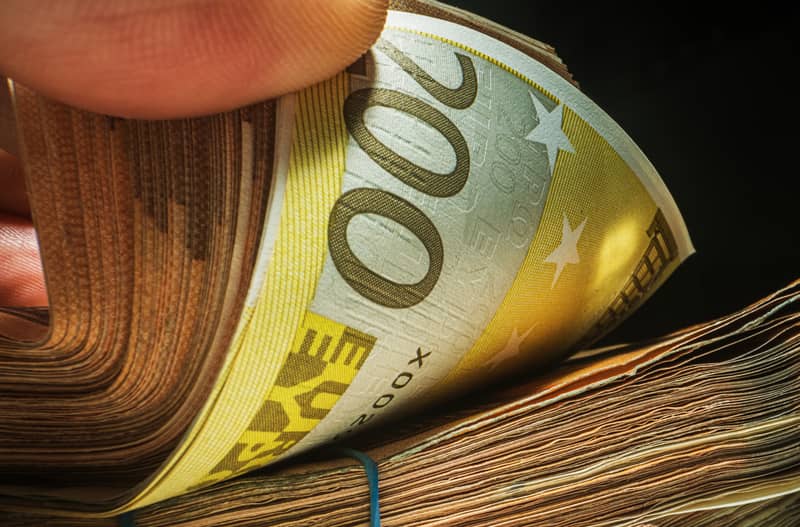 Just because fiat currency is dominant currently, that doesn’t make it without fault. The biggest risk of using fiat currency is that it could lead to hyperinflation, as was previously mentioned. Responsible printing of paper money and good monetary policies are the building blocks of a strong economy that uses fiat money.

Conversely, there are good reasons why the use of fiat currency is so widespread. Fiat money is easy to produce and use, making it the most effective way of facilitating transactions. Further, and possibly more importantly, it allows central banks to control the supply and, consequently, the liquidity and interest rates, which can keep an economy stable if done properly.

Plus, because the supply of fiat money is controlled by a government, there is less risk of unexpected, rapid devaluation because a new commodity has been discovered. For instance, when a currency relies on gold, discovering a large enough new source of gold can destabilize the currency.

Similarly, major outside influencers could control the supply of gold, intentionally manipulating supply and demand to distort the value of currencies. This practical aspect of specific institutions controlling the supply of fiat money allows it to be more stable than commodity currencies.

Fiat money is legal tender whose supply is controlled by the government that issues it and is not reliant on a physical commodity. The use of fiat currency is not a new concept, but it has become dominant globally since the 20th century. The main risk with using fiat money is hyperinflation – which can happen if a central bank irresponsibly prints money.

However, the advantages of using fiat money outweigh the potential risks and fiat money is here to stay. If you want to exchange fiat money from around the world, US First Exchange offers numerous exotic currencies at competitive rates. We will safely deliver clean and crisp bills right to your doorstep.