Stunning Greece: What Is Greece Known For?

Greece is one of the most popular destinations in the world for a good reason. Regardless of where you go, you’ll see beauty, nature, culture, and rich Greek history. But what is Greece known for?

However, we can’t overlook Greece’s beautiful islands and beaches, making it one of the top countries to visit in summer.

Without further ado, let’s discover what this country is famous for and some of the best things to do in Greece. 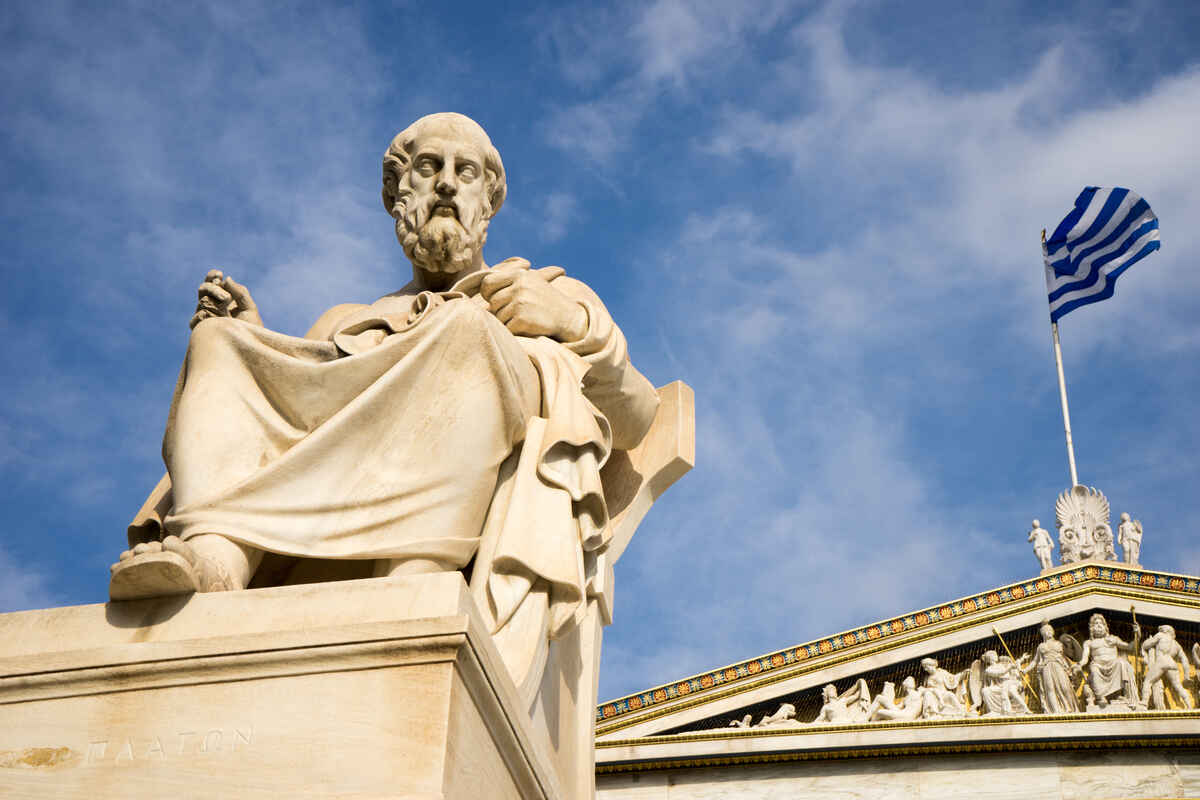 Greece is the birthplace of western philosophy, with Socrates being considered the father of western philosophy. He came up with the method of asking questions to find out the truth, directing philosophy away from the strict exploration of natural science to branch into existentialism and morality.

Socrates’ students also left a significant impact on western philosophy and science. For example, Plato founded his own school of thought. And his student, Aristotle, made extremely proliferate and multiple contributions to science and philosophy that remain the basis of western thought.

Thales of Miletus is considered to be the father of western science. Thales was the first person who had the approach of using scientific explanations for natural phenomena, effectively encouraging scientific and philosophical thought.

Thales is also the first one who formed hypotheses and developed general principles. He introduced many mathematical and scientific concepts from Egypt and even developed some concepts himself, such as Thales’ theorem.

Hippocrates is considered to be the father of western medicine. He’s the first physician to declare that illness was a condition caused by physical illness-creating elements, such as a bad diet, rather than a punishment sent by the gods. Moreover, he set the foundation for a physician’s ethics and practices, which yielded the Hippocratic Oath that is taken even today.

Democracy as we know it today originated in Athens. Around the 5th century BC, a 6,000-member Athenian Assembly started voting on important issues. In the beginning, it was all men.

The city-state of Athens had been ruled by aristocrats until the less fortunate (poor and enslaved) rebelled, causing so much unrest that the educated and enlightened Athenians conceived a political system that was the basis of modern democracy. The word democracy literary means “power to the people”, allowing everyone to vote on an issue.

Besides democracy, the concept of peer jurors and trial by jury was also birthed in ancient Greece. 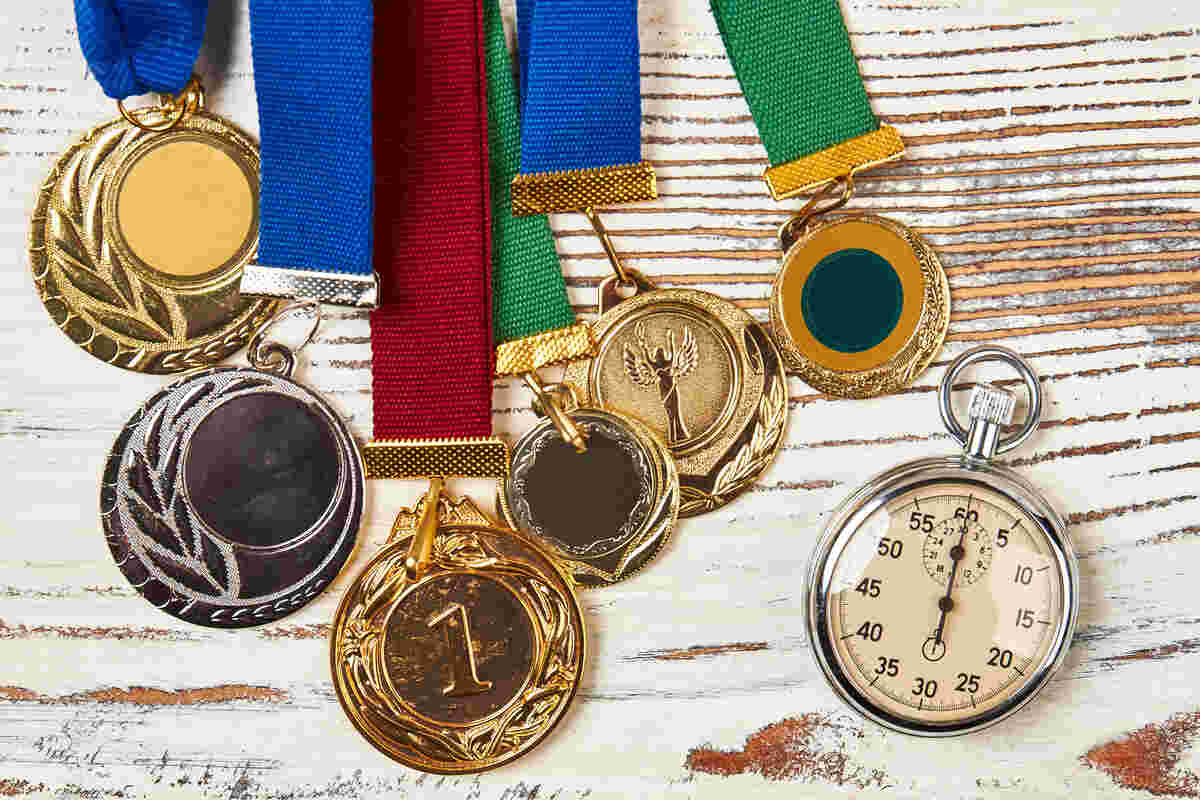 Athens was the scene of the first modern Olympic Games in 1896. However, the original games date back to 776 BC. They were held to honor Zeus and took place in Ancient Olympia. Like today, the games were held every four years, and people traveled from all city-states to participate in them. However, back then, only men of Greek origin were allowed to participate.

The Greek Pantheon and Mythology

If you’re asking: “What is Greece known for the most?”, the answer would probably be its ancient mythology. The 12 Olympian gods and goddesses were part of a significant cultural religion built around myths and legends. From Odyssey to the beginning of the ancient world to Odysseus in Home’s Iliad, mythology strived to explain every aspect of life.

The ancient Greeks were deeply religious, and you can see this everywhere throughout this country. Enormous, majestic temples in the most remote locations testify to their devotion. Interestingly, the Greek gods looked similar to humans because, according to myths, they felt the full range of human emotions such as love, joy, sadness, jealousy, and hatred. And these emotions impacted their actions like they do mortals. 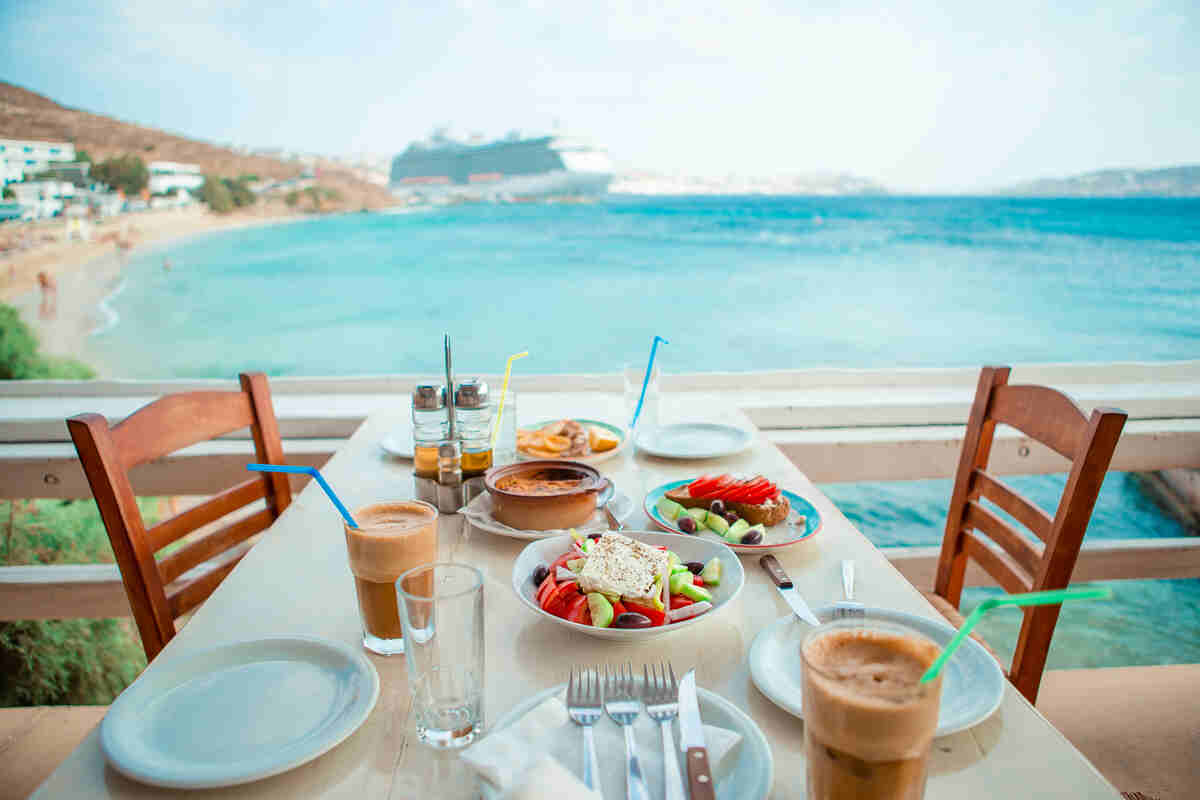 Many tourists swear by Greek food. And it’s no wonder since it’s delicious. Famous Greek specialties such as souvlaki, pastitsio, and mistakes are known worldwide.

Besides the rich taste, Greek food is also one of the healthiest foods in the world. Greek cuisine is based on the Mediterranean diet, which includes olives, olive oil, fresh fruits and vegetables, and feta cheese.

The interesting thing about this cuisine is that you can try different variations of the same dishes depending on your location, making it diverse and delicious. But like in Italy, it’s best to try your luck in local taverns rather than big tourist centers. 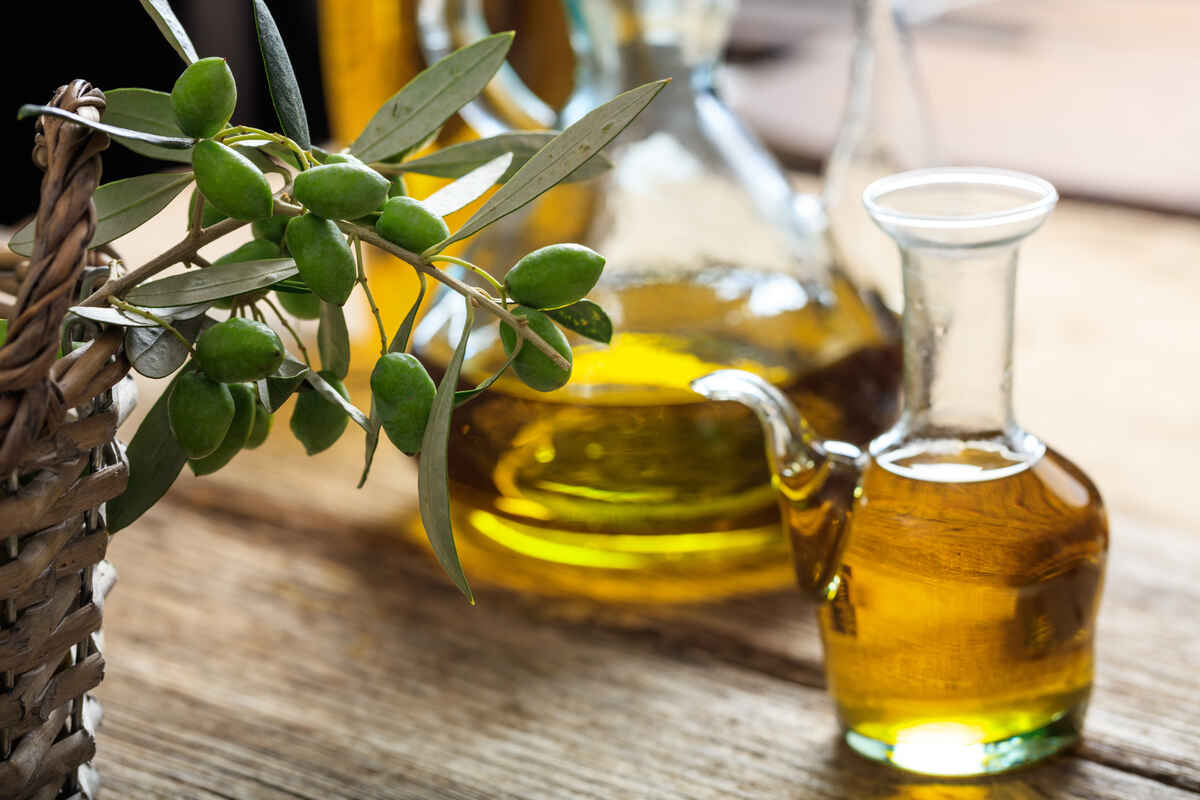 Greece is one of the largest producers of olive oil globally, and the Greeks seem to be obsessed with olives. Here, you can find olive tastings, olive tours, t-shirts with olives, and even olive museums. Needless to say, olive trees are everywhere.

The legend says that the Olympian gods Athena and Poseidon competed about who will be the capital city’s patron. Poseidon offered the sea to the locals, whereas Athena gave them the first olive tree. It’s not hard to guess who won since the capital’s name today is Athens, proving just how much the Greeks love olives.

Theatre is another thing Greeks are known for. They invented theatre along with its many genres, including comedy, tragedy, and satire. However, the first theatre shows were actually ritual activities. Then, over time, they evolved into sensational art as we know it today.

The word theatre also came from ancient Greece, but back then, it had a broader meaning, including religious rituals, performances in festivals, athletics, law, poetry, music, weddings, and funerals. Even today, Athens is the most theatrical city, with an impressive number of 148 theatres.

Greek houses thousands of magnificent Orthodox monasteries and churches. However, the ones Greece is famous for are a bit peculiar.

The Meteora temples are unique attractions you won’t see anywhere else in the world. They sit on tops of natural rock pillars, creating an otherwordly landscape.

There are also mystical Mount Athos monasteries. These holy temples are under the direct jurisdiction of the Ecumenical Patriarch of Constantinople and have their own rules, strictly forbidding the entrance of women. Even men have a challenging time exploring these mystical churches. If you want to pay a visit, you need to request a special permission and wait around six months before you’re allowed to visit. 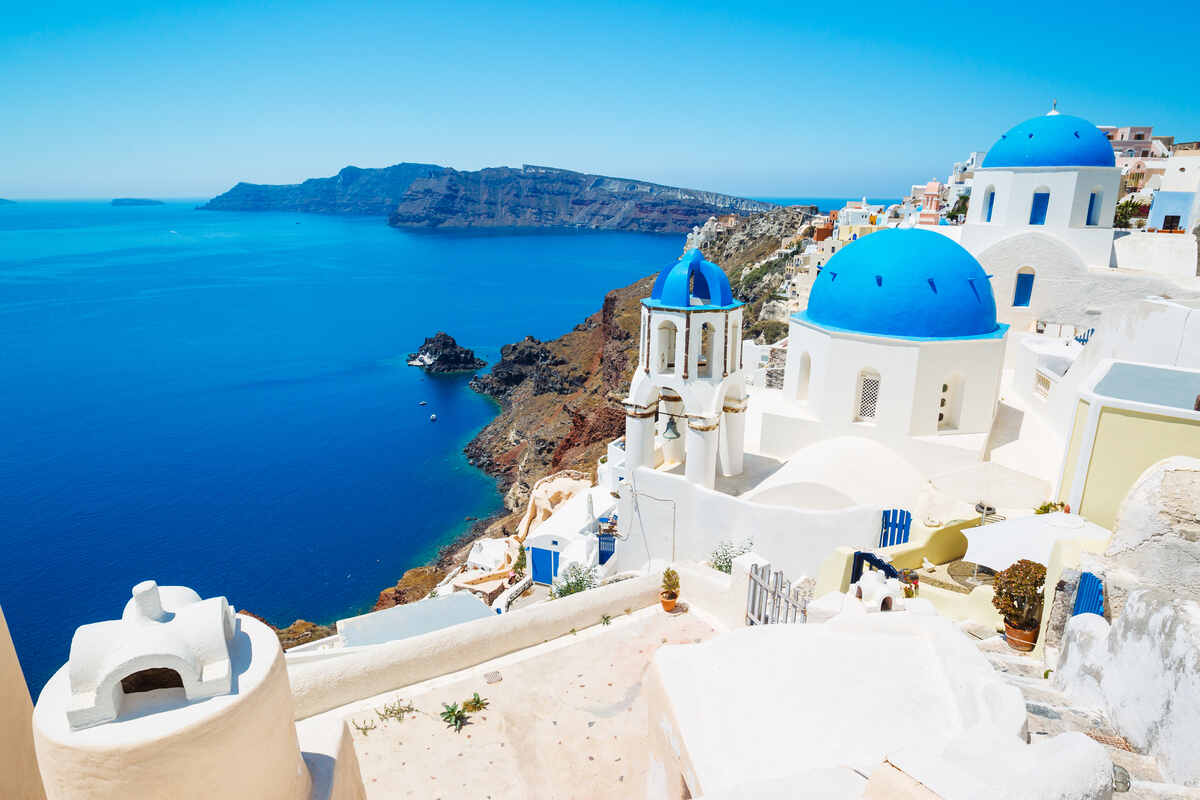 But what is Greece known for besides culture, food, and religion? The answer is clear - majestic Greek islands. Perhaps the first thing that comes to mind to most people is spending the holiday on one of the magnificent Greek islands. Scattered across the Ionian and Aegean seas, the Greek islands offer you a chance to enjoy crystal blue waters and hot sun and relax.

Crete is the largest island in the country and the place where the great prehistoric Minoan civilization was located. Then, there are the Cyclades in the heart of the Aegean Sea, offering stunning landscapes and exciting nightlife, such as Mykonos and the volcanic Santorini.

However, the Greek islands are known not only for their breathtaking beaches but also for their significant historical and cultural characteristics. That said, one of the best things to do in Greece is to take a tour with a local guide who will tell you all the details about these beautiful Greece tourist attractions.

Athens and the Acropolis

If you’re wondering what to do in Greece, make sure to visit Athens. It's the capital and the largest city in Greece, making it one of the most popular Greece tourist destinations. Besides that, the most famous landmark in this country is located in the heart of Athens - the Parthenon. This UNESCO World Heritage site is a symbol of Greek ancient history and civilization.

Back then, the Acropolis was the most sacred place in entire Athens, where most buildings were temples. The site also included statues than honored the Greek pantheon. And the best-preserved and most famous temples are the Parthenon and the Erechtheion.

Here, you can still see the sacred ancient olive tree that, according to legend, the goddess Athena gave to the Athenians. That said, if you love the fusion of ancient and modern culture of Greece, Athens is the place to be.

Get the Most out of your Trip to Greece

If you were wondering: “What is Greece known for?”, now you have the answers. Of course, Greece is famous for many other things besides its culture, religion, food, and beautiful islands and beaches. With so many activities in Greece to enjoy, it’s no wonder why so many people consider it the ultimate vacation spot.

If you’re planning to visit this impressive country, make sure to prepare yourself beforehand. That’s especially true when it comes to currency exchange. Like in any other country, it’s always a good idea to exchange your money before your trip to avoid any currency-related issues, such as high rates.

While we’re at it, why not exchange dollars for euros from the comfort of your home at competitive rates? US First Exchange offers you one of the best ways to convert dollars to euros and even save some money. You only need to order online through our website, and we’ll deliver the currency of your choice right to your doorstep in no time.