When Is the Best Time to Visit Mexico?

Mexico is a vast and diverse country, both culturally and geographically. From the beaches of Baja California to the Sierra Madre mountains, Mexico’s topography can provide something to any visitor at any point in time. Thus, there is no best time to visit Mexico. We should be clear on that.

However, there is a best time to visit Mexico if you are looking for something special. And that’s what you’ll find in this article – a breakdown of the best time of year to visit Mexico for the weather, or for specific events, or specific locations. With a few tips for using the Mexican peso and how to get off cheap added on top. So, let’s get to it.

December – February: The Best Time to Visit Mexico for the Weather

December, January, and February are part of the dry season in Mexico and are definitely peak season for tourism. Even though it’s winter, the weather is warm enough to hang out on any of the beaches. Many people from the US and Canada flock south during the winter, both to escape the harsher winter up north and for the festivities.

Most beaches across Mexico will be saturated with tourists, particularly from Christmas to New Year. Accordingly, the prices will also be inflated during this period, so don’t expect to come off cheap and you should book accommodations well in advance. And if you wish to visit Mexico for whale watching or the migrating butterflies, this is the best time of year.

Festivals in Mexico from December to February

March and April are typically the last months of Mexico’s dry season and the weather starts warming up significantly. There are still a lot of international tourists during these months visiting the coastal destinations, particularly during Spring Break. Holy/Easter Week is also very popular for travel, but it’s mostly domestic travelers visiting different regions. 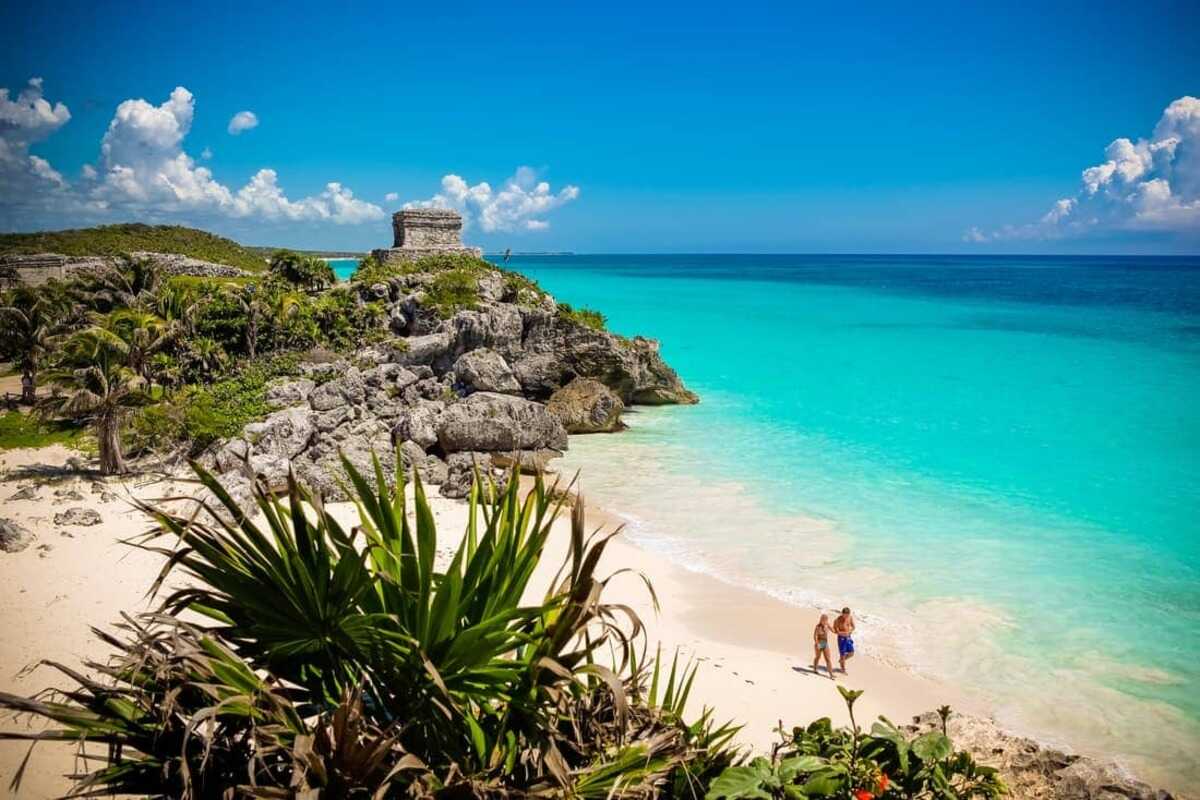 These months are the best time to visit Cancun, Mexico, if you’re looking for crowds and parties. Cancun is probably the most popular destination for US students during Spring Break. Conversely, this is the worst time to go to Mexico if you are looking for a family vacation, unless you plan to go to less popular inland regions.

Festivals in Mexico from March to April

May – July: Visit Mexico if You Don’t Mind Some Heat and Rain

May is the beginning of the rainy season in Mexico, and the climate starts becoming hot and humid. In early May, the rains start making their way from the south until they reach their peak in August - September. The days are oppressively hot during the summer months, but the afternoon rains bring the temperatures down a bit, making the weather more bearable in the evenings.

May may be one of the best times to visit Mexico, especially for a beach vacation. The temperature still hasn’t become smoldering, international tourists are few and far between, and the domestic traveling season hasn’t started yet. The prices will be lower and you won’t have to fight for your spot on the beach.

If you’re looking for a bargain, June and July may be your top choice. The heat and humidity drive off most tourists, so you’ll have no trouble finding cheap lodging. July is a bit more crowded as that’s when Mexican schoolchildren have their break, but it’s mostly domestic travelers and during the weekends.

Festivals in Mexico from May to July

August - September: Heat and Humidity at Their Peak

August is the hottest month of the year in Mexico and the heat is truly oppressive. The rain is so heavy you will need to have some indoor activities planned for your trip. On top of that, August – September are hurricane season. There’s a good reason almost nobody visits Mexico during this period.

On a positive note, you can get even better deals than you would in June or July. And the International Mariachi Festival is held from late August to early September in Guadalajara, where both Mexican and international musicians come to show off their skills for a full eleven days.

On top of that, Mexico’s Independence Day is held on the 15th and 16th of September, with large crowds gathering to celebrate. So, August and September aren’t bad months to visit Mexico, but only if you are 100% sure you can withstand the weather.

Festivals in Mexico from August to September

October – November: The Tourist Season in Mexico Is Slowly Picking Up

The temperatures start falling and the rain starts easing up in October all through November, until the dry season starts again. Tourists are starting to trickle back in right before December peak season hits.

You’ll likely get better deals in October, but November may be the best time to visit Mexico if you’re looking to take advantage of both the high and low tourist season. The weather becomes much more pleasant – it’s not too hot but perfect for swimming and the rain is almost gone.

And November has some of the biggest festivals in Mexico. The Day of the Dead is celebrated on November 1st, Revolution Day is also held in November, as is Corona Capital in Mexico City and Guadalajara (think Coachella of Latin America). If you’re a music lover and thinking – when is the best time to visit Mexico City? – November is the answer.

Festivals in Mexico from October to November

The Best Time to Visit Mexico Depending on Your Destination

We’ve talked about the best time of year to visit Mexico in general terms, but Mexico’s topography is truly diverse. Consequently, where you’re going is just as important as when you’re going, so that should be discussed as well.

You should plan your trip for November to March/April if you want to take full advantage of the perfect weather. From the Yucatan to the Pacific Coast, the weather is dry and not too hot, making these months the best time to visit Mexico (if crowds don’t bother you, that is, as the rest of the world also flocks to Mexico’s beaches during these months).

On top of the weather, you can witness a truly unique event: 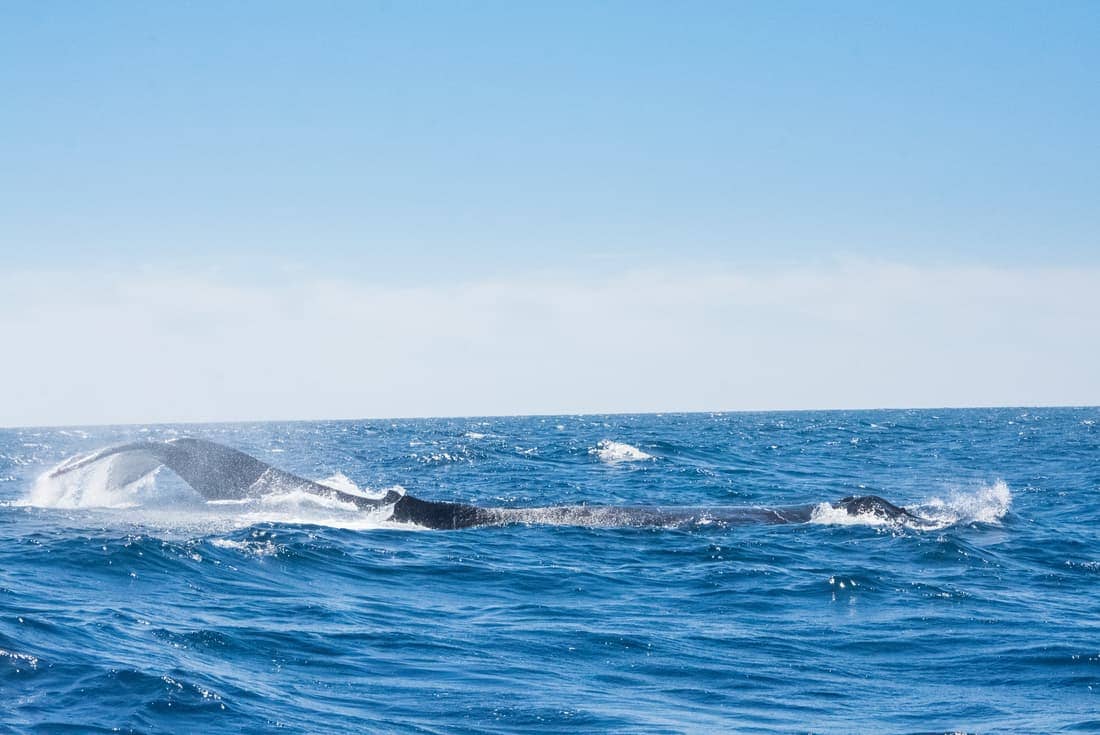 From December to March, blue, grey, and humpback whales migrate to Mexico’s Pacific Coast to escape the cold of the northern waters. They migrate here to mate and bear their young, and you can find them from Baja California to Oaxaca. The whales aren’t shy, particularly the humpbacks, and you should have no trouble spending days whale-watching.

Mexico’s jungles are filled with archaeological sites and wildlife preserves. However, the rainy season that starts in June is very intense and August to October is a dangerous hurricane season. To truly enjoy the Mexican interior, you should schedule your trip for the winter months when the weather is hot and, although still humid, much drier.

The Best Time to Visit Mexico’s Mountains and Highlands

The Sierra Madre mountains form the spine of Mexico – they stretch northwest to southeast, down the length of the country. The rainy season, like in the rest of Mexico, is from June to October/November, but the high altitudes make the rains much less intense than in the jungles or on the coast.

The temperatures in the mountains and highlands are lower than in other parts of the country. The best time to visit Mexico for mountaineering or hiking is still the dry winter months, but there is a good chance the temperatures will be colder. In short, don’t bet on a tropical vacation if you visit Mexico’s mountains from December to February.

The currency used in Mexico is the Mexican peso (MXN). In popular tourist destinations, most bars, hotels, and stores will likely accept payments in dollars, but you should be very careful of the exchange rates – often, you will be charged exorbitant rates.

For instance, if you were to choose the best time of year to visit Mexico City (during the winter months), when it is filled with tourists and the prices are already inflated, paying in dollars will likely mean you’ll be spending much more money than you anticipated.

And it gets more difficult to pay with dollars if you go to smaller, less popular places. So, you should always have some pesos in cash on you. You can use dollars to pay for larger expenses – like accommodations or travel fees, but use pesos to pay for everything else.

Prepare for Your Visit to Mexico

Pick the best time to visit Mexico and prepare yourself in advance. You can order Mexican pesos online at US First Exchange and your package will arrive in 24 – 48 hours. You can also sell any amount you have left over from your trip. Whether you buy or sell Mexican pesos, you will get crisp, clean banknotes of the currency of your choosing.