The Canadian Dollar - An In-Depth Look at Canadian Currency

Canada is known for its incredibly polite folks, diverse culture, ice hockey, poutine, and maple syrup. Moreover, lots of well-known Hollywood actors come from Canada. Canada is also one of the most wildlife-abundant nations in the world, featuring breathtaking nature. But that’s not all. Canadian currency is one of the most stable and reliable currencies in the world.

Canadian currency rarely experiences devaluations, even during financial turmoil. However, criminals often counterfeit Canadian bills, so most businesses don’t accept its $100 denomination. This also means you should take care where you exchange it.

In this guide, we’ll explain Canadian currency in-depth - what you should generally know about it, where you can exchange it, and should you have it in cash. We will also provide a brief overview of its history and the recent value fluctuations.

Canadian currency is the Canadian dollar. The Canadian dollar is further divided into 100 Canadian cents. It is typically among the world’s strongest-value currencies. You can complete most of the transactions in Canada with different coins of smaller value and five bills of bigger value. All of Canada’s coins and bills showcase images of key national figures and symbols.

Just like many other international notes, Canadian currency features bright and colorful imagery. It mostly includes saturated tints of purple, red, green, yellow, and orange. So you won’t have any issues differentiating its 7 various denominations. The notes come both as plastic and paper.

Since 2011, the Bank of Canada has switched to synthetic polymer bills. This decision was made in order to make Canadian currency more difficult to counterfeit. Moreover, synthetic polymer notes last 2-5 times more than paper bills. Plus, they’re virtually water-resistant.

What is the Symbol for Canada’s Currency?

The symbol of Canadian currency has an added C before the dollar sign, in order to distinguish it from its US brother and other denominations based on the dollars. You can write it as:

CAD is also the international ISO currency code for the Canadian dollar.

Besides minting the typical Canadian coins, the Royal Canadian Mint also manufactures different “special edition” coins in a broad range of designs and denominations. This includes quite valuable coins such as:

Every Canadian coin contains a portrait of Queen Elizabeth II on its reverse side. Moreover, they have an inscription in Latin: D.G. Regina. Also known as Dei Gratia Regina, D.G. Regina stands for “Queen by God’s Grace”.

Additionally, the Royal Canadian Mint updates the Queen’s portrait a lot. This means you can easily spot, at a glance, the age of the coins depending on how Queen Elizabeth II looks on them.

Canada’s paper money is called notes, banknotes, or bills. The Bank of Canada uses them for bigger Canadian currency denominations. Their more recent design is called the Polymer Series and isn’t made of paper, but from elastic, thin plastics called polymers.

The last paper note series - called the Canadian Journey Series - started circulating around 2001. However, the Canadian Government has officially phased them out since 2011, even though people still use them occasionally. The Bank of Canada redesigns Canadian bills often - every decade or so.

Keep in mind that a lot of Canadian businesses don’t accept $100 banknotes. This is because criminals often counterfeit these large notes. Unfortunately, counterfeiting big banknotes is a broad issue in Canada. That’s why the Bank of Canada has stopped making the $1000 notes.

Who’s on Which Canadian Bill?

Who is on the Canadian 5 dollar bill? The Canadian smallest note is worth $5 and features Canada’s former prime minister Wilfrid Laurier. He was the first Canadian of French descent to lead the country.

Who is on the Canadian 10 dollar bill? The Canadian purple bill is worth $10 and showcases John A. Macdonald. He was the first prime minister and founder of Canada.

Who is on the Canadian 20 dollar bill? Although aged, the Canadian $20 note features Queen Elizabeth II. She was on the $1 and $2 notes as well, when they were still in circulation.

Who is on the Canadian 50 dollar bill? The so-called Canadian red $50 bill shows William Lyon Mackenzie King. He led Canada through the second world war and the early 20th century. He was also considered one of the most eccentric prime ministers in the world.

Who is on the Canadian 100 dollar bill? The biggest Canadian banknote contains a portrait of Robert Borden. He was Canada’s prime minister during WWI.

During the earliest history of Canada, its people utilized various currencies from different nations in order to buy and sell. Some of those included the American dollar, British Pound, and Spanish pesos. There were even unique colonial currencies local governments and banks produced.

Just like most other first-world countries, Canada has its own national bank - the Bank of Canada. It has the right to purchase and print currency to help stabilize its value. The IMF - International Monetary Fund - considers Canadian currency as one of the seven reserve currencies. This is because Canadian currency is stable and reliable even during financial crises.

Canadian currency is typically valued by comparing it to the US dollar. The Canadian dollar is always worth less than its US counterpart, but the exact value can differ a lot. This depends on various factors. During its less valuable periods, the Canadian dollar is worth only 65 US cents. But during more valuable periods, it can be worth almost as much as the US dollar. 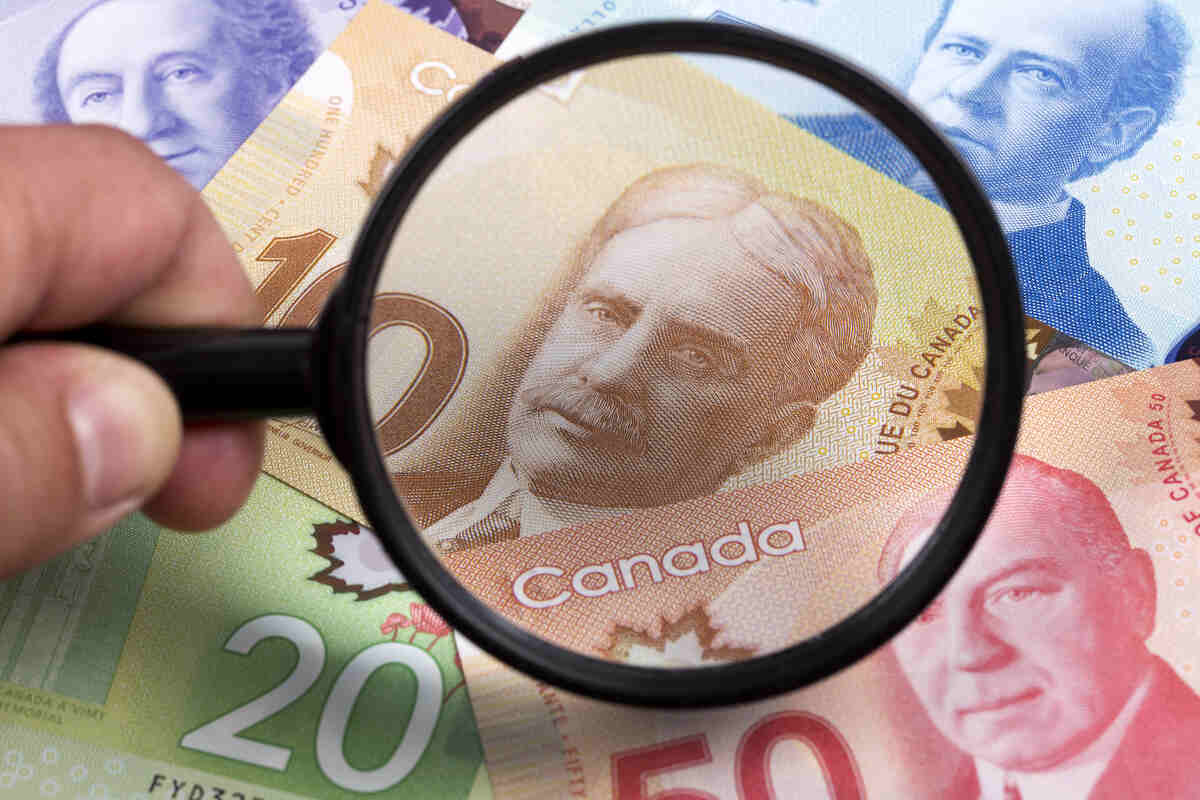 As for 2022, Canadian currency is experiencing one of the strongest performances to date. This is tied with jobs reports showing that Canada outperformed forecasts. On the other hand, the American economy has underperformed. Since Omicron settled in the US during December 2021, hiring has stalled. The US created less than 50% of the forecasted number of jobs.

Yet Canada created 200% more jobs than predicted for December 2021, even though Omicron is present there as well. This made CAD to USD exchange rate go in favor of CAD. However, job figures have been quite volatile ever since the COVID-19 pandemic began.

It’s possible that the US’s negative impact on hiring will spill over into Canada in 2022. It’s possible such job numbers won’t impact the Bank of Canada’s planned path for rate hikes and monetary tightening.

What is the Canadian Dollar Exchange Rate?

How much is the Canadian dollar worth depends on where you exchange it. But the Canadian dollar currently (as of January 2022) is worth $0.79. Keep in mind that exchange rates fluctuate based on various factors. So it’s always a good idea to use online currency calculators for accurate daily rates.

How Much is 1$ US in Canadian?

How Much Money Should I be Carrying?

Cash money, including coins and banknotes, is less and less a purchasing tool in Canada. This is since the nation is typically ranked strong as a “cash-free” society; meaning that the majority of Canada’s restaurants and stores enable buying with debit and credit cards.

Particularly since most of these cards have chip tech enabling one-tap one-touch buying via wireless payment devices. This doesn’t mean you shouldn’t carry cash. Quite the contrary. Still, remember to bring a card if a business doesn’t accept your paper money.

Where Can I Exchange Canadian Dollars?

You can exchange Canadian currency in various places, including banks, shops, and exchange kiosks. However, keep in mind that Canada is experiencing a large counterfeiting issue. That’s why your best bet is to use online exchanges like US First Exchange.

This way, you can buy or sell Canadian dollars online in just four steps.US First Exchange is known for delivering high-quality notes right at your doorstep within one or two days of your order.