Which Factors Play a Role in Establishing the Value of a Country’s Currency?

Understanding what determines the value of currency is an essential first step in making predictions on the appreciation or depreciation of a currency. From there, you can take the general factors and research them in the specific context of the currency you are interested in.

Thus, this article will explain which elements play a role in establishing the value of a country’s currency, how you can weight them against each other, and how exchange rates factor in. But, before we delve into what determines the value of currency, we should give a brief historical overview so you can understand how we got to the modern concept of currency.

A Brief Overview of Historic Types of Currency

Money concepts have not been consistent throughout histroy. The ancestor of modern money is commodity money, which is currency made from a precious metal. So, bronze, silver, or gold coins in general. In this case, it was relatively easy to determine the value of money as its value was the same as the precious metal it was made of.

Commodity money was followed by representative money, which is the direct precursor to modern currency. Representative money is money that has no intrinsic value of its own, but is backed by a physical commodity. The gold standard is the most famous example of the use of commodity money – where a country’s currency is pegged to a fixed amount of gold.

From the 18th century onward, most countries around the world started using representative money (usually based on the silver or gold standard), until after World War I when it stated getting phased out. The U.S. dollar was based on the gold standard until 1971 or 1976, depending on how you interpret it.

In 1971, then president Richard Nixon ended international convertibility of the dollar to gold, while in 1976 the Government changed the definition of the dollar and removed any references to gold. Thus, 1976 is the latest when the U.S. dollar can be considered to have truly become what it is today – fiat money.

Fiat money has no intrinsic value, like commodity money, nor is it backed by a physical commodity, like representative money. In this case, the value of money is, broadly speaking, based on supply and demand, and backed by the government that issues it. And that is the main topic of this article.

What Determines the Value of Currency?

Smart economic policies are the cornerstone for the strength of a currency. When a government prints too much money, its value decreases and leads to a devaluation of the currency, both domestically and in the international market.

The second factor is forex reserves, but this primarily refers to the supply of the dollar and the euro, to a lesser extent. Forex reserves are cash or other assets controlled by a country’s monetary authority that is used to balance payments and influence the exchange rates of the country’s currency.

The demand for a currency is determined by various market factors, such as the supply, but also trust in the creditworthiness of the country issuing the currency, the political stability of the country, the economic strength, an expected rise in value, etc.

What Are the Indicators of the Strength of a Currency?

There are several indicators that can help predict whether a county’s currency will increase in value. None of these are infallible and changes in economic policy can cause dramatic shifts in the value of a currency, but appreciation or depreciation is usually a lengthy process, so considering these factors in unison can lead to good predictions.

Inflation is the rate at which prices increase and the purchasing power of a currency decreases. Inflation is normal in a country that uses fiat money and is usually controlled by the central monetary authority, but the rate of inflation can indicate whether a currency is going strong or not.

A high rate of inflation can lessen trust in the stability of a currency and consequently lower the demand, leading to a lower value. In worst-case scenarios, governments print exorbitant amounts of money to keep up with inflation, which leads to even more depreciation and finally hyperinflation, making the value of money in a country effectively worthless.

With more capital investment in a country, the better it is for the corresponding currency. Political and economic stability and good monetary policies can lead to foreign investors flocking to a country, increasing the demand for the local currency. Conversely, capital outflow lessens the demand and depreciates the currency.

The Level of Debt

Most countries have a certain level of debt, and even higher levels of debt are manageable. The level of the national debt is usually measured in relation to the GDP (although this is a very complex subject and there are many competing theories). Regardless of how its measured, high levels of debt often lead to high inflation, ultimately devaluing the country’s currency. 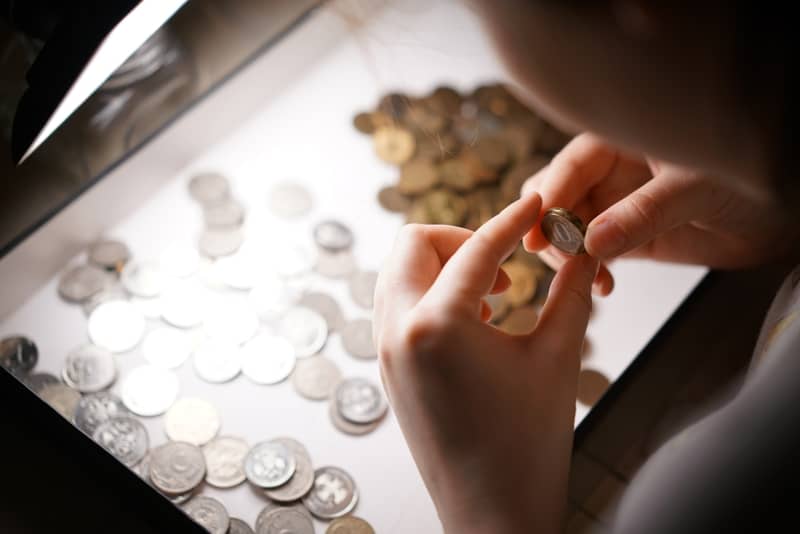 How Exchange Rates Measure the Value of Money

The value of a currency with a floating exchange rate is determined by the supply and demand in the forex market. These currencies are often more volatile compared to the previous group, but are also more interesting for speculators for that exact reason.

More autonomy allows currencies backed by a good economy to appreciate significantly. Naturally, the flip side is that a declining economy and bad monetary policies can depreciate the currency quickly. Thus, investing in currencies using a floating exchange rate is risker, but potentially more profitable.

Decided on the Currency You Wish to Invest In?

Now that you know the factors that determine the value of currency and the indicators of potential strengthening or weakening, you may choose to invest yourself. US First Exchange carries currencies from all four corners of the globe that you won’t find elsewhere. You can order the currency of your choice online and have it delivered to your doorstep.