Foreign Currency Collector’s Price Guide: How to Appraise the Value of Old Coins and Bills?

If you are an experienced collector, you can probably gauge the ballpark value of old dollar bills and coins with a cursory glance. However, not a lot of people have experience with foreign currencies so many collectors struggle to determine the value of old coins and bills, especially if the foreign currency in question is exotic.

Fortunately, the same principles that apply to the dollar apply to foreign currency as well. This article is intended to be a foreign currency collector’s guide regardless if you are just starting out or already have some experience. It will cover the basics as well the more intricate aspects of determining the value of collectible foreign currency.

How Is Value Defined?

First, we should note that the value of collectible foreign currency has nothing to do with foreign currency exchange rates, unless you are collecting coins and paper money that is still in use.

In such a case, you can quickly and easily determine the value against the dollar by using this currency converter. However, this article focuses on determining the value of old coins and paper money that is no longer in use and so the exchange rates are inconsequential.

To get back to the topic at hand, there are four ‘types’ of value for old foreign currency (much like for most other items): 1) the catalog value; 2) the buy price; 3) the retail value; 4) the wholesale value.

The buy price is just as the name implies – the price a dealer would be willing to pay you if you were to sell them a coin or a bill.

The retail value is the price a specific dealer would be willing to sell you a coin or a bill for. As with most items, the buy price will be lower than the retail price with the same dealer.

The wholesale value is the price that the dealers use when they trade among themselves or, possibly, the discounted price they would offer a buyer who is buying large quantities of coins or bills.

So, when you are determining the value of old foreign currency, you are essentially determining the catalog value. How much you can sell it for or need to pay for it will depend on the specific dealer, the situation you are in, and potentially your negotiating skills.

The 3 Factors that Affect the Value of Collectible Foreign Currency 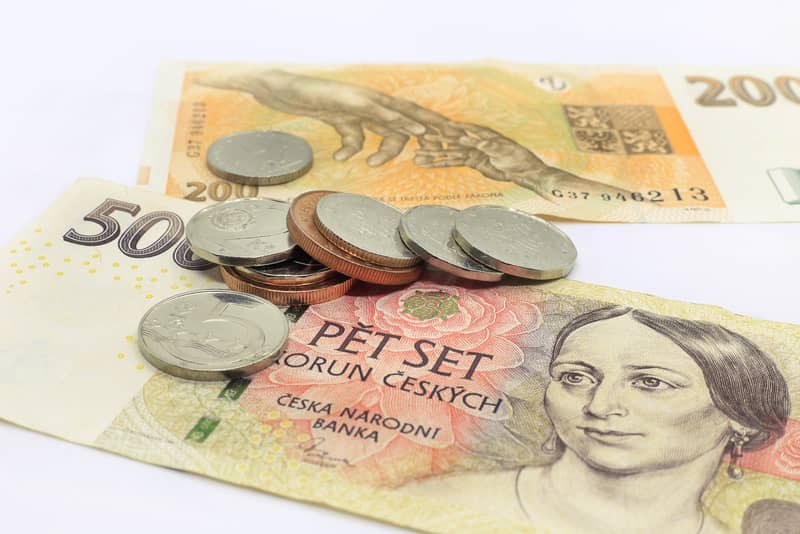 Three primary factors affect the value of a collectible coin or a bill. They are rarity, the condition/grade of the coin or bill, and the market conditions, i.e. the demand. Combining these three factors can help you appraise the value.

Rarity refers to how easy it is to acquire a coin or a bill. First, it is determined by how many were initially produced and then by how many are still around today. Naturally, the rarer the coin or bill, the higher its value.However, since the begging of the 20th century money has been printed en masse all around the world, so just because a coin or a bill is a century or more old, does not make it instantly valuable.

Let’s take German marks printed during the Weimar Republic as an example. While these notes are about a century old, a large amount was printed and they are relatively easy to obtain today. Consequently, they are not too valuable. Some hold collector value, but these are specific notes, not any and all currency that was printed during that period.

There are multiple scales that are used to determine the condition or grade of a coin or a bill, so the specifics vary. But the principle is always the same – the better the condition the bill or coin is in, the more value it has.In general, the grade goes from ‘uncirculated’ or ‘mint’ condition to ‘poor’. We should note that uncirculated doesn’t refer to the money not actually being released, but rather refers to the condition of the note – as if it were never in use.

Even small deviations in the condition of a note or a coin can change its value drastically. Grading is one of the most controversial aspects of money collecting, precisely because small details can play such a large role. Even experts have trouble determining the exact grade, but the practice is standardized, even if affected by an individual’s judgment.

If you want to learn more about how to grade coins or paper money, the American Numismatic Association provides a good coin grading guide, while the International Bank Note Society provides a good guide on grading notes.

There’s not much to say about the demand that is specific to collecting foreign currency. The market in large part determines the price, so the higher the demand for a specific item, the more money you can get for it. Naturally, the market conditions can change year to year or even location to location.

The Basal Value of Coins

Some coins hold no numismatic value because of their poor condition, but they do still hold some value in this ‘basal state’ – the numismatic term sometimes used instead of poor. The value is based on the amount of gold or silver found in the coin.

From the above, you can conclude that determining the value of foreign currency is not an easy job. If you find coins or bills that are, to the best of your knowledge, rare and seem in good condition, you may wish to consult an appraiser.

But keep in mind that most professional appraisers charge a fee for their services, so it may not be worth the time and money to hire one if you don’t believe the foreign currency you hold has any significant value. You can always do a little digging yourself before consulting a professional.

If you wish to buy foreign bills that are still in use, but you predict may become collectible at some point in the future, you can order the foreign currency of your choice online now. At US First Exchange, we deliver clean, crisp notes that you can preserve until they have numismatic value.