We will be having a system maintenance starting July 28, 2022.

The Entire History of Italian Money

Italy has a rich history, that goes for Italian money as well - and these two are interconnected. Today its official currency is the euro, but as goes for all EU countries, Italy also had its own currency before 1999. Before the euro, Italians had used the lira for two hundred years, but their currency history dates back to the Roman Empire.

To dive into the history of Italian money means to understand the circumstances of social and political change throughout the centuries. It doesn’t hurt to know more about the country you are about to visit. And if you are a collector, knowing the story behind every collectible - makes that coin/note even more valuable.

Before Italy The Currency of the Roman Empire

It would take more than just a few paragraphs in an article to explain the history of money in the Roman Empire, as there were so many changes and different denominations during that period. However, the Romans were the ones who brought commodity money to Europe and minted coins for two main reasons.

The first reason was regular transactions, buying, selling, and paying for services. The second reason was to send a subtle message about the emperors, whose face was imprinted on the coins. Julius Ceasar was the first one to think of putting his face and name on the money - it was one form of propaganda. Coins back then were usually silver, gold, or bronze

The currency of those ages left a big impact on modern currencies. Primarily, many official currencies across the world got their name from some denomination of Roman money.

Former Italian money - lira - got its name from the term libra, which represented 12 pounds of silver. The same denomination is what evolved into a UK pound sterling. Many countries call their currency ‘’dinar,’’ which is rooted in the Roman denarius coin - a silver coin worth 10 bronze.

The florin, a denomination of the Italian lira, was used in the Italian peninsula throughout the Middle Ages. In 1494, Pope Alexander VI declared the florin the standard for the entire continent.

With 3.5 grams of gold, it was the first European currency to have sufficient gold quantities to play an important role in trade across Europe. It was introduced during the 13th century, and it stuck until the unification. Many European nations began to issue their currencies based on the florin. France’s franc and Hungarian forint are just some of them.

The Napoleonic Kingdom of Italy

During the Napoleonic Kingdom of Italy, the florin kept its name in some states, but the gold quantities significantly shrunk and had around 0.20 grams of gold or 4.5 grams of silver. Southern parts of the country still had their own currency, but the Italian lira was introduced during this period, even though the Italians have always connected it with their unification.

The Italian lira was introduced in 1807 by King Joachim Murat, the brother of Napoleon Bonaparte, in the Kingdom of Naples. The lira was initially pegged to the French franc at the rate of 4.5 francs per lira. After the fall of the Kingdom of the Two Sicilies in 1816, the lira became the currency of both Sicily and the former Duchy of Parma.

After the unification of Italy in 1860, many of the lira's uses were transferred to the unified Italian lira - it became the Italian money that represented the singularity of the nation. The Piastre of Naples was revalued to 1.2 ducats = 1 lira, and the piastra of Sicily was revalued to 1.2 Ducati per lira. All the remaining local currencies remained at their previous values, except for the Lira of the Papal States, which was revalued in 1862 to 1 lira 10 Franceschi.

Banknotes and Coins of the Lira

Some were minted regularly, others were collector's items after a short time in circulation, but all were made from either aluminum, bronze, or stainless steel. During that time, Italy had the first bi-metal coins - the aluminum-bronze 200 lire coins, which were also the first coins to have their value written in braille.

The banknote denominations were also changing throughout time, and by the end of the 20th century, there were eight paper denominations of Italian money. Each denomination, from 1,000 lire to 500,000 lire, had a major Italian figure on the front of the bill.

Euro as Official Currency in Italy 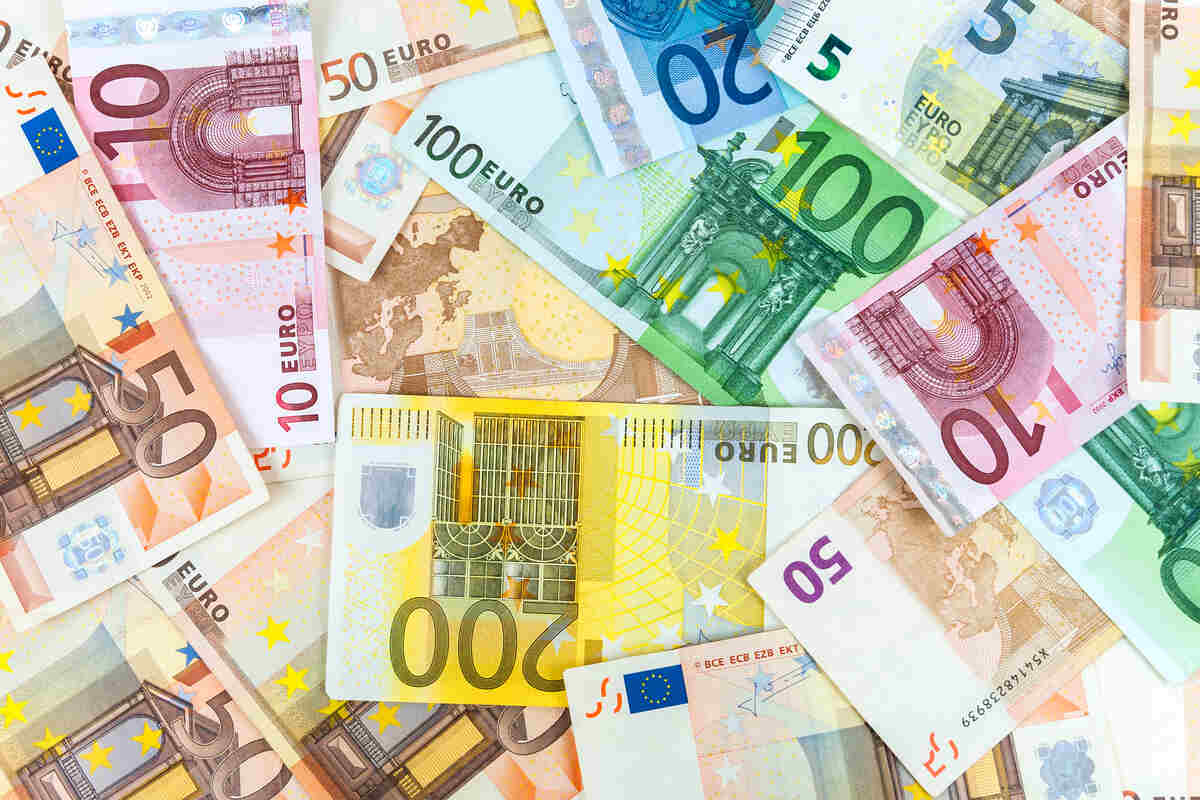 Italy's National Institute for Statistics (ISTAT) reported that there was approximately €2.6 billion worth of old lire circulating in circulation as of 30 September 2011. As of early 2011, most of the old lira bills had been withdrawn from circulation, and the remaining ones were being gradually phased out over the course of several months.

As of April 2013, there are still some old lira banknotes in circulation in Italy. However, many people have stopped accepting them due to the fact that they are increasingly difficult to obtain and because of the high cost involved in exchanging them for euros. In addition, the Bank of Italy no longer accepts old lira notes for deposits.

Cash seems to be disappearing fast in Italy. With every passing day, we are seeing fewer and fewer people carrying around large amounts of money. So how do you buy something in Italy?

The answer is simple – you use your smartphone and make payments via online banking. But there are some exceptions. For example, you can pay for a coffee or a glass of wine in bars, restaurants, and pubs. And you can always find ATMs that allow you to withdraw cash. You can pay for a taxi using cash, too.

Meanwhile, the number of transactions made with cash increased, and plastic purchases decreased. According to figures published by Bankitalia, about 70% of Italians used online banking to pay bills. In fact, according to data published by Banca d’Italia, Italian consumers spent €1.9 billion ($2.08 billion) on purchases made with plastic in a year. However, the numbers are declining.

So why is cash becoming less common in Italy? Well, the main reason is undoubtedly convenience. Many people simply prefer paying with a card because it saves them time. Not to mention, many Italian cities have major pickpocketing issues, so it is safer to bring a password-protected card than to have the money stolen from your purse or pocket.

The Easiest Way to Exchange Currency When Traveling to Italy

If you're traveling overseas, use an online currency converter to check how much your local currency is worth. If you're planning a long trip, consider getting traveler's checks or traveler's cheques. They are accepted almost everywhere worldwide, and you won't have to worry about changing them into another currency once you arrive.

If you are looking for the best way to exchange money for euros before going to Italy - contact US First Exchange. Not only that we offer a wide variety of exotic currencies, but we also send euros to your home address in no time. You can have spare cash, and you can put money in your bank account - but having your finances straight before you leave will relieve you of many adversities.