Travel in Indonesia: Planning Your Next Trip

Indonesia has a little bit of something for everyone. From Bali to volcanic Java, to the jungles of Sumatra, it is definitely a place of adventure. If you’re planning to travel in Indonesia, follow some of these tips to help you prepare for your trip and create the most rewarding travel experience.

Basics of Travel in Indonesia

Indonesia is the 14th largest country by land area and is the 4th most populous country. There are over 700 languages spoken across the islands, however, everywhere you go you can find people who speak English. This is especially true in Bali, which is a very popular destination for Western tourists. This is also true for most of the major tourist spots like Canggu, Ubud, and Seminyak.

The official currency of Indonesia is the Rupiah, although US dollars are the most widely accepted foreign currency in the country. Other foreign currencies from Western countries are accepted, but it’s best to exchange your USD to Rupiah before you travel to avoid high exchange rate fees while traveling. You’ll need local currency for everything from transportation to food and entertainment.

Indonesia is the world’s largest archipelago with lots of land to explore. The official number of islands is 17,504, but that is up for dispute. According to the Indonesian government, over 70% of the land is uninhabited. Because of the sheer distance between the islands, the country spans 3 different time zones.

It is also a hotspot for volcanic activity and boasts over 126 active volcanoes. The rich volcanic soil creates a wonderful growing place for coffee, tea, and other tropical foods. The biodiversity is amazing, and while the climate is mostly the same around the country, each of the major islands will have unique features including beautiful beaches, dense jungles, breathtaking mountains, and even sprawling plains.

Because Indonesia is spread among so many different islands, transportation takes a bit of logistics and planning. One on an island, taxis are ubiquitous. If you want to travel from island to island, air travel is your best bet. Boat trips are a fun way to see sights during short trips between islands.

If you decide to spend time in the bigger cities, such as Jakarta and Yogyakarta, there are integrated bus lines that can take you all over the city. In smaller cities, you can find public buses or the local angkot. In islands like Bali, you easily rent a motorbike to travel around the island.

Like many countries in  Southeast Asia, Indonesia has both wet and dry seasons. Anytime you visit, you can find plenty to enjoy during both seasons. But if you prefer not to be wet for the majority of your trip, you need to travel during the dry season that lasts from May to September.

The wet season from October to April is not unmanageable, but expect intense downpours almost daily. They will not last all day long, but typically they end within an hour or two. The benefit of traveling during the wet season is you can find much cheaper hotel and airfare rates. The crowds at the top attractions will be thinner as well.

The currency of Indonesia is the Indonesian Rupiah (IDR). Click here to find out the current exchange rate between the Rupiah and the US Dollar. You will need cash in Indonesia. Yes, large hotels and tourist stores will accept the USD along with other currencies. Once you get outside of those large businesses and into local marketplaces and restaurants, vendors will want cash only.

Make sure to look up and track the exchange rate before you go, and practice a little math converting in your head. Often vendors will price items in US dollars but only accept the Rupiah, and there is a chance you will get fleeced if you don’t know how to quickly convert into Rupiah on-the-spot. Don’t be afraid to push back if you think the calculation is wrong. Haggling is acceptable in Indonesia, as in many other countries, and negotiating can be like a game of working back-and-forth.

One word of warning, don’t exchange cash in the airport or hotel. Even if the exchange advertises that they do not charge fees, they will insert the fees by marking up the exchange rate in their favor. Your best bet is to order your currency from a reliable, low-cost exchanger before your trip.

Indonesia is one of the largest Muslim countries in the world. Brush up on Muslim holy days and festal periods before you travel. During Ramadan, which is near the end of July, many stores and restaurants will be closed. However, if you can make the Balinese New Year celebration of Nyepi in March, you won’t be disappointed.

Even though Islam dominates the religious landscape, you will find pockets of the country where Hinduism and Buddhism are practiced, like most of Southeast Asia. Due to European settlements over the centuries, you will find Christian pockets as well.

Because of the diversity of ethnic groups present in Indonesia, you will find a wide range of food traditions that can vary from island to island. Most cuisine is based around rice or noodles along with soup dishes. Sumatran cuisine has a mix of Middle Eastern and Indian influences. Javanese food is more indigenous with dashes of Chinese influence. If you enter the eastern islands, you will notice the food shifts toward Polynesian and Melanesian cuisine. Everything is heavily spiced and during European exploration, the area was often referred to as the spice islands. 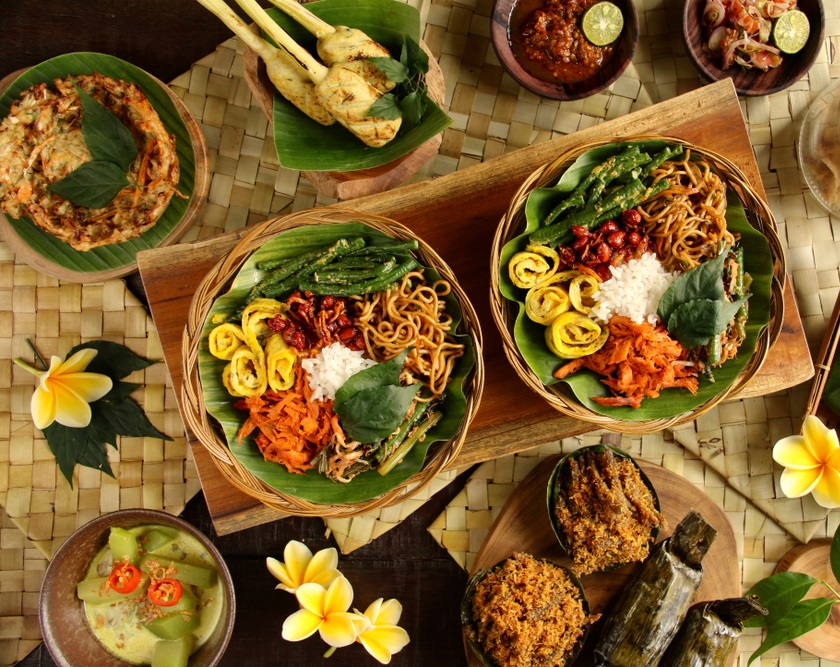 Indonesia is a marvelous country to visit with limitless places to explore. As a US traveler, you can find a wide range of landscapes and adventures. You will be surprised how far your dollar will stretch. If you are looking for adventure, you need to place Indonesia on your short list. Before you plan to travel in Indonesia, make sure to order foreign currency from the right exchanger before you go. An online currency exchange like US First Exchange easiest place to buy and sell foreign currency online, including exotic currencies like the Indonesian Rupiah.

At US First Exchange, we deal in a range of foreign currencies, including exotic currencies like Indonesian Rupiah, Iraqi Dinar, and Vietnamese Dong. You can order foreign currency online and have your money shipped straight to your door in 24-48 hours. All shipments are fully insured, and we pride ourselves on having the industry’s lowest spreads. Sign up for our exchange rate alerts to track the value of Iraqi Dinar over time and find the best time to buy currencies.

What Is Chinese Currency? – A Guide to the Yuan September 19th, 2021
What Is Indonesian Currency? – With Some Tips for Exchanging and Using It September 11th, 2021
Which Factors Play a Role in Establishing the Value of a Country’s Currency? September 10th, 2021