Why Digital Nomads Choose to Move to Vietnam

To a regular American, Vietnam may seem unfamiliar and exotic. Yet, that is the appeal of being a digital nomad in Vietnam. Overcoming the challenge of adapting to a new country and experiencing new cultures and customs is what draws a person to the lifestyle.

Still, a digital nomad cannot be guided purely by adventure. A location needs to meet certain criteria to make it to the top of your list. Affordable living, a stable internet connection, and a culture accepting of foreigners – these are the building blocks that enable a successful digital nomad lifestyle.

You’ll find all of this, and more, in Vietnam. The diverse landscapes and the people that live there contribute to making Vietnam one of the top destinations for digital nomads. But, before we get to the reasons why digital nomads choose to live in Vietnam, we should give a short overview of this country’s rich history.

A Very Short History of Vietnam

You likely know a bit about Vietnam, but what you do know may not endear you to living there. The relationship between the U.S. and Vietnam in the 20th century has been complicated, to put it mildly. On the other hand, you may have had positive interactions with Vietnamese-Americans. A sizable population lives in the U.S., largely stemming from the migrations in the ‘70s and ‘80s. Regardless, most Americans don’t know a lot about Vietnam, and that fear of the unknown can negatively influence their decision to move there.

Because the history of Vietnam stretches back to the early 3rd millennium BC and the semi-mythical Hồng Bàng dynasty, providing even a brief overview of the almost 5000 years that led to the formation of modern Vietnam would be a challenge in a much longer text, so we won’t attempt to do it here.

But it included a lot of war, conquests, strife, and finally colonialism, until Vietnam declared independence from France in 1945. In turn, this led to the First Indochina War, the subsequent division of Vietnam into the North and South, and then to the Second Indochina War, more (in)famously known as the Vietnam War.

The conflict ended in 1975, and Vietnam was reunified in 1976, but the wars left the country devastated. Vietnam was politically and economically isolated under Communist Party rule until 1986, when a series of reforms opened it up to the world. Since then, it has seen steady economic growth and is now considered a regional power. It is also a member of multiple international organizations, including the United Nations and the World Trade Organization.

In short, recent history hasn’t been kind to the people of Vietnam and the 20th century was especially difficult. Yet, Vietnam started globalizing and has been steadily developing in the last few decades. It has even managed to rebound to such an extent that it is quickly becoming one of the premier destinations for digital nomads. Here are the reasons why many digital nomads chose to live and work in this fascinating country.

The Cost of Living in Vietnam

One of the biggest selling points of Vietnam for digital nomads is the cost of living. Compared to the U.S. or Western Europe, living in Vietnam is exceedingly cheap. It’s also less expensive than many of the other countries in the region.

That’s not to say that prices don’t vary – living in a popular place like Hội An will cost you more than settling in a less well-known town. But regardless of where you go, the prices are more than affordable. From room and board to paying for your leisure activities, all of your expenses can cost you around $500 per month. If you are able to spend more than that, you are entering luxury territory. One thing to note is that the denominations of the Vietnamese dong have a lot of zeros. At first glance, it could scare you off. Having a meal at a restaurant can cost you around 70,000 dong. But that’s only about $3.

Before you come to Vietnam and until you get acquainted with how the local ATMs work (most charge you fees and you can only draw a few million dong), your safest option is to exchange some dollars for Vietnamese dong in the U.S.

The bottom line is that if you are used to the U.S. cost of living, Vietnam will be a pleasant surprise. A few dollars go a long way here. Just don’t be frightened by the many zeros you see on the banknotes.

You Can Choose the City You Want to Work From

Vietnam is not a small place. It’s a bit more populous than California, Texas, and Florida combined. That means that you can take your pick of the city you want to live in. Your choices aren’t limited to the capital Hanoi or the expat-favorite Hội An.

The geographic layout of Vietnam allows you to pick from multiple climates and the accompanying diverse landscapes. The north is hot and humid while the south is wet and dry (at least until monsoon season), and in the middle you’ll find variations of both. In short, your choice is in no way limited, and it’s easy to find what you are looking for.

Vietnam Has a Solid IT Infrastructure

Affordable living and diverse cities to choose from is a good selling point, but you still need to work. And you need a good internet connection to do it. Luckily, that’s not an issue for a digital nomad in Vietnam.

Stable and high-speed Wi-Fi is relatively easy to come by in Vietnam, and, like everything else, it’s inexpensive. If you choose to live away from the bigger cities, you may need to do a bit of searching to find a reliable provider or a place with good, free Wi-Fi, but it’s far from impossible. If you live in a bigger city, getting good internet won’t be an issue. Plus, co-working spaces for digital nomads are rising in popularity in Vietnam, so you’ll have no trouble finding kindred spirits to spend some time with. 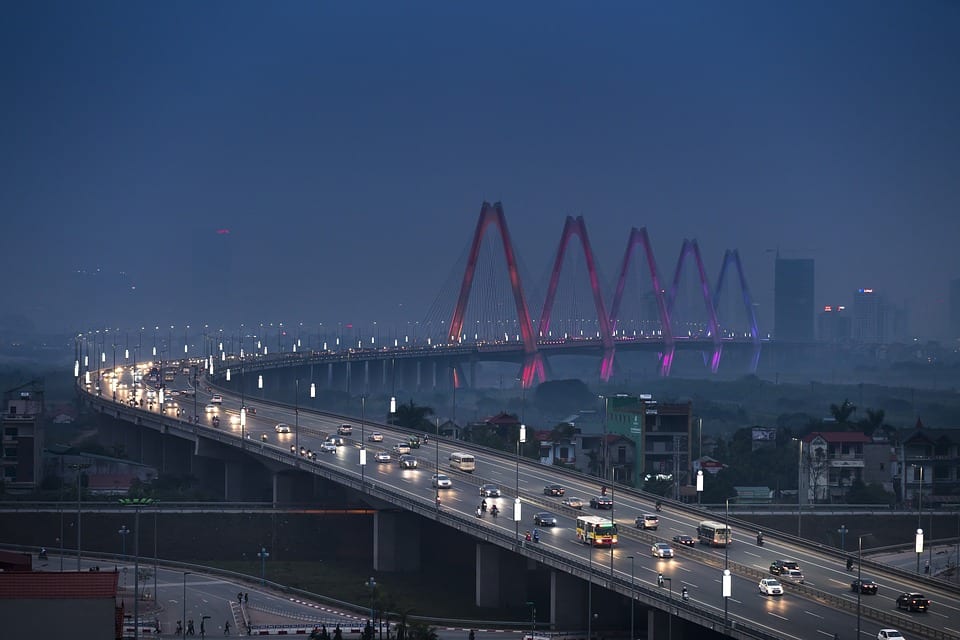 Vietnam has big plans to continue improving its infrastructure.

It’s Not Hard to Get a Visa

When you plan to spend a significant length of time in a foreign country, there’s always a certain amount of red tape you need to go through. However, getting a visa for Vietnam is relatively easy, at least compared to many other countries.

Visa-free entry is possible if you are a citizen of certain countries in Europe, Asia, and South America, but not if you are a U.S. citizen. However, without a visa, your stay will often be limited to less than 15 days (with the exception of Chile, whose citizens can stay for less than 90 days). And that’s usually too short for a digital nomad. Your easiest option is to apply for an e-visa that lets you stay for 30 days on a single entry. Technically, it’s only meant to be used for tourism purposes, but it’s the first choice of many digital nomads. It takes around 3 days to process, and the accompanying fees cost $25.

You can apply for a visa on arrival, but they usually have higher fees than applying for an e-visa and you’ll need a Letter of Approval from a Vietnamese embassy or consulate, which can take a bit of time. Once you get it, it functions the same as the e-visa, but you need to put a bit more effort into getting it.

Getting a business visa is also an option. It lets you legally find a job and rent an apartment. This could be your best option if you plan to spend a lot of time in Vietnam. However, it’s more difficult to get than if you apply for a tourist visa and the process is longer. But even the business visa is easy to get if you compare it with the U.S. or most of Europe.

A Thriving Expat Community in Every Big City

Finally, if adapting to the local customs becomes a bit overwhelming, you can easily get a taste of home without traveling back. Vietnam has a thriving community of digital nomads from all corners of the globe. Hội An is the recent hotspot for travelers from all around the world, but you can find such communities in most major cities. If you decide to go to Vietnam, you won’t have any trouble finding a place where you will feel welcome. 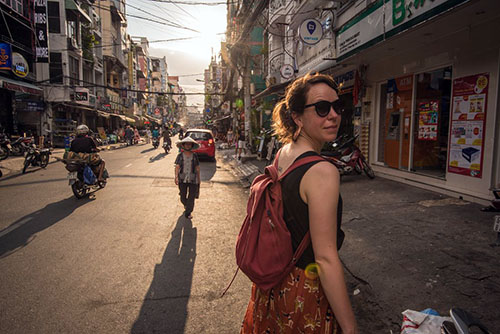 Before you start your next trip to Vietnam and live as a digital nomad, make sure to bring plenty of dong with you and get the best exchange and delivery rates. At US First Exchange, we can deliver clean, crisp Vietnamese Dong directly to your front door. We deal in a range of currencies, including exotic currencies like Iraqi Dinar and Vietnamese dong. You can order foreign currency online and have your money shipped straight to your door in 24-48 hours. All shipments are fully insured, and we promise the best exchange rates along with the lowest fees of any money broker in the US.