Norwegian Currency: An In-Depth Look at the Norwegian Krone

The Norwegian currency, the krone, is not considered one of the major world currencies, but it continually ranks in the top 15 traded currencies by value. As Norway is one of the leading exporters of oil in Europe, the value of the Norwegian krone is highly correlated to the price of crude oil, which makes the exchange rates fluctuate and contributes to the allure for investors.

According to the Triennial Central Bank Survey, the krone ranked no. 14 in currencies traded by value in 2019, 2016, and 2013, and no. 13 in 2010. So how did the Norwegian krone become this popular? We’ll answer this question and more below, provide a short overview of its history, and explain some common misconceptions, but we should start with the basics.

One krone is subdivided into 100 øre. However, øre coins were discontinued in 2012 and only exist electronically.

Danish, Swedish, and Norwegian currencies sometimes get confused with one another. For one, both Danish and Norwegian currency is called krone, while Swedish currency is called krona. All three are designated with the symbol kr. Further, krone and krona all mean crown in their respective languages and are sometimes referred to as ‘crown’ in English.

However, they have separate ISO codes. The code for the Norwegian currency is NOK, for Danish currency DKK, and for Swedish currency SEK.

The Design of the Current Banknotes 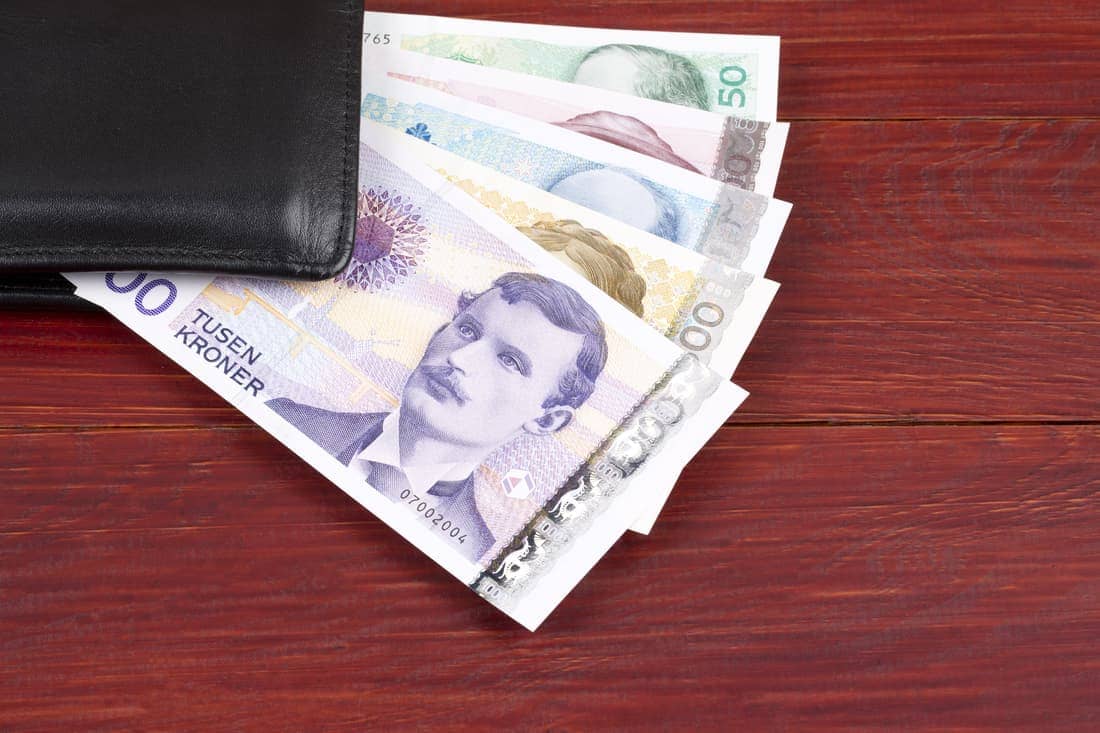 It’s interesting to note that all krone banknotes have designs that tie to the sea and seafaring.

What Is the Norwegian Krone Exchange Rate?

The exchange rate for the Norwegian krone is highly dependent on crude oil prices and the interest rates and will change accordingly. As of December 1, 2021, 1 US dollar is worth approximately 9 kroner. But the value of the krone can fluctuate drastically, so it is best to use a currency converter to check the updated rates.

Origins of the Norwegian Krone

The origins of the Norwegian krone are tied to the history of the Scandinavian Monetary Union, which was formed by Denmark and Sweden in 1873. At that time, Norway was in a personal union with Sweden - they shared a monarch and had a common foreign policy, but also had full internal autonomy.

Currencies in the Scandinavian Monetary Union were fixed against gold at par with each other. Norway joined the Union in 1875 and the krone became the currency of Norway, replacing the speciedaler at a rate of 4 kroner to 1 speciedaler.

The personal union between Sweden and Norway was dissolved in 1905, but both countries remained in the Scandinavian Monetary Union and continued using the krone. The monetary union ended in 1914 and all three countries continued using the same currencies, but they were no longer pegged to each other one-to-one.

This monetary union is where the current-day similarities between the currencies of Denmark, Sweden, and Norway come from. Consequently, the origins of the Norwegian krone can be considered 1875 when it entered the monetary union or 1914 when it separated its currency from Denmark and Sweden. 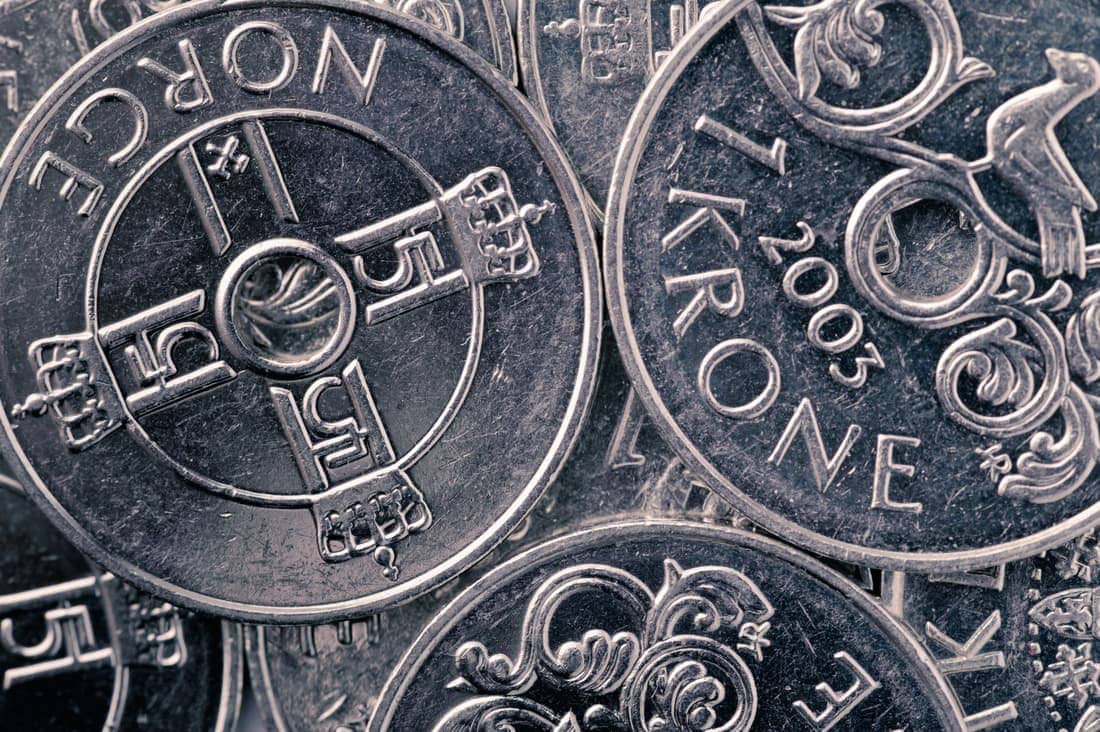 The Floating Exchange Rate and the Effect on the Krone

Many factors determine the value of a country’s currency and not many currencies are as tied to crude oil prices as is the Norwegian currency. This means that the Norwegian krona is a volatile currency and the exchange rates fluctuate. To exemplify, here are some rates of the NOK against the US dollar in the previous decades:

As you can see, the Norwegian krone doesn’t go into a years-long decline due to high inflation, bad economic policies, or something similar. It tends to go up and down in relatively short time spans, which makes Norwegian currency quite interesting for investors that prefer riskier investments.

What Will Happen to Physical Norwegian Currency?

Norway seems to be headed the way of digital currency. Online banking and various cash apps are very popular and becoming more dominant. The party that was in government until October 2021, the Høyre, had pledged to remove the use of paper money by 2030.

One step they took towards that goal was removing the requirement by businesses to accept cash payments. While they are no longer the party in power, the trend seems to be clear – Norwegian currency is on the way to becoming digital. This could mean that Norwegian paper money will become collectible in the near future.

Is the Euro Accepted in Norway?

Some shops may accept euros (and dollars), but that is not common practice. Your best option is to exchange EUR or USD for krone if you plan to travel to Norway. Most hotels will let you exchange money for krone, but at steep rates. Consequently, banks are a better option.

On the other hand, you can also use Norwegian krone in Swedish and Finnish towns bordering Norway and a few Danish ferry ports commonly used by Norwegians. This is a common practice because taxes are high in Norway, so people often go to these places to buy alcohol, tobacco, and food in bulk.

Where Can You Exchange Norwegian Krone in the US?

Not many banks and exchange offices in the US have Norwegian currency for you to exchange. But you can place an online order at US First Exchange and we will deliver crisp bills to your doorstep in 24 – 48 hours and your package will be fully ensured, regardless of the amount you buy or sell.