Belgian Currency: From the Belgian Franc to the Euro

Belgian's delicious waffles, fries, and chocolate may be why many people visit this country; however, those who’ve already visited know that there is more to Belgium than just tasty food. Exploring the path of the Belgian currency might give you an idea about the richness and intricateness of the history of Belgium.

It is a known fact that Belgium has an inseparable history from those of France and the Netherlands, and the same goes for Belgian currency. So, does Belgium have its own currency? This article will help you learn more about the Belgian franc, the official currency preceding the euro, as well as give you some tricks on how to spend money on your next Belgian trip.

Before the Belgian franc, Belgium had used the guilder, first as a part of the Dutch Republic, then as a part of the Austro-Hungarian Monarchy. Depending on the ruler, Belgium issued its currency using different standard coins. Belgian coins were worthed in precious metals, such as silver and gold.

First, in the 17th century, the guilder was issued using the Dutch patagons, which were worth 2.4 guilders.

After the Austro-Hungarians took over the Belgian territory - the guilder was issued in kronenthalers, the standard coin of the Monarchy.

And the Dutch guilder was the coin issued during the reign of the United Kingdom of the Netherlands.

History of the Belgian Franc

The story of the Belgian franc (BEF) began no later than 1830, when Belgium gained its independence from the Netherlands. During that time, Roman Catholics and the French-speaking communities in new-founded Belgium wanted to distance themselves from everything that had to do with the Netherlands.

This, plus the strong economic influence of France, made Belgians switch from the Netherlands’ guilder to the Belgian franc. France was already using the franc for five centuries when the Belgians decided to adapt it to their booming industrial market. The franc was first introduced by King John II in 1360, it was a national currency in France for more than six hundred years.

The Belgian franc rules the economy of the independent Kingdom of Belgium, established after the inauguration of Leopold I in 1831. It was not until 2002 that the franc was replaced by the euro and became a discontinued currency or a collector’s item.

The Belgian Franc Before the World Wars

Belgium was at the forefront of the industrial revolution in its late phase, and it had to do with their coal, interconnectedness between the banks and the coal and textile industry. Belgium also had a strong transportation system - from railways, roads, and sea transport - that connected the whole country and spread across the continent.

This prompted the Belgian franc to rise in value and the production of paper banknotes. From 1830 to 1851, the Belgian currency was issued in coins. One franc could be divided into 100 centimes, and centimes were issued in copper coins in denominations of 1, 2, 5, and 10.

The language on the coins and banknotes was French at first. Later on, as the Flemish people sought more visibility in the political and economic stage, the currency became dual-lingual or issued in different languages.

The Denominations of the Belgian Franc During the 1990s

Before the discontinuation of the franc, the banknotes depicted some of the most important historical figures of Belgium. During the 90s, King Albert II ruled Belgium, and there were six banknotes, one of which had his portrait.

Which Currency Is Used in Belgium Today? 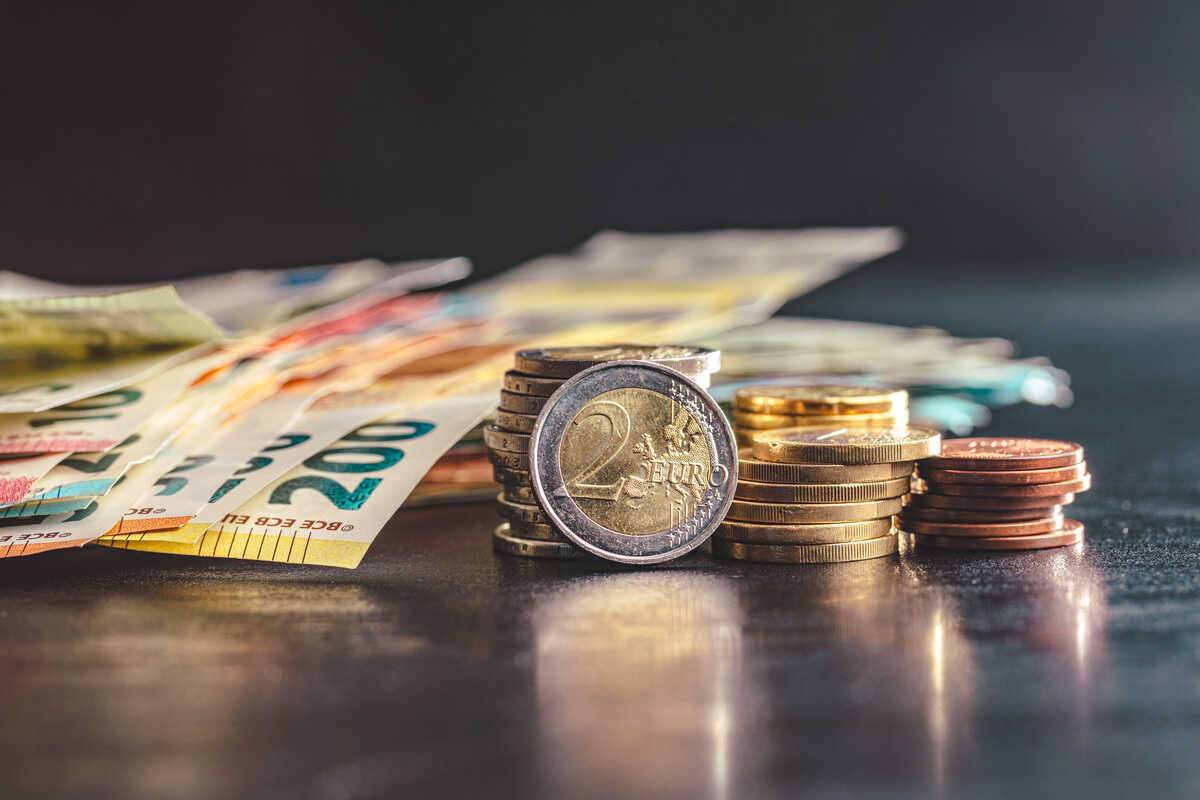 Much like Italy, Germany, and many other EU countries - Belgium now uses the euro as its official currency. The Belgian franc banknotes can be exchanged indefinitely in banks across Belgium. However, the coins were discontinued in 2004 and cannot be exchanged anymore.

The transition to the euro happened in 1999 and lasted until 2002. Belgians were not as reluctant to switch as were Italians, so the shift smoothed easily. With Brussels being one of the EU’s capitols, it was only natural to accept the euro.

The euro was introduced in 1999 in many countries across Europe, with coins and banknotes having one common side and one side for national symbols. Belgian euro coins minted after 2013 have the portrait of King Philippe. Previously, they depicted an effigy and monogram of King Albert II. All eight Belgian coins of the euro share the same image.

Spending and Using Money in Belgium

Unlike some countries in the EU that transitioned mostly to wireless transactions, people in Belgium can rely both on cards and cash. ATMs are not hard to find, and all stores offer card payments. However, it is often best to prepare cash when traveling to Belgium because sometimes can be easier, and you don’t risk paying fees.

You can exchange your currency at the airport exchanging offices, but the charges are often very high. You can get a traveler check or get currency delivered to your door. Belgian currency is the euro, so if you are traveling from a country that uses the euro - you don’t need to worry.

If you are traveling from the USA or another country that doesn’t use the euro, it would be best to plan ahead, at least for the taxi ride from the airport, or extra cash to have, just in case.

Buy Currency Online and Ahead of Time

US First Exchange offers a unique service. You can buy any currency from exotic ones to commonly used ones and have them delivered to your doorstep. If you are traveling to Belgium, register and buy euros. Prepare ahead and plan your trip with ease.