Mexican Currency: A Guide to the Mexican Peso

The Mexican peso is the most traded currency in Latin America and the third-most traded in the Americas (right after the US and Canadian dollars). If you are traveling to Mexico, sending money to family in the States, or simply investing, it’s only natural to want to know more about Mexican currency, how it functions, and its current value.

We’ll cover the current state of the Mexican peso in this article, including its rates and denominations, but the peso is much more than just a monetary unit. To the astute observer, the peso can be a glimpse into the history of the Americas. And that’s where we’ll start.

Origin of the Mexican Peso

Did you know that the US and Mexican currency have a common ancestor? Both the peso and dollar stem from the Spanish dollar used from the 16th to 19th century. In short, the coins used in the Spanish Americas were silver reales and gold escudos. 15 or 16 (depending on the weight and fineness) reales were worth one escudo.

8 reales (so half of an escudo) were called pesos in Spanish America and dollars in the Colonies. 8-real coins (so a peso or dollar) were minted in Mexico and Bolivia and used for trade far across Europe and Asia. Mexican silver pesos were even legal tender in the US until 1857 and in China until 1935, before the yuan.

The history of these two currencies diverges from there and since around 1863 the peso becomes the primary unit of measurement in Mexico, replacing the real, with the first peso coin that is divided into 100 centavos being minted in 1866.

First Banknotes Issued by the Bank of Mexico

Paper money was used in Mexico since the 19th century, but the first banknotes issued by the official Bank of Mexico started being printed in 1925. The series was printed from 1925 to 1934. And, interestingly, it was printed by the American Bank Note Company (which is still in operation in the US today), at the direction of the Bank of Mexico.

The Peso in the 20th Century

The Mexican peso was one of the most stable currencies in Latin America through most of the 20th century. It didn’t experience periods of hyperinflation, as was happening to many of the currencies of the neighboring countries. However, then the oil crisis of 1979 happened.

The government of Mexico spent several years instituting and implementing policies to curtail the rate of inflation. One of which was introducing a new currency – the “nuevo peso”, or new peso. One new peso was worth 1000 old pesos. In 1996, the modifier nuevo was dropped and the Mexican currency again became just the peso. Since that time, the peso has been stable.

The Mexican peso symbol is $ - just like the US dollar, due to its shared history. The ISO code for the peso is MXN. One peso is divided into 100 centavos, designated with the symbol ¢.

Since 2018, the exchange rate of the dollar to peso has mostly hovered around 1:20. The exception is the middle of 2020, when the dollar to peso ratio reached almost 1:25 in April. However, the peso stabilized and is again around the 1:20 mark.

You can find daily rates here.

Coin and Banknote Denominations of the Peso 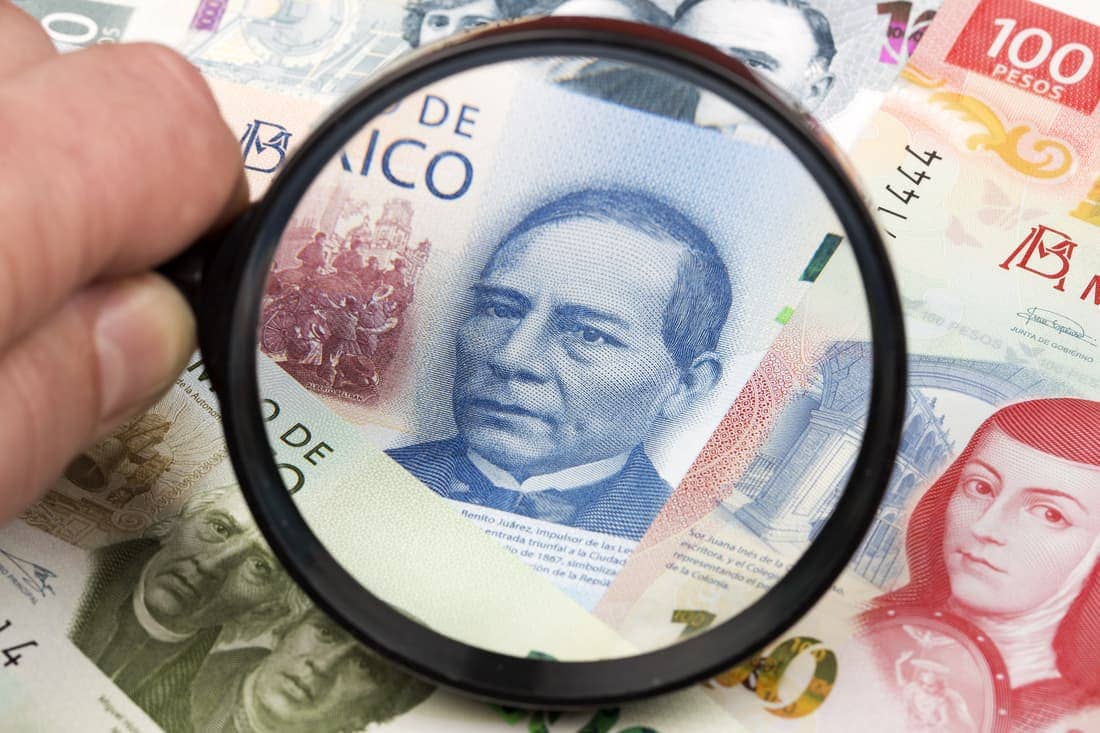 However, they are rarely used. The later series from 2003 is minted with base metals and the value of the silver contained in the 1996 coins exceeded the value of $100. Thus, while you may encounter them in common usage, you are more likely to find them in collections.

Mexican banknotes come in denominations of $20, 50, 100, 200, 500, and 1000. The latest series entered into circulation in 2018 and only commemorative $20 notes exist, with the intention of it being replaced by coins. There have also been reports that a $2000 banknote will be introduced if the Bank of Mexico deems it necessary.

What Other Countries Also Use the Peso?

Once again, the peso can reveal a part of the history of the Americas (and wider). While Mexican currency is the Mexican peso, the currencies of Argentina, Chile, Colombia, Cuba, the Dominican Republic, the Philippines, and Uruguay are also called pesos. And 14 other countries have historically used a peso.

Countries that Historically Used the Peso

What Can You Do with Old Mexican Banknotes?

Historical banknotes in good condition and silver peso coins can be quite valuable as collector’s items. However, appraising the value of old coins and bills requires some degree of expertise. So, if you have old notes and coins, try to assess their current value, as they could be worth more than their regular monetary value. 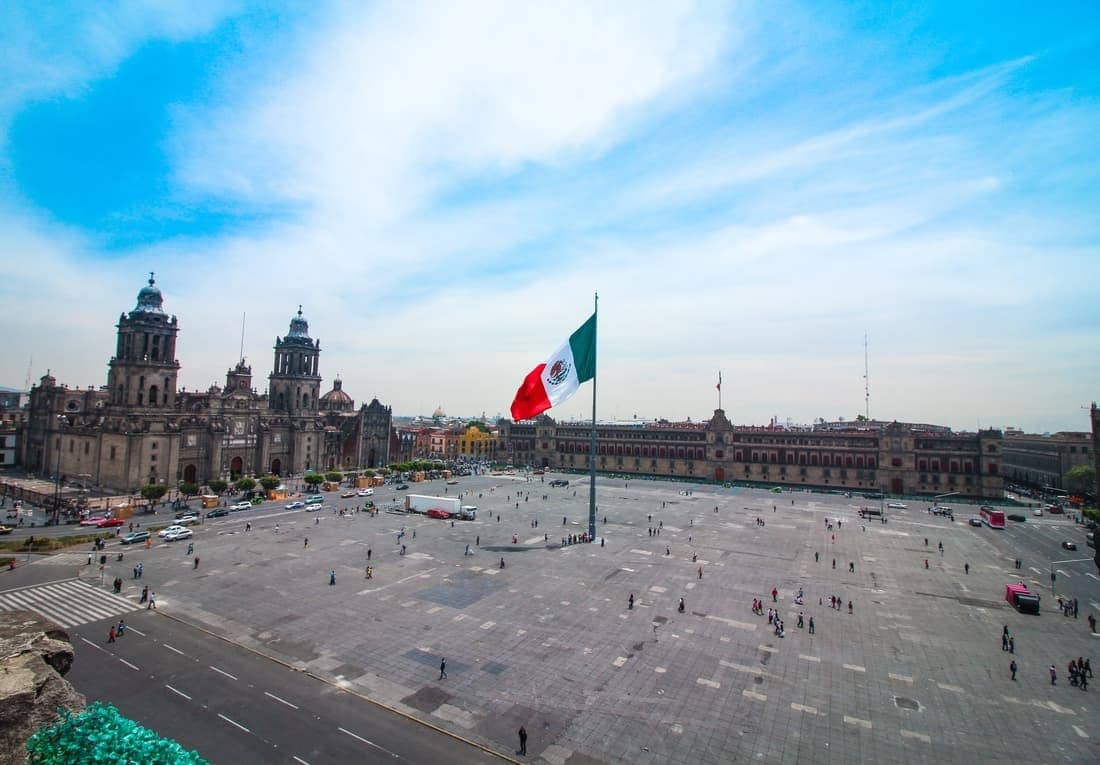 In case you are reading this article because you plan to travel to Mexico and want to know a bit more about the currency and the customs that go along with it, read this blog to help you out. In it, you will find a breakdown of the best time to visit Mexico depending on the places you wish to visit and the festivals you want to attend.

Some Tips on Using the Peso

First, you can’t use old banknotes that are out of circulation to pay in stores in Mexico. Even though they can be exchanged at banks for modern banknotes, stores won’t accept them. Second, try to avoid using $1000 bills if you travel to Mexico.

As $1000 bills are somewhat uncommon, in many cases smaller stores won’t be able to give you change, so they possibly won’t accept your payment. Similarly, if you pay with $100 bills, the vendors may not be able to give you exact change. They will either approximate or you’ll need to wait a few minutes for them to go to other vendors and get enough change.

Finally, you can actually use pesos in some border towns in the US. In a similar manner, you can also use USD in many Mexican cities.

Local Nicknames for the Peso

If you go to Mexico and speak some Spanish, don’t be surprised if you hear Mexican money being referred to by different nicknames. Some of the more popular are:

How Can You Exchange the Mexican Peso?

You can buy or sell pesos online at the best rates and have high-grade banknotes delivered securely to your doorstep. Pay by credit card, bank draft, or money wire and do it all from the comfort of your home. Your packages will be fully covered by insurance, regardless of the amount you order.