Revaluation of the Iraqi Dinar

The Iraqi Government announced on Dec 20, 2020 it was devaluing currency for the first time since the US-led invasion in 2003. The plan was to reduce the dinar’s value by 22%. While the Dinar took a dip in value, this could be a long term indication that the government of Iraq is serious about getting Iraq on stable financial footing. Let’s look at the process and possible economic consequences of a Dinar revaluation.

Reasons For Revaluing the Iraqi Dinar

Oil is the prime driver for the government’s decision to revalue the currency. Declining oil prices due to the COVID-19 pandemic brought about a severe liquidity crisis for the Iraqi Government. Revenue took a massive hit almost overnight as demand for oil bottomed out, due to the severe liquidity crisis brought on by low oil prices. The AP reported:

"The crude-exporting country has had to borrow from the bank’s dollar reserves to pay the nearly $5 billion in monthly fees for public salaries and pensions. Oil revenues, which account for 90% of the budget, have brought in an average of $3.5 billion."

When oil prices were high, revenue was adequate to pay the monthly budget. But as soon as prices dipped, revenue sank.

Devaluation of the currency puts more Dinars in the government’s coffers to make urgent debt payments. Wealthier countries often follow the same strategy, but rather than revaluing their currency, they print more money. The previous rate was 1182 IQD:USD; after the revalue the the new rate is 1450 IQD:USD

The good news is that, since the revaluation was announced, the government rate (the peg) and the black market rate narrowed. This suggests that the revaluation eased the pressure on the economy as planned.

Iraq certainly needed these measures. In 2020, GDP growth in Iraq was lower than in any other OPEC nation. And the Debt-to-GDP ratio was among the highest of OPEC members. However, the goal of Iraqi Dinar revaluation was not necessarily to create a stronger Dinar, which would make it easier to pay down debts or inflate GDP numbers.

Ultimately, the purpose was to reduce pressure on public finances as Iraq attempts to secure billions in foreign aid. There was opposition in the parliament, and worries of civil unrest. However, no unrest was triggered, and the government promised this to be a one time event. So many of Iraq’s food subsidy programs were at risk, and revaluing the currency has allowed the programs to continue. 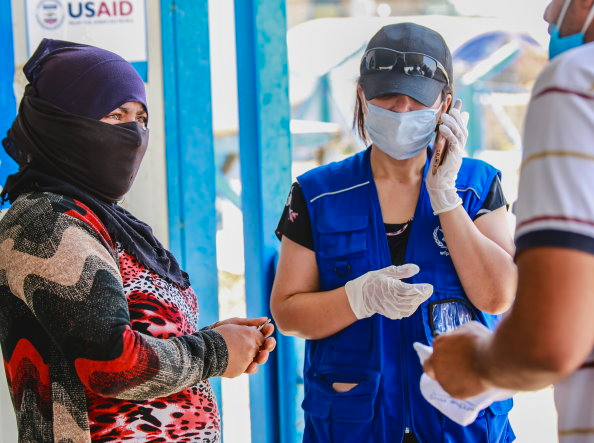 Because of the change in the Dinar, it is much easier to purchase Dinar today with US Dollars. It’s important to note that this does not mean the Dinar qualifies as an investment instrument. In fact, the Central Bank of Iraq (CBI) specifically confirmed its commitment to a stable foreign exchange rate for the Iraqi Dinar versus the US dollar.

According to the CBI statement from the bank as reported in Iraq Business News, "the dollar exchange rate is fixed and there are no intentions to change” and that the rate chosen at the end of 2020 was "based on in-depth studies of the requirements of the economic and financial situation and the objectives of monetary policy...statements related to the exchange rate are promoted for speculators to benefit from." Rather than being a speculative instrument, travelers can benefit from greater buying power in Iraq due to the new exchange rate.

At US First Exchange, we deal in popular and exotic currencies, including the Iraqi Dinar and Vietnamese Dong. You can order foreign currency online and have your money shipped straight to your door in 24-48 hours. All shipments are fully insured, and we pride ourselves on having the industry’s lowest spreads. Sign up for our exchange rate alerts to track the value of Iraqi Dinar over time and find the best time to buy currencies.