What Can You Do with Defunct and Old Currency?

People have been using paper money and coins for centuries and as countries tend to issue new series every few years, there is a lot of old currency floating around. You likely have some old bills stashed somewhere, which leads us to the question – how much is old money worth?

The answer to that question is complex. Old currency can be worth literally nothing, it can have the same value as a new bill, or it may be collectible, letting you net a nice profit if you sell it. However, you first need to know what you have, before you can determine its worth.

Before we get to what you can do with old currency, we should distinguish between old and defunct (obsolete, no longer in circulation) currencies. Simply put, old means that the currency was printed some time ago, in the common sense of the word – there is no benchmark that makes a currency “old”; both bills from the 2000s and 1900s can be considered old.

What Can You Do with Old Currency?

Many people think that old money, as a rule, has value as a collectible. While this may be the case with some old coins and bills, it is not necessarily true for all. So, the first thing you should do is determine what you have. There’s not much to say if it’s one of the more popular currencies – you’ll know that a dollar is a dollar and a euro a euro.

But even foreign, exotic currencies shouldn’t be too hard to identify. The name of the currency will always be written on the face of the bill. Simply type what you see and do a Google search, and you’ll quickly know what you have.

If you can’t read the script it can get a bit complicated, but even then, it shouldn’t be too hard. For one, you can take it to an appraiser. For another, you can make a guess and start browsing pictures until you find what you need, but this can take time and effort.

You could also take a picture of your bill and do a reverse image search. If this process is too technical, you can always scan the bill (scanning often automatically recognizes text in images), copy the text that you can’t read, and again do a Google search.

Once you know what you have, you should determine the year of print. Simply look at your bills and search for the date it was printed. Almost always, you will be able to find the printing year on the face or back of the bill. 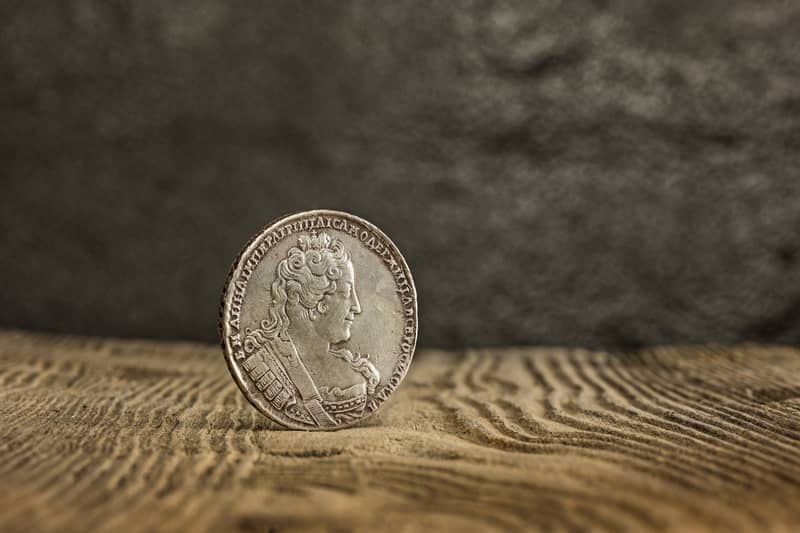 Appraising the Value of Collectible Currency

After you have identified what you have, if you believe that it may be worth something to collectors, your next step should be to appraise its value. Once you know the worth of what you have, you can choose to sell it to collectors. However, appraising the value of old bills and coins is not a simple process.

We have written an in-depth guide on appraising the value of old currency, that will help you know how much it is worth. Here, we will simply provide the 3 main factors that determine the value: the rarity, the condition, and the market demand. Your other option is to take it to a professional appraiser, but they usually charge for their services.

Old currency has often seen use and damage over time, but you can still sometimes use them (we are presuming they are not collectibles). Damaged currency are bills that still clearly have more than one-half of the original bill undamaged and you can usually exchange them at your local bank.

Mutilated bills are anything below the 50% threshold. So, if less than half of the bill is unrecognizable, it will be considered mutilated. Mutilated currency can sometimes be redeemed, but you would need to do it at the Bureau of Engraving and Printing for the dollar or a comparable government office for other countries’ currencies. Often, it is not worth the effort.

What Can You Do with Defunct Currency?

However, when countries switch to a new currency, you usually have a time frame within which you can redeem the now-defunct currency. For example, Germany used the Deutsche mark until 1999 when it switched to the euro, but you could use and exchange marks until 2002.

This is often the case with countries that switch to a new currency. Consequently, if you have leftover bills that are no longer in circulation, you may be able to exchange them. Once again, you can see if they are worth anything as collectibles, but it’s highly unlikely due to low demand and an overabundance of the bills.

Where Can You Exchange Old Currency that Is in Circulation?

If in the end you find that you have old foreign currency that is still in circulation, you can sell it at US First Exchange. We will exchange your old bills for the currency of your choice and deliver crisp, clean notes right to your doorstep.