What Is Foreign Exchange and How Does the Forex Market Function?

In the simplest terms, foreign exchange is the conversion of one country’s currency to the currency of another country at a predetermined rate, known as the foreign exchange rate. Currencies are usually exchanged for trade, commerce, or tourism, but are not limited to these reasons.

Foreign exchange (also known as forex or FX) is one of the most important financial instruments that drive the global economy. Without the forex market, international trade and investment, as well as simply traveling from one country to another, would be severely hampered and much more difficult.

As it stands right now, foreign exchange is the foundation for the interconnectedness between countries. This article will explain the foreign exchange market and its importance, while also giving some tips on exchanging currency.

The forex market is the place where the exchange of currencies occurs. The foreign exchange market is decentralized and over-the-counter. It is the largest and most liquid market in the world, with the most recent triennial survey by the Bank for International Settlements from 2019 listing the daily trading volume at $6.6 trillion.

The trading volume increased from $5.1 trillion in 2016. The three most traded currencies (when a currency is on one side of a trade) are the US dollar at 88%, the euro at 32%, and the Japanese yen at 17%. Banks throughout the world participate in the forex market, but the major trading centers are New York, London, Tokyo, Hong Kong, and Singapore.

The forex market is the largest in the world not just because of its importance to the global economy, but also because of its accessibility. While large financial institutions and multinational corporations participate, so do regular people. Whenever you are traveling to a foreign country and exchanging money, you are participating in the forex market.

Why Is it Important?

This is the manner in which foreign exchange enables international trade. And the same goes for investments – when the US is investing in Iraq, it does so in dinars, and vice versa. Further, the same applies to everyday events like traveling – if you travel to France and exchange dollars for euro, you are participating in foreign exchange.

How Were Things Done Previously?

As international trade, investment, and travel are far from new occurrences, it is natural to wonder how things were done before. In the widest sense, foreign exchange has existed as longs as national currencies and travel between countries has existed, as people have always exchanged currencies for one another.

However, in ancient and medieval times, it was often based on the weight of a precious metal (like gold and silver coins). Later, a currency was backed by a physical commodity (most often gold), and so the exchange rates were fixed. However, these occurrences cannot be considered foreign exchange in the sense we use it today.

You can take 1971 as the year true modern foreign exchange came into being. This was the year the US dollar was no longer based on gold and became a true fiat currency, dragging all currencies that were backed by it along with it. And since then, the forex market has become the largest market in the world.

The exchange rate between currencies is determined by the market supply and demand of currency. And the supply and demand are influenced by a multitude of factors, including the economic strength and political stability of the country issuing the currency, future predictions, economic policies, the amount held in forex reserves, etc. 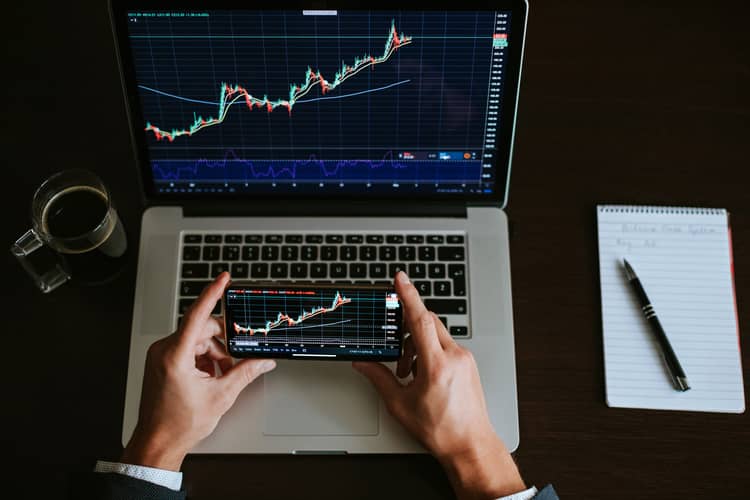 Where Can I Exchange Foreign Currency?

As was previously stated, the foreign exchange market is the most accessible financial market. You can exchange currencies at banks, agents, or even airport kiosks. But the quickest and most convenient way is to go to US First Exchange.

By exchanging your currency online, you can buy and sell any number of currencies, including exotic ones that most banks don’t carry, all from the comfort of your home. Order online and get your currency of choice delivered straight to your doorstep without skipping a beat in your daily activities.