This naturally brings up the question of how it become so prominent so quickly. In this article, we will discuss the origins and evolution of the New Zealand dollar, where it is used and how it is related to the Australian dollar, and take an in-depth look at the coins and banknotes. But before we delve deeper, we should start with the basics.

The ISO code is NZD. The ‘Kiwi’ and ‘Kiwi dollar’ is the nickname of New Zealand’s currency, both because the indigenous bird is a symbol of New Zealand and because the kiwi bird is depicted on the reverse of the 1 NZD coin.

Two series of NZD are currently in circulation – the 1999 and 2015-2016 series. The New Zealand dollar bills prior to 1999 were paper notes and the post-1999 series use polymer notes with enhanced security features.

Thematic Depictions on the Banknotes

All New Zealand dollar banknotes have a thematic design, depicting New Zealand birds on the reverse (alongside other images). Namely:

Alongside the kiwi found on the NZ$ 1 coin and the great egret (kotuku) found the NZ$ 2 coin, all New Zealand legal tender denominated in dollars depicts birds. Only the 10, 20, and 50 cent coins do not have images of birds.

How Much Is the New Zealand Dollar Worth?

The New Zealand dollar is a much more popular currency than the size of the country or its annual GDP would suggest. According to the latest Triennial Central Bank Survey of the Bank of International Settlements, the NZD is the 10th most traded currency in the world on a net-to-net basis and holds 2.1 percentage shares of the average daily turnover.

Concerning the value of the NZD against the dollar, 1 USD is worth approximately 1.47 NZD as of November 16th, 2021. But, as exchange rates often change, it is always best to use a currency converter to check the current rates.

Which Countries Use the New Zealand Dollar? 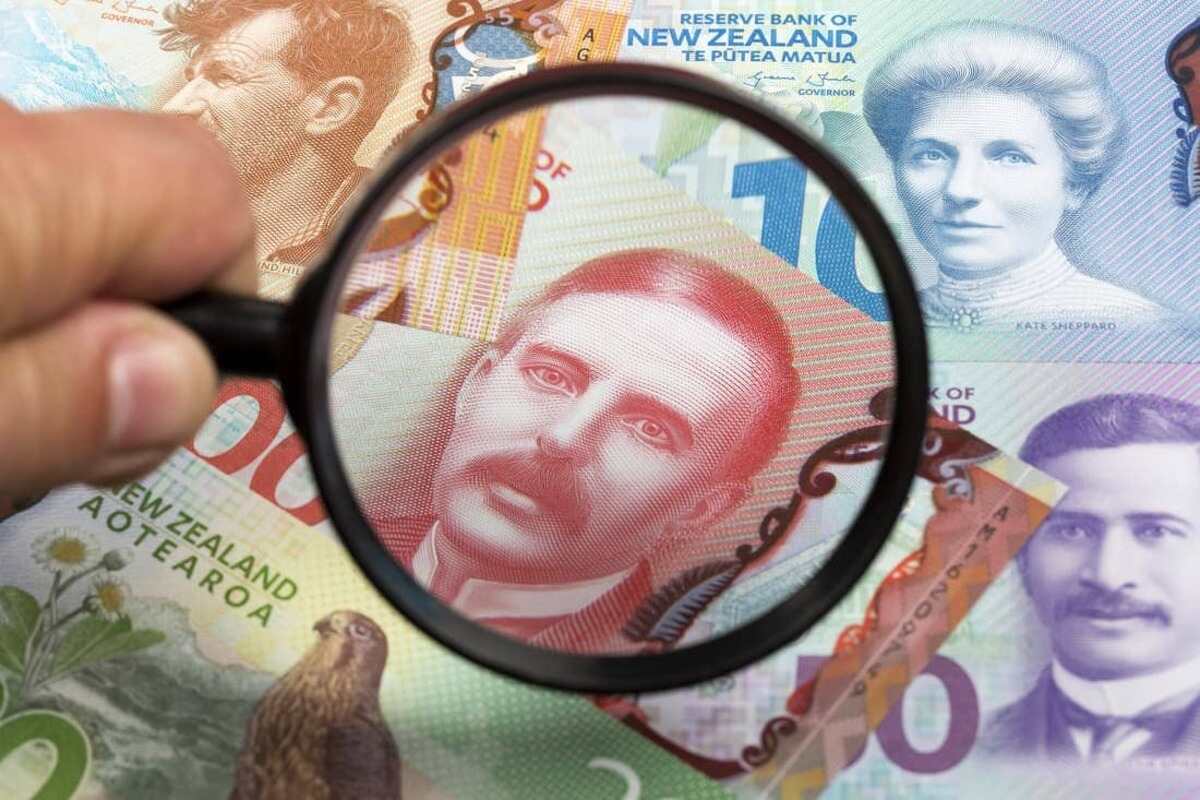 The currency in New Zealand from 1840 to 1967 was the pound. One pound was subdivided into 20 shillings, with there being 12 pence per shilling. Due to the Great Depression and the effect it had on export to the UK, the New Zealand pound was devalued to 16 shilling per pound by Australian banks, which controlled the exchanges with the UK.

When Did New Zealand Go to Decimal Currency?

The New Zealand Government set up a committee to investigate decimal currencies in 1957 and by 1963 the decision was made to decimalize it. The Decimal Currency Act of 1964 prescribed that the currency would be decimalized by 1967.

The name of the new New Zealand currency wasn’t yet decided, and names such as ‘kiwi’ and ‘fern’ were proposed. Eventually, the name ‘dollar’ was chosen (although ‘kiwi’ remains the unofficial name) and that is how the New Zealand dollar became the official currency in 1967. When it was introduced, the NZD replaced the pound at a rate of 2 NZD = 1 pound.

Soon after, in 1973, the NZD released its peg to the dollar and its value was determined against a trade-weighted basket of currencies. Finally, in 1985, New Zealand instituted a floating exchange rate and the value of the NZD has been determined by the financial markets since.

The Correlation Between New Zealand and Australia

Where Can You Get New Zealand Currency?

You can easily order New Zealand currency online at US First Exchange. If you buy or sell New Zealand dollars by credit card, bank draft, or money wire, we will send a fully-insured package to the address of your choice and deliver high-grade banknotes within 24 - 48 hours.