Understanding the Swedish Krona: A Guide to Swedish Currency

Are you planning on traveling to Stockholm? Or do you want to make some money by trading in Swedish kronor? Maybe you are a numismatist looking for exotic collectibles. You could even simply be interested in foreign currencies. If any of these points hit true, you should take an in-depth look at Swedish currency.

And this article is intended to do just that. You will learn about the Swedish currency coins and banknotes, the origins and the history it shares with Denmark and Norway, how instituting the floating exchange rate in 1992 affected the value of the currency, a few tips for using the krona in Sweden, and how the krona is doing today. So, let’s start with the basics.

And you will often hear the krona referred to as ‘crown’ in English, as that is a direct translation from Swedish.

How Popular is the Swedish Krona?

The Swedish krona is the 11th most traded currency on a net-to-net basis according to the Triennial Central Bank Survey, right behind the New Zealand dollar. Its highest position was in 2004, when it ranked no. 8.

History of the Krona

The origins of the Krona can be found in the formation of the Scandinavian Monetary Union in 1873, when Sweden, Denmark, and Norway decided to switch to the gold standard and make their respective currencies be exchanged at par with each other. Starting in 1873 and by 1876, the previous Swedish currency – called the riksdaler – was replaced by the krona. 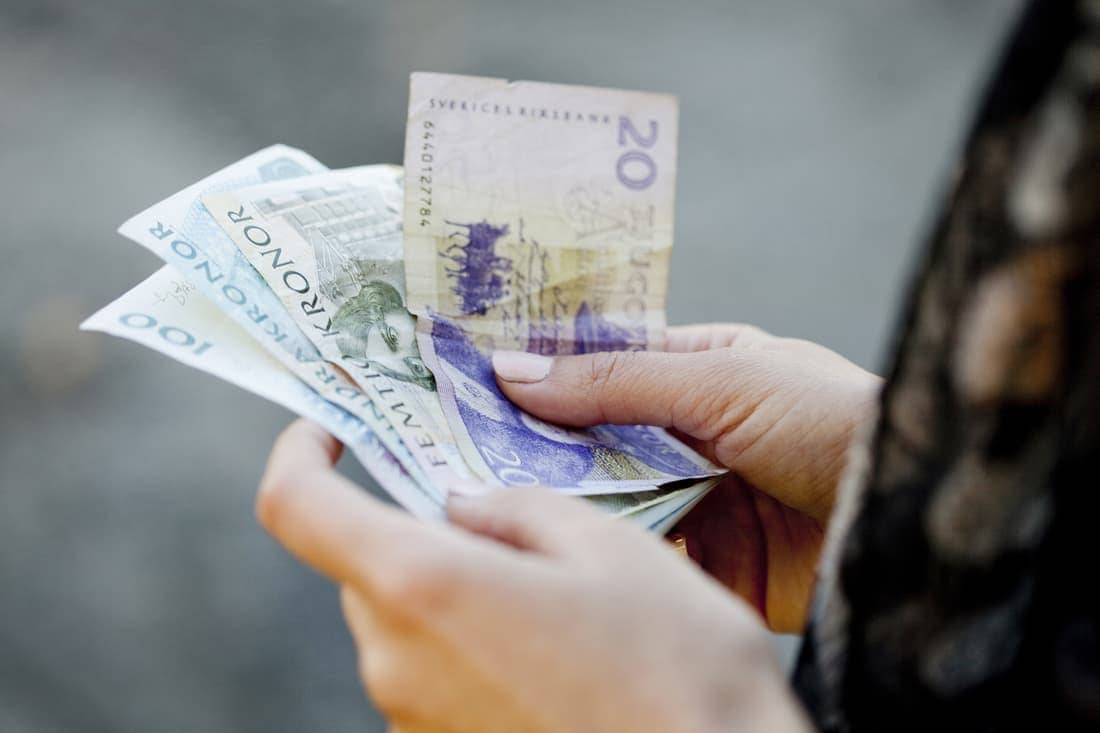 The similarities between the krona and the currencies of Norway and Denmark stem from this Monetary Union. The Union started dissolving in 1914, at the outbreak of WWI, and was formally dissolved in 1924. Thus, either 1873, 1914, or 1924 can be considered the year of origin of modern Swedish currency, depending on your point of view.

The Krona in the 20th Century

The tie of the krona to gold was abolished in 1914, then again established in 1922, until it was abolished for good in 1931. It was later tied to the British pound, US dollar, Deutsche mark, and a currency basket, with the Riksbank tightly controlling the appreciation and depreciation of the currency.

A floating exchange rate was implemented in 1992. Since then, the krona has been allowed to float against other currencies, with the Riksbank only intervening when needed to stabilize the currency. This is the system that has been in force until today.

Among other factors, as a result of a good monetary policy and a relatively stable economy, the Swedish krona has traditionally been considered a safe-haven currency – a currency expected to maintain its value or even appreciate in times of market uncertainty.

That being said, the krona had been depreciating from 2013 to 2020 and standard models have had trouble explaining this depreciation. In practice, this has led to the Swedish krona not being considered as much of a safe-haven currency as it was in the years prior.

Will the Euro Replace the Swedish Krona?

As Sweden is a signatory of the Treaty of Accession of 1994 alongside Norway, Finland, and Austria (although Norway did not join the EU due to the referendum on joining not passing), it is theoretically required to join the Eurozone and convert its currency to the euro. However, a referendum was held in 2003 on adopting the euro.

In the years following the first referendum, there had been some talks on holding another referendum on the euro if the general population supports it. Yet, support for converting to the euro seems to be in constant decline and it is safe to say that the krona will remain the official Swedish currency, at least in the near future.

Can You Pay with Foreign Currency in Sweden?

Stemming from Sweden not signing the euro treaty, only the krona is legal tender in Sweden. Thus, even though Sweden is a member of the European Union, you will not be able to use the euro or any other foreign currency to pay your bills if you travel to Sweden.

How Often Is Cash Used in Sweden?

Using cash for everyday transactions is becoming increasingly rare in Sweden. Sweden is often considered on the cusp of becoming a cashless society, so don’t be surprised if many shops, bars, or restaurants only accept mobile payments or credit cards. On that subject, even some bank branches refuse to handle cash.

Where Can You Exchange Swedish Currency in the US?

If you would like to exchange Swedish krona in the US, go to US First Exchange. You can buy or sell krona online and we will deliver fresh, high-grade banknotes right to your doorstep within 24 – 48 hours of your order.