The Swiss Franc: An Expert’s Guide to Swiss Currency

Switzerland may be known to the general public as the land of chocolate, luxury watches, the famous Swiss army knife (FYI, the terms was coined by American soldiers), and picturesque mountains, but those in the know have had it in their sights for decades because of a much more important reason – the Swiss currency.

The Swiss franc has long been considered the definition of a safe haven currency. And the volume of trade of the franc proves it – it is the 7th most traded currency in the world on a net-to-net basis according to the latest Triennial Central Bank Survey.

In this article, we will take an in-depth look at Swiss currency from its origins to the modern situation, with a focus on the on-going appreciation of the franc that started in the previous decade and is continuing today. We will also provide some tips for using the franc if you are traveling to Switzerland. But before we get to any of that, we should start with the basics.

The international ISO currency code is CHF. The sign for the franc is Fr. in German and fr. in Italian, French, and Romansh, the four national languages of Switzerland. The older symbols SFr. and fr.sv. are no longer in use.

The Franc is One of the Most Secure Currencies

The Swiss franc is one the most forgery-proof currencies in the world. The advanced printing techniques and security features allow forgeries to be spotted with the naked eye, in many cases. In the previous decade, only 150 to 400 counterfeits were reported per year to the Federal Office of Police, and that is not due to government inaction on tracking forgeries.

How Much Is a Swiss Franc Worth in US Dollars?

1 USD is worth approximately 0.91 CHF, as of late January 2022. However, as currency rates can change daily, it is always the best option to use a currency converter to check the accurate daily rates.

The Origins and Development of Swiss Currency

To understand the origins of the Swiss franc, we must first know a bit about the history of Switzerland. Modern-day Switzerland is a confederation made up of 26 cantons (the member states). In the 18th and first half of the 19th century, there was no form of central government that issued one official Swiss currency.

Prior to 1798, there were approximately 75 institutions that minted coins in Switzerland. This led to about 860 different types of coins, with different values and monetary structures, being used in Switzerland. Some currencies, like the Brabant dollar and French franc, were relatively widely accepted throughout Switzerland, while most were local, cantonal currencies.

Finally, in 1848, the Swiss Federal Constitution stipulated that the Federal Government is the only institution permitted to issue money in Switzerland. Then, in 1850, the Federal Coinage Act was passed and it made the franc the official Swiss currency. When it was introduced, the Swiss franc was at par with the French franc.

The Latin Monetary Union was established between Switzerland, France, Italy, and Belgium in 1865 and officially lasted until 1927, although the dissolution was evident in the early 1920s. These countries agreed that the value of their national currencies would be equivalent to 4.5 grams of pure silver and the franc remained under the system until 1936.

Why Is the Swiss Franc So Strong? 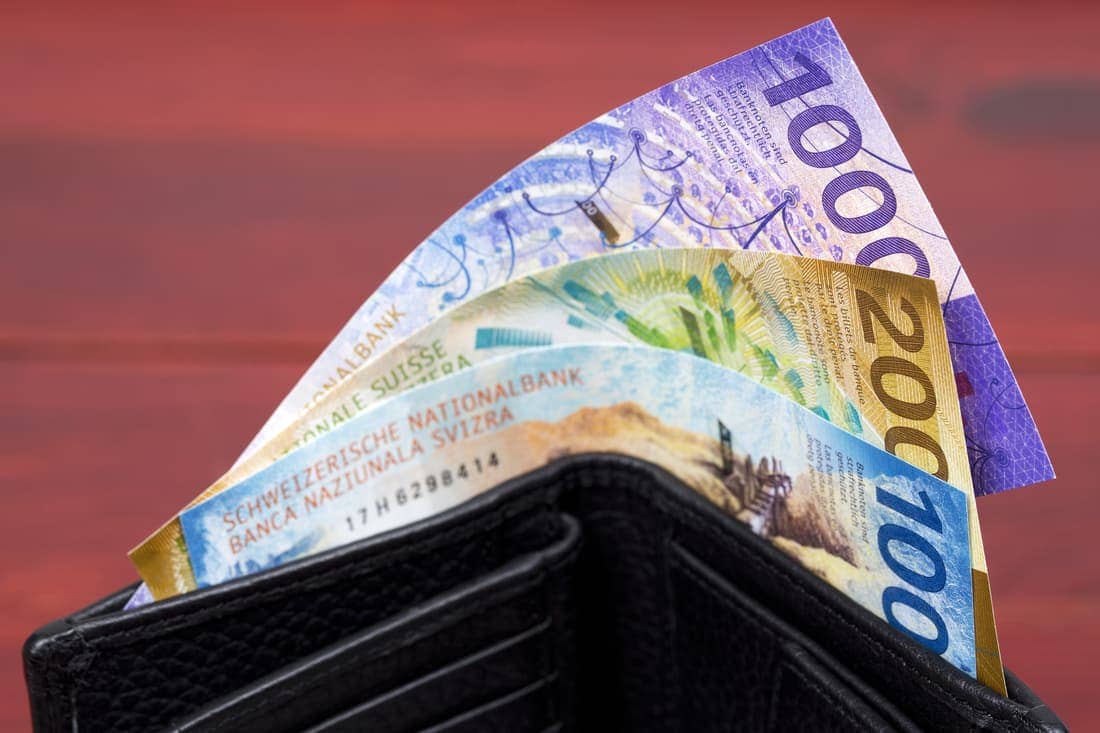 Many factors play a role in establishing the value of a currency; for Switzerland, political stability and the monetary policy implemented by the Swiss National Bank since 2000 have been major factors in keeping the franc stable, although the SNB has always attempted to restrain the franc from appreciating too sharply.

The Swiss franc is considered a safe haven currency – a currency that is expected to retain its value or increase in value, even during times of crisis. Consequently, when the Eurozone crisis hit in 2009 and the euro faced sharp devaluation, many investors flocked to the Swiss franc and the franc experienced a sharp appreciation.

Among other things, this appreciation had a negative impact on the Swiss economy – Swiss exports were less competitive. As a response, the franc was pegged to the euro in 2011 in an attempt to keep the value low against the euro. This kept the franc stable until the Swiss National Bank decided to remove the peg to the euro in 2015, as it viewed the peg as unsustainable.

The Swiss franc appreciated again in 2019 when the COVID-19 pandemic hit. The weakness of the euro, combined with low Swiss inflation, almost caused the franc to reach its 2015 level. As of 2022, the Swiss franc is continuing to maintain a high value against the euro and US dollar.

Should You Carry Cash When Traveling to Switzerland?

As Switzerland is a technologically and economically advanced country, it could be expected that they are transitioning to a cashless society, much like Sweden. However, the opposite is true. Cash is still very popular in Switzerland for everyday transactions. You can even pay in euros and get change in francs according to the daily exchange rate.

Where Can You Exchange Swiss Currency?

You can exchange Swiss francs in many exchange shops and airport kiosks, but the easiest way is to order online at US First Exchange. You can buy or sell CHF online in 4 easy steps and we will deliver high-grade banknotes right to your chosen address within 24 – 48 hours.