What Is the Strongest Currency in the World?

With everything going on globally, many people would like to know what is the strongest currency in the world right now. If you thought that the American dollar has the highest value on the market, you would be wrong, but it is in the top 10.

The value of a currency is determined by supply and demand on the national and international market, as well as many other factors, such as inflation, interest rates, and capital flow. Countries that have oil and natural gas as their main trading source tend to have higher-value currencies, but if a country has a history of high inflation and conflicts its currency tends to be weak.

What Is an Exchange Rate?

A fixed exchange rate is when one country locks its currency to a secure anchor currency, such as the American dollar or the euro. Floating currencies are the ones that follow global market trends, and most of the world currencies have a floating exchange rate.

According to the United Nations’ legal tender, there are 180 currencies across the world. Some of them are frequently traded on a global market, such as the US dollar, euro, Japanese yen, and the British pound.

Others are used very rarely on the global market but have an important role in the national economy, and their strength is probably lower. Here we laid out the top 10 currencies and as number 1 we listed the strongest currency in the world.

The US dollar has made the top 10 list and although not the strongest currency in the world, it is the most traded one. The American dollar is the official currency of the United States of America, with the most recognizable symbol - $.

The dollar is minted by the Federal Reserve and many central and commercial banks all over the world hold it. The US dollar is an anchor to many fixed-rate currencies because it is stable.

The Swiss franc is worth 0.94 for 1 dollar and it is the ninth strongest currency in the world. It is historically in the top 10, because of its stability and the geopolitical neutrality of Switzerland. However, Switzerland is not the only country to use it - it is used in Liechtenstein and in one part of Italy called Campione d’Italia.

This currency is probably what comes to your mind when you ask “what is the safest currency in the world” and you would be right. The Swiss franc comes in six denominations, the smallest one being worth 10, and the largest being worth 1000 francs.

The euro is a young currency used since 1999 in the Eurozone, and right now nineteen counties have the euro as their official currency. The symbol € takes inspiration from the Greek alphabet, and the name is honoring the integration of European countries.

It is issued by the European Central Bank and comes in eight different denominations: 1 and 2 euros are coined, while 5, 10, 20, 50, 100, and 500 come in colorful bills. Although not the strongest currency in the world, the euro was an anchor currency for the Swiss franc until 2007 and is still an anchor to currencies of many developing countries.

The seventh place for the strongest currency in the world goes to the Cayman Islands dollar. This shouldn't come as a surprise, because of the Cayman Islands’ reputation as an offshore and tax haven. It is fixed to the US dollar and it is a strong and safe currency - 1 USD = 0.83 KYD.

If you were to exchange one Gibraltar pound for dollars, you would get 1.23 USD, but it is much more frequently exchanged for euros. GIP is pegged to and exchangeable with the British pound sterling at par value. There are five banknotes and six coins that represent denominations of the Gibraltar pound. 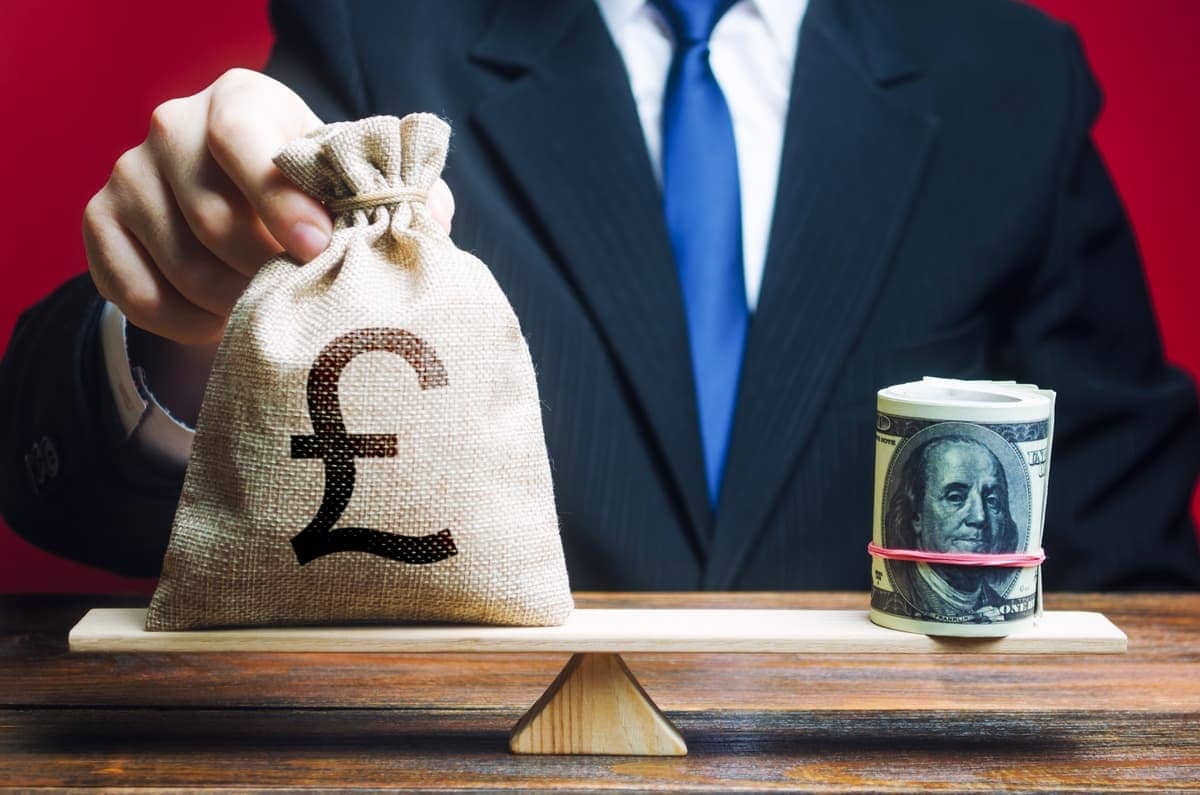 The symbol for GBP is £ and the banknotes are issued by the Bank of England in Great Britain and Northern Ireland. However, the pound is also used in British overseas territories such as the Falkland Islands, Saint Helena, and Bermuda, where it is issued by those countries’ central banks.

There are four denominations of the British pound in circulation, and they are worth £5, £10, £20, and £50. All of them honor the current queen Elizabeth III and each banknote features an important person from the UK - the likes of Sir Winston Churchill, Jane Austen, Alan Turing, et cetera.

Although a relatively small country, with a population of just above 10 million people, Jordan managed to become an economy with the fourth-strongest currency in the world. One Jordanian dinar is equal to 1.41 US dollars, and it is pegged to it since the beginning of this millennium.

If you were wondering what is making the Jordanian dinar so expensive, it is because the government fixed the rate. This keeps Jordanian currency mostly stable, as opposed to floating currencies which are controlled by demand and supply.

There are five banknotes, valued at 1, 5, 10, 20, and 50 dinars, with important Arab leaders on their obverse sides, and important historical places on their reverse sides.

The Omani rial ended up in the top three of our “strongest currency in the world” list. This is another Arabian currency with a high purchasing power and it is official in the Sultanate of Oman. One US dollar can be exchanged for 0.38 Omani rials. The strength of this currency is dependent on the US dollar, as well as Oman’s oil export.

This country issued banknotes worth ¼ and ½ of one rial, to ease the purchasing process for its consumers. Also, one rial is divided into 1000 units called baisa, which is something that holds the strength of the rial. For a baisa to have worth, the rial has to have a high value.

The second strongest currency in the world is the Bahraini dinar, another Arabic currency divided into 1000 units and pegged against the US dollar. This Western Asian country exports a lot of refined petroleum products, and its economy is very dependent on oil and gas.

If you were to travel to Bahrain, you would use a lot of coins valued at 50 and 100 fils, and banknotes such as ½ of a dinar, 1 dinar, and five dinars. Their banknotes are colorful and are honoring this country’s dependency on sea, oil, and gas.

On the top of this list stands the Kuwaiti dinar, the strongest currency in the world. One Kuwaiti dinar will get you 3.28 USD or 3.03 euros. It is a small country but rich in oil and gas, and a very important player in the global market.

It has often been anchored against other stable currencies, most recently to the USD, but right now the Kuwaiti dinar is a floating currency. It was first issued in the early 1960s after the country gained independence from the UK.

What is the Safest Currency in the World?

The strength of a currency is important at any given moment for trading purposes, but a currency that is high in value right now can lose its value in a few months. That is why it is important to note that, in the global trading market, strong does not equal safe. Investors seem to think that Switzerland, Canada, and Australia have the safest currencies in the world.

The Swiss franc, Canadian dollar, and Australian dollar are the safest currencies to invest in according to many experts.

What World Currency is the Weakest?

Where Can I Buy Foreign Currency?

If you are interested in buying the strongest currency in the world, or some of the others in this list above, visit US First Exchange, pay by credit card, and have the currency of your choice delivered to your address in cash.