The Russian Rouble: A Complete Guide to Russian Currency

Russia is one of the world’s largest nations. Russia is one of the major players on the world political stage. Russia has a history stretching well over a millennium. And all of these things are deeply intertwined with the economy. Consequently, it’s only natural that many people are interested in the Russian currency – the rouble.

The currency of a country is a good indicator of past, present, and future happenings within a nation for those that know where to look. And there aren’t many currencies that have experienced the volatility that the rouble has.

In this article, we’ll cover the origin of the rouble, take a look at the past few decades to understand how it got to where it is today, point out some trends, and give a few tips on exchanging it. But first, well start with the basics of the Russian currency.

The Basics of Russian Currency

The Russian rouble (alternative spelling: Russian ruble) is the official currency of the Russian Federation. Similarly to, for example, the South African Rand, the rouble is also used in other territories; namely: Abkhazia, South Ossetia, Donetsk, and Luhansk. These are partially recognized or unrecognized republics and the complex politics will not be covered here.

The official symbol of the Russian currency is ₽, but ‘p’ is also used colloquially. The ISO code for the rouble is RUB. One Russian rouble can be divided into 100 kopeks. It is issued by the Central Bank of the Russian Federation.

The obverse of the ₽100 commemorative banknote from 2018 features a football displaying Russian territory, including Crimea. Displaying the symbols of Crimea on these banknotes has caused friction with countries that do not recognize Crimea as part of the Russian Federation. In 2017, the National Bank of Ukraine even issued a ban on using these three notes.

What Is the Current Exchange Rate for the Russian Rouble?

1 US dollar is worth approximately 72.75 Russian roubles as of November, 2021. However, because Russian currency is unstable and often fluctuates, you should always use a currency converter to check the daily rates if you are interested in the current situation.

A Historic Overview of Russian Currency

The rouble traces its origins back to the 13th century. However, the rouble was used as a designation of silver weight and not a full-fledged currency in its own right. According to one theory, the name rouble derives from the Russian word rubit, which means to cut/chop/hack, because a rouble was a cut-out portion of a grivna (a currency and weight of measure in early East Slavic countries).

In 1897, Russia switched to the gold standard and the silver rouble was replaced with a gold one. Only a few decades later, during the early years of WWI, gold roubles could no longer be found in circulation and paper money was no longer convertible.

Soon after, Russia started experiencing high inflation. Starting from 1917 and in the subsequent years, spurred in part by the Russian Revolution, Russia entered a period of hyperinflation. From 1917 to 1922-23, the rouble was essentially worthless.

The new government instituted a parallel currency – the chervonets – and re-established the gold standard. 1 chervonets was pegged to 10 roubles. The chervonets lasted until 1947, when the rouble was restored as the only currency of the Soviet Union. The remaining gold chervonets minted in 1923 and 1925 are very rare and highly collectible. 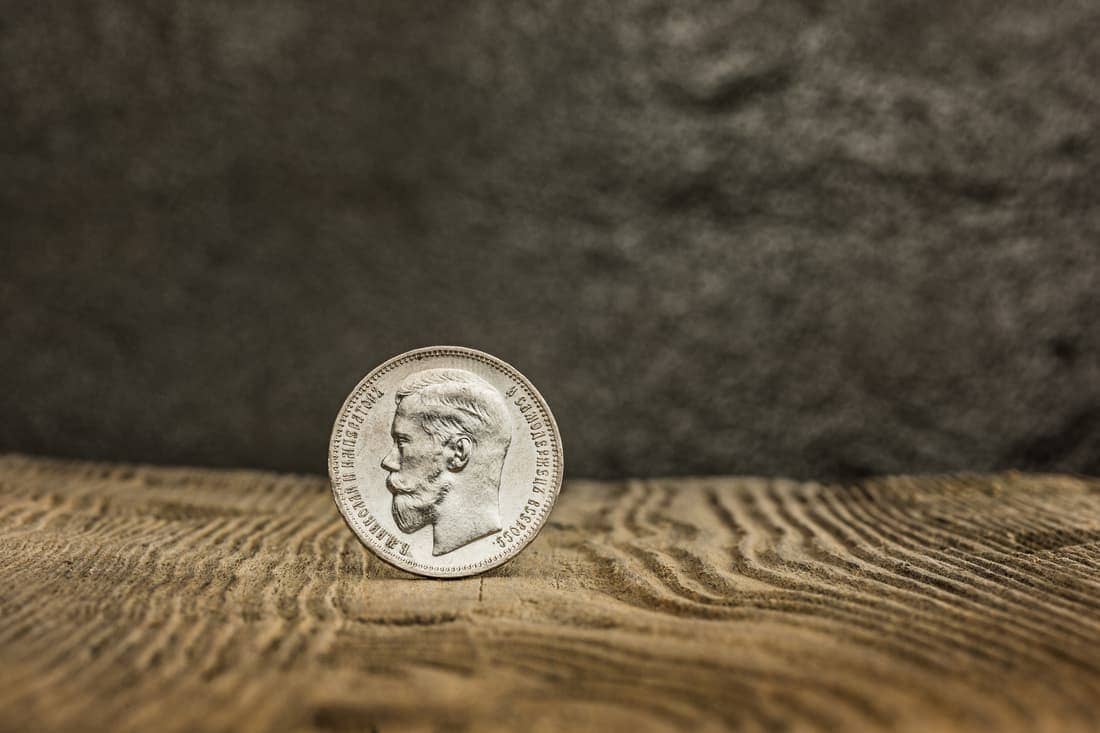 The Rouble During and After the Dissolution of the Soviet Union

The Second Rouble from 1998 to Today

The financial crisis, accompanied by political instability and other associated factors caused the value of the rouble to drop in comparison to the US dollar from approximately 1 USD : 6 RUB in August of 1998 to 1 USD : 20 RUB in the following six months.

Somewhat surprisingly, the Russian Federation recovered relatively quickly from the financial crisis, in large part due to rising oil prices. From 2000 – 2001 to 2014 the rouble was relatively stable. Even during the Great Recession of 2007 – 2009, the rouble held steady. Further, in 2010, China and Russia started using their national currencies for bilateral trade, where previously the USD was used.

However, from 2014 – 2016, the rouble experienced a sharp decline in value and caused a new financial crisis. The value of the rouble nearly halved in these two years. From 2017 to today, the Russian currency and economy have been relatively stable, at least as far as the rouble goes.

Is There a Takeaway?

One thing can be said for certain – the Russian rouble is a volatile currency. It is very difficult to make predictions and you should be extremely wary if you plan to invest in Russian currency. The volatility of the rouble provides ample opportunity for potential profits, but it is just as easy to make a wrong assessment.

Should You Exchange Money Before Going to Russia?

Let’s end on a lighter note. If you are planning a trip to Russia, it’s best to have some roubles in cash on you at all times. You shouldn’t have any issue exchanging your money in larger cities and towns. But there is a chance you won’t have access to ATMs if you travel to more rural areas.

While locals may let you pay in euros or dollars, such transactions are forbidden and you may get fined. And try not to exchange your money at airport kiosks because of the high fees and be careful of the more common tourist traps.

Can You Place Online Money Orders for the Rouble?

Because of the volatility of the Russian currency, it can be hard to exchange it in the United States. But US First Exchange carries many major and exotic currencies, including the Russian rouble. You can

online and have high-grade banknotes delivered to your doorstep.

US First Exchange is a money services business registered with the US Treasury and complies with all federal and state regulations. We will securely deliver any amount of currency you order within 24 – 48 hours, right to your requested address.