South Korea has entered the cultural zeitgeist in dramatic fashion through the spread of its pop culture and is quickly becoming a popular tourist destination. It’s also quickly becoming one of the most prominent tech and information hubs in the world. But how has all of this been reflected on the South Korean currency?

Surely, such a drastic rise to prominence must have had an effect on the South Korean won. And it has, but maybe not as much as many people would expect. In this article, we’ll discuss the history and recent tendencies of the South Korean won, share some interesting facts, and give an overview of the exchange rates. But we need to start with the basics.

The ISO code for the South Korean won is KRW, and the symbol is ₩. One won is subdivided into 100 jeon, although jeon are no longer used for everyday transactions and are only relevant in the forex market. The South Korean currency is issued by the Bank of Korea, based in Seoul.

Because of concerns that won bills were regularly counterfeited during the 2000s, a new, redesigned series with advanced security measures was introduced. All post-2006 banknotes of the won have at least 10 security features.

Some of the more common features are three-dimensional images, color-shifting ink, and watermarks. The Korean mint even started adding a new substance to the ink that helped detect counterfeits. This detection technique was later exported to Europe and North America.

The Volatility of the South Korean Currency

The South Korean won is known to be one of the most volatile currencies in the world. This is due to its reliance on exports, which are vulnerable to changes in the global economy, as well as its high dependence on foreign capital.

In addition, the South Korean won is affected by geopolitical tensions between South Korea and its neighbors, such as North Korea, China, and Japan. The South Korean won has seen enormous swings in value over the past few years. For example, in the fall of 2014, the won lost about 20% of its value in a matter of weeks.

This was due to investors’ concerns about the Chinese economy, as well as the impact of geopolitical tensions between South Korea and North Korea. In 2015, the won saw another sharp decline, dropping by more than 10% in just a few months. This time, the cause was the strength of the US dollar, which made the won look less attractive to investors.

Overall, the South Korean won is a very volatile currency, and its value can change dramatically in a short amount of time. Investors should be aware of the risks associated with investing in the won and be prepared for sudden changes in its value.

History of the South Korean Won 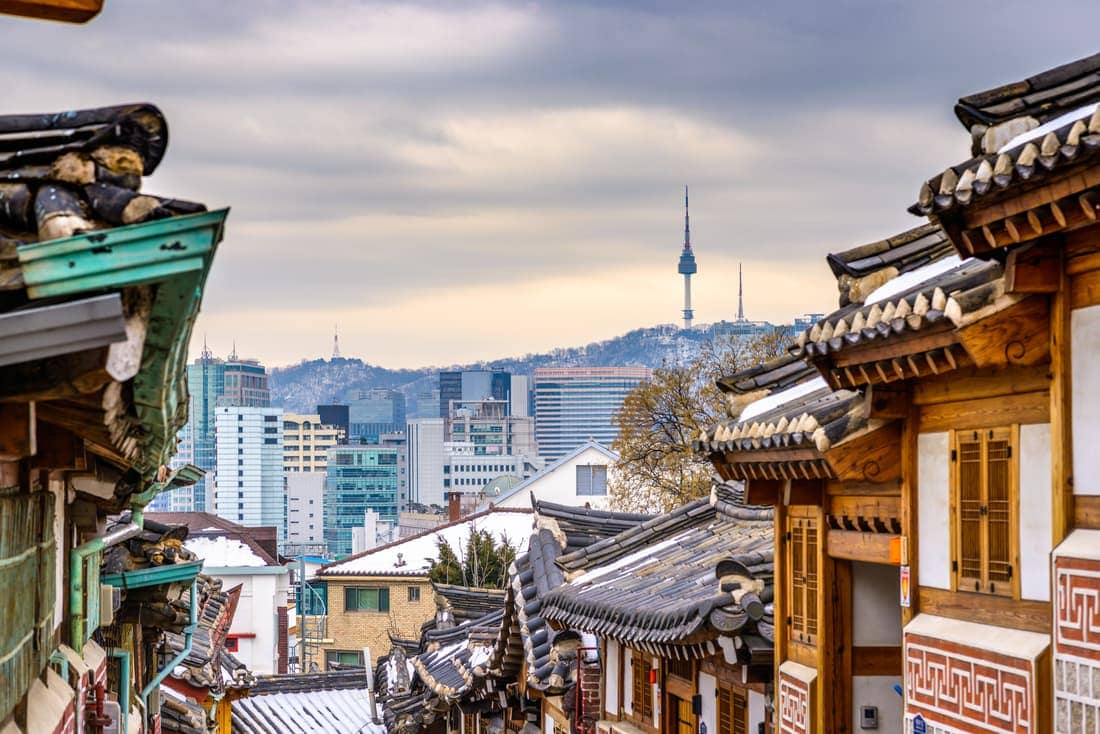 The won was introduced as an official South Korean currency in 1902, during the time of the Korean Empire. It derives from the Spanish-American dollar, the currency most commonly used for trade between the Americas and Asia until the 19th century.

The Korean Empire adopted the gold standard in 1901, joining many other countries that had done the same, and started issuing the won the following year. It replaced the yang, the Koren money from 1892. The first won coins that were minted were 90% gold and came in denominations of 1, 5, 10 wines.

In 1904, following the Japanese victory in the Russo-Japanese War, Japan occupied the Korean peninsula and started controlling Korea’s financial policy. The Bank of Korea was shut down and gold Korean won coins started being minted in Japan.

Then, in 1910, the Japanese Empire formally annexed Korea and replaced the won with the Korean yen. The Korean yen was equivalent to the Japanese yen and was in use until the end of World War II.

The North and South Korean Won

After World War II, as Korea divided into North and South, the won was reintroduced separately. When it was introduced, the South Korean won had a fixed exchange rate to the US dollar, at a rate of 15 wones to 1 dollar.

However, South Korea faced high inflation and the South Korean currency quickly devalued over the next few years, largely because of the Korean War. By April of 1951, 1 US dollar was worth 6,000 wones. The won was replaced by the hwan in 1953, with 100 wones being equal to 1 hwan. So one dollar was equal to 60 hwans.

The steep rate of inflation didn’t stop with the introduction of the hwan and by 1961 one US dollar was worth 1250 hwan. The won was reintroduced in 1962 and that finally saw a stabilization of South Korean currency and a slowing down of inflation. One new won was worth 10 hwans.

Unfortunately, right as the won started having a floating exchange rate, the 1997 Asian financial crisis happened. Indonesia, Thailand, and South Korea were the countries most affected by the crisis and the South Korean won lost almost half of its value.

On a positive note for South Korea, the country recovered relatively quickly and its currency has been stable, at least in comparison to the prior decades, since.

Why Is South Korean Currency so Weak Compared to the Dollar?

As we’ve listed above, multiple periods of inflation and the devaluations of South Koran currency have led to the won being very weak against the dollar. Further, the won has also been in decline in 2021, primarily because of rising oil prices and growing inflation.

All of this has led to 1 USD worth approximately 1275.25 KRW as of December 2022. But due to the volatility of the won, the rates can change quickly, and you should use a currency converter if you are interested in the current exchange rate for the won.

Is North and South Korean Currency the Same? 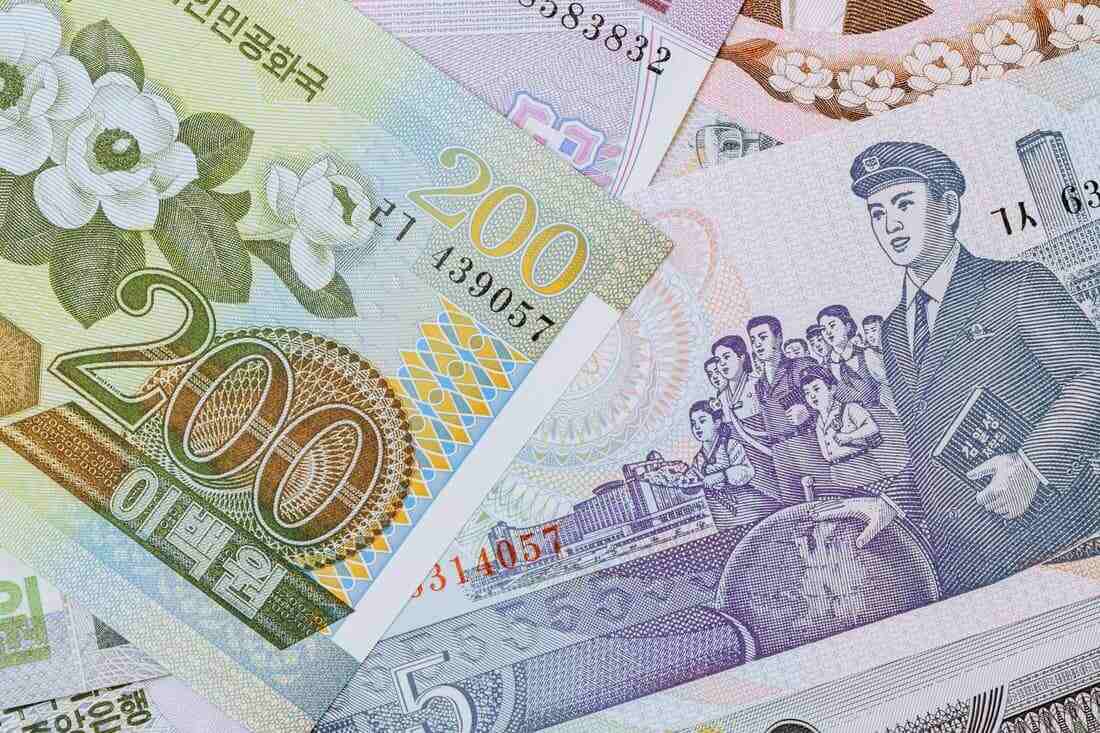 Some Interesting Facts About the South Korean Won

The Names Won and Jeon

Won is a cognate term with the Japanese yen and Chinese yuan and is derived from a symbol that designates the round property of an object. Won is also a given name in South Korea. Conversely, jeon (the subunit of the won) means ‘money’.

Interestingly, an alternative form of spelling of won is ‘hwan’ – the same as the South Korean currency from 1953 to 1962.

Size of the Bills

Won Coins May No Longer Be in Circulation

Since 2017, the Bank of Korea has initiated a trial wherein instead of accepting change in coins, consumers in certain stores can deposit the change into prepaid cards. This could lead to a total cessation of the production of won coins.

The ₩50,000 bill is the only one depicting a woman. It depicts Shin Saimdang, who is considered to represent the archetypal Korean woman and a ‘wise mother and good wife’. She was a 16th-century Korean artist, calligrapher, poet, and scholar of the Joseon Dynasty.

She is remembered for her accomplishments as an artist and her role in the development of Korean culture. She is best known for her artwork of landscapes, figures, and flowers, which was highly praised by her contemporaries. Her works are considered some of the greatest pieces of art in Korean history.

What Are the Predictions for the South Korean Won in 2023?

It is difficult to predict the South Korean won's value in 2023 as it will be determined by a variety of factors, including economic conditions, policy changes in South Korea, and the global economy.

However, some experts predict that the South Korean won could appreciate in value against the US dollar in the long run. It is extremely difficult to make predictions regarding volatile currencies such as the won. What is certain is that the South Korean won has a historical tendency to devaluate. Conversely, South Korea is the fourth-largest economy by GDP in Asia and a strong economy is one of the factors that can influence the strength of a currency.

Can You Place Online Money Orders for the Won?

Not many banks or exchange offices in the US hold South Korean won. But you place online money orders at US First Exchange and get your currency delivered right to your doorstep. Pay by credit card, bank draft, or money wire, and expect your currency to arrive within 24 – 48 hours.