Before comparing Bitcoin to exotics like the Dinar, let’s start this discussion with an understanding of what cryptocurrencies are. You’ve likely heard of Bitcoin because it will occasionally appear in news cycles as it either soars in value or sinks to deep lows.

Bitcoin is just one of many cryptocurrencies and the most heavily traded. But there are more. As of April 2020, there were 5,392 cryptocurrencies. This can fluctuate over time as new cryptos are created and others dissolve out of existence.

The most popular cryptocurrencies currently traded are:

What really are cryptocurrencies? You can’t hold them. You can’t ask your banker for one. There are a limited number of outlets where you can trade them, and very few retailers will accept them in the marketplace. In fact, if we look at how cryptocurrencies vs. exotic currencies are used, we find they are actually quite similar.

What are Exotic Currencies?

In contrast, exotic currencies are often used in local markets, but they are not used so much in global trade and commerce. However, they can be spent locally in their country of origin. Several popular exotics currencies are:

The two major forces of liquidity driving the exchange rate between two currencies are natural supply and demand, and the relationship between those two currencies. Exotic currencies do not have as consistent demand as major and minor currencies and this contributes to their relative volatility. Volatility can produce huge spikes in prices or huge drops, making these instruments popular for traders. This can also make travel to these other countries less expensive.

To summarize, here are some of the characteristics of exotic currencies:

However, because demand for these currencies is not currently high, it is easier to enter these markets. Is this starting to sound familiar? Sounds a lot like trading cryptocurrencies.

Comparison Between Cryptocurrencies vs. Exotic Currencies

Today the biggest attraction to cryptocurrency is that it’s subject to price explosions which is how many people have generated profit from investing in crypto.

The price of Bitcoin is determined by an open market, similar to all precious metals, commodities, and even most currencies. Even the few currencies that are backed by gold rather than a central bank are still affected by market prices. The market is just one step behind, determining the price of the gold rather than the currency.

Exotic currencies function in much the same way. Because they are part of markets that are emerging and often less stable. Small events within the countries can trigger volatility in the currency driving the price either up or down.

You’ve probably seen charts analyzing the performance of the Iraqi Dinar or Vietnamese Dong over time. There are sharp spikes throughout the charts. Cryptos like Bitcoin show similar trends due to their volatility. This can be seen in an exchange rate graph (BTC to USD): 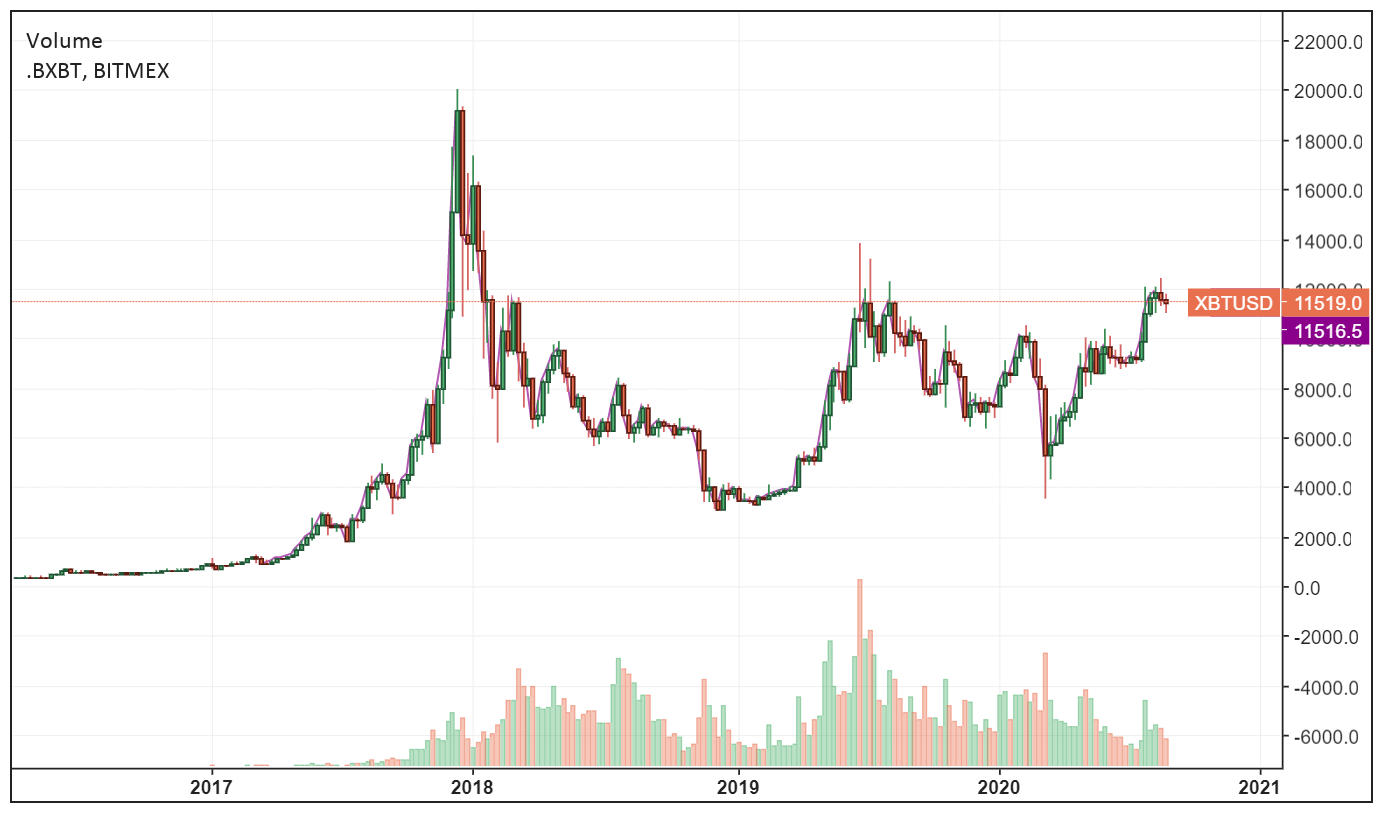 Over time there are huge exchange rate swings. Other popular cryptos show similar swings, but investors continue to speculate on Bitcoin, where they hope to buy low and sell high. These huge swings are the reason many investors gamble on cryptos; there is the possibility it will explode in price and yield a huge return.

What Does Bitcoin Have in Common with Exotic Currencies Like Iraqi Dinar? 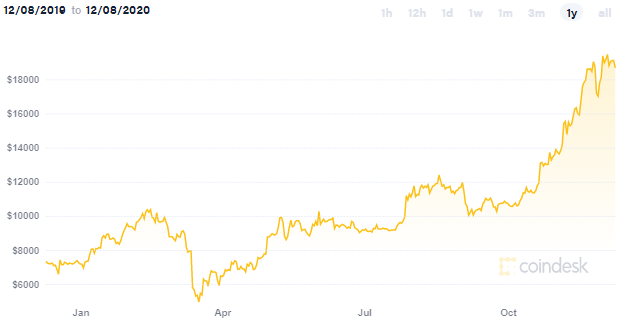 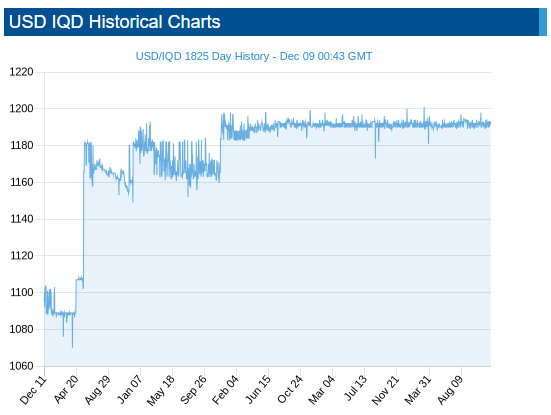 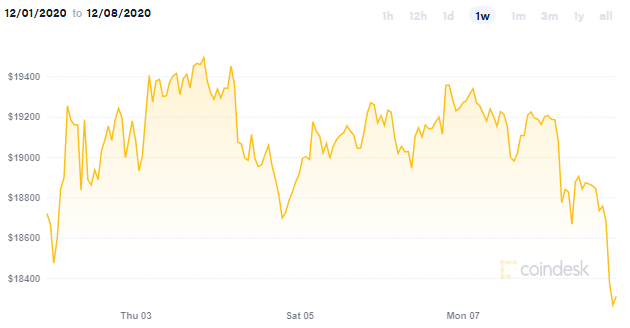 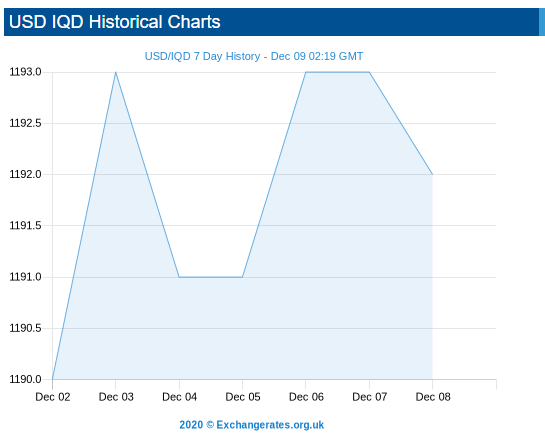 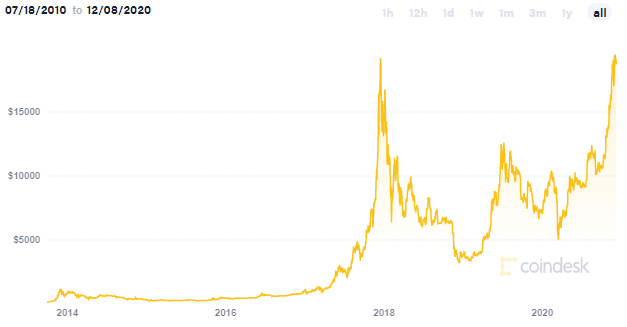 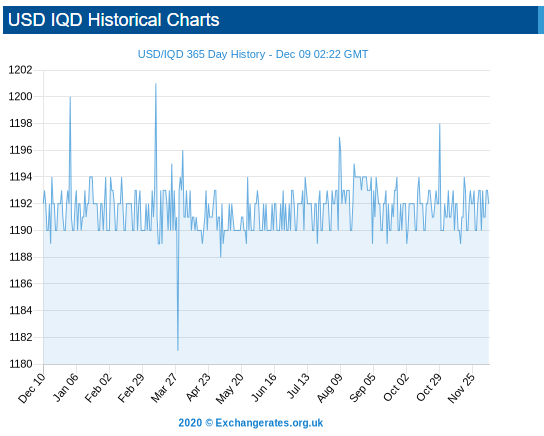 Not surprisingly, these charts look very similar. Cryptocurrencies and exotics have performed very similarly over time. In this example, the Dinar has gone through large value jumps, but it is more stable than Bitcoin or other cryptocurrencies.

Many investors today are enamored by the technology and novelty of cryptos and run to those markets. Yet they don’t consider the possibility that exotics have, even though they perform and act very similar. Exotics can be bought, sold, and shipped straight to your front door, and exotic currencies like Iraqi Dinar can even be bought with a credit card.

At US First Exchange, we deal in a range of currencies, including exotic currencies like Iraqi Dinar and Vietnamese Dong. You can order foreign currency online and have your money shipped straight to your door in 24-48 hours. All shipments are fully insured, and we pride ourselves on having the industry’s lowest spreads.